Junked American cars do a roaring business in Georgia

When cars die in the U.S., they often find a second life in the Caucasus. 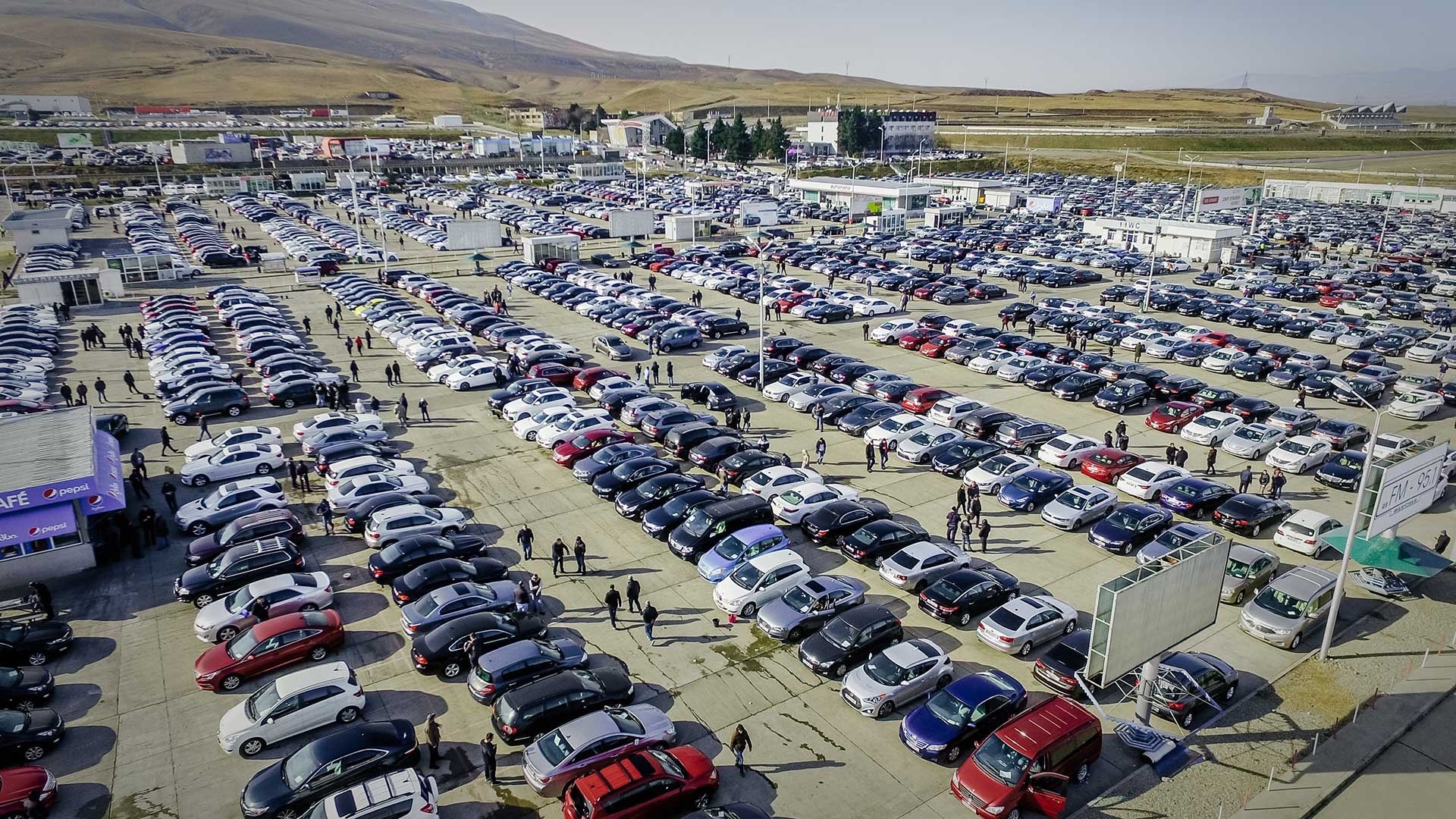 The black Toyota RAV4 was almost 15 years old – getting up there in car years – but it looked spanking new in the photos on Georgia’s largest automobile trade website. Dozens of other listings showed more SUVs also looking fresh off the assembly line, their model year notwithstanding. But there is a catch.

Look up these cars’ histories using their vehicle identification (VIN) codes and it becomes clear that they have taken a bad beating, many in accidents so bad the cars were assessed as totaled by insurance companies in the United States, the origin of most of Georgia’s wheels.

In its online history, this particular RAV4 looked like it had been run over by a train at least once in the U.S. Its entire front had been ripped off in an accident and the rest of the body was mangled into shapeless junk. It had been sold at auction for a few hundred bucks.

But it was nothing a Georgian couldn’t fix.

In their various states of ruin, tens of thousands of America’s discarded vehicles are shipped to Georgia every year, where an army of mechanics gets to work stitching them back together, rewiring and repainting them. To mark a car’s rejuvenation, its odometer often is rolled back as well.

The vehicle is polished to perfection and put on the block. An amateur eye may not even notice the Frankenstein monster inside the gleaming façade.

“Americans give up on their cars a little too easily,” laughed Revaz Nikolaishvili, a car dealer in Tbilisi who specializes in importing and reselling Toyota and Subaru compact SUVs. “We can take a discarded car and extend its life by decades; we make them run until their last breath.”

Georgia has become a regional hub for the used car industry. Though dominated by individual resellers, it is big business: Selling cars, primarily used ones, is Georgia’s second largest category of exports, behind only copper ore and concentrates in 2021. The business accounted for nearly 11 percent of the country’s total exports.

A combination of cheap labor, relatively low taxes, little red tape and Georgia’s location on an international transit route has spurred a steady growth in the automobile import-export business. The pandemic put the brakes on the trade, but it went bullish again in 2021 and exports are now on track to catch up with the pre-pandemic record of $733 million in 2019.

The first half of 2022 saw a whopping 31 percent year-on-year growth, and the cars’ share in exports has risen to 12 percent.

Car enthusiasts from the United Arab Emirates have become Georgia’s most extravagant customers, purchasing new luxury vehicles from licensed dealers at an average price of $66,000 per pop, according to government statistics.

But the bulk of the business is in cheaper cars sold to other countries in the former Soviet Union.

“I know it had been gutted and reassembled, but they’ve done a good job: it runs well and looks good,” one Kazakh man told Eurasianet after taking a 2021 Toyota Land Cruiser for a test drive at Georgia’s largest physical automobile market, in the town of Rustavi just outside Tbilisi. “Plus, the newer and fancier the car, the more it makes sense to buy them here, because back home they charge a higher rate of taxes and duties on the older cars,” he said.

For Kazakhs pounding the pavement at Rustavi’s vast lots, the favored model is a Toyota Camry, preferably under three years old. Since Kazakhstan sets its customs clearance rates proportionate to the engine size, horsepower and age, the newer iterations of this economy sedan with its unassuming 1.8-liter engine have become bestsellers among Kazakhs, dealers in Rustavi say.

Another Kazakh man at Rustavi said he could save thousands of dollars buying a three-year-old Camry in Georgia and having it shipped back home.

The second largest ex-Soviet economy after Russia, Kazakhstan has emerged as the third-biggest car importer from Georgia. The top spot is occupied by next-door Azerbaijan, which snaps up over half of automobile exports from Georgia.

Ukraine used to come in second, but sales nosedived after the start of war in February and gears have now shifted toward Ukraine’s invader. Exports to Russia have jumped by 72 percent, amounting to $14 million worth of cars in the first six months of 2021.

“The Ukrainian market has been replaced by Russia this year,” the founder of Global Auto Import, Vano Bichinashvili, told the business news television show Sakmiani Dila. “Car plants have closed down in Russia, so Russians are increasingly buying cars from here.”

Major foreign automakers pulled out of Russia after the West imposed sanctions, prompting Russian drivers and dealers to turn to neighboring countries like Georgia and Armenia.

“Take a gander at this Porsche Cayenne,” says one Russian car dealer as he strolls around the Rustavi market in a video guide to buying cars in Georgia. “This is a ‘sanctioned’ car and you can’t get it in Russia anymore.” The guide, identified only as Mikhail, says that given rising prices on automobiles in Russia, customers can on average save about 500,000 rubles (over $8,000) on a car between three and five years old by buying in Georgia.

Russians at Rustavi told Eurasianet that it can be four to five times cheaper to repair a used car in Georgia. “Generally, buying and fixing a used car in Moscow is far more expensive than here. Even if you spend a week in a hotel in Batumi [Georgia’s main resort city on the Black Sea coast], you will still be saving money,” one Russian shopper told Eurasianet. “So I can pick a damaged car in the U.S., have it shipped to Georgia, get it fixed here and then take it to Russia.”

There is now a growing crop of YouTube videos, Facebook and Instagram pages, and Telegram channels advising Russians and Kazakhs on how to buy cars in Georgia. They juxtapose the costs of buying specific models in Georgia against the cost of purchasing them at home. The calculations often include the cost of traveling to and spending a week in Georgia. Even with all the travel expenses included, Georgia tends to win out.

For an industry that occupies such a large share of the national economy, the used car business tends to be made up of small-scale operators. While there are several big, corporate players on the market, much of the reselling is done by individuals or small groups. They can peruse Georgian websites to find cars being sold at auctions in the U.S., get one shipped to Georgia, spruce it up and sell it for a markup of a few hundred dollars.

“I wanted to start a business with a few of my close friends,” said Nikolaishvili, the Toyota and Subaru specialist. “We brainstormed a bunch of ideas like opening a restaurant, a guesthouse, or a farm, but eventually we went for cars. It requires no investment and you don’t need to take out a loan. Anyone can do it.”