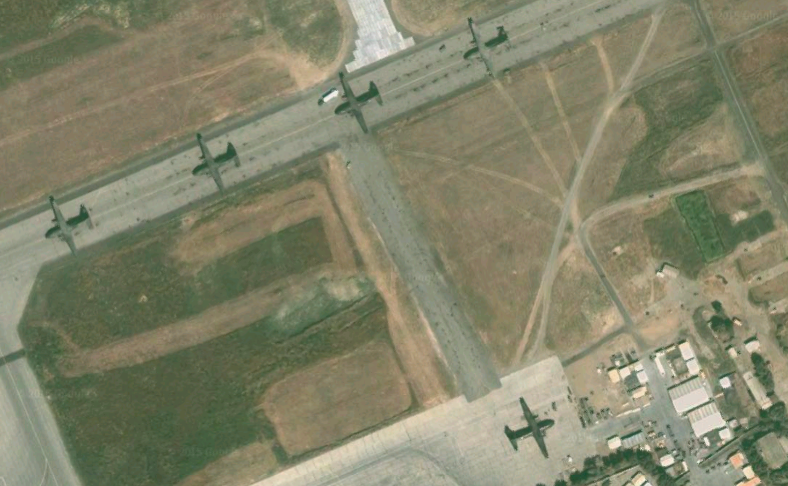 Just months after reaching an agreement to extend the presence of the German air base in Uzbekistan, the two sides are back at the negotiating table, with Uzbekistan again reportedly demanding a big rent increase.

Last November, the two countries agreed on terms to keep the base at Termez, on the Uzbekistan-Afghanistan border, operating. No details of the agreement were released, including its price and expiration date, but Uzbekistan media reported during those negotiations that Tashkent was trying to raise the rent, which had been between 10 and 15 million Euros per year.

Now, according to a report in the German magazine Der Spiegel and picked up by Deutsche Welle's Russian service, the rent is 35 million Euros -- and Uzbekistan wants to raise it to 72.5 million Euros annually starting next year. The newspaper reports that a German delegation is traveling to Tashkent this week to discuss the base lease extension.

The Termez base provides support to German soldiers in Afghanistan, and while the formal combat mission there is over, Germany has 850 troops (as of February 2015) in the NATO follow-on mission to support the Afghanistan security forces.

The German media very rarely covers the Termez base, and the German government has done a remarkably good job of keeping almost any information about the base secret. But as of 2006, there were about 300 German soldiers stationed there, managing the transit of German troops and equipment in and out of Afghanistan.

The Der Spiegel story didn't appear to be online, but another story from Uzbekistan in the magazine's English-language edition appeared last week, and it criticized Berlin for coddling Uzbekistan's dictatorship for the sake of the air base:

Germany, in particular, has shown an astounding amount of understanding for the Uzbek regime. Berlin thwarted EU sanctions that were imposed in 2005 following a massacre in Andijan that resulted in the deaths of more than 500 civilians. The sanctions have since been lifted. The German government has also allowed Uzbek officers to receive training in Germany and it wired money each year in the double-digit millions to Uzbekistan in exchange for the use of a base in Termiz that was needed for the German military's deployment in Afghanistan and, more recently, its withdrawal. Berlin may also be hoping that it will one day profit from natural gas pipelines that are planned for Central Asia.

It is clear that Uzbekistan is making out well from its status as the only country willing to cooperate substantially with Western militaries; it also just got more than 300 armored vehicles and expanded special forces training from the United States, as well as transit income -- the amount of which is still not known -- from allowing the U.S. and NATO to use it to transit military cargo in and out of Afghanistan. That income no doubt has dwindled, but 72.5 million Euros a year would be some compensation.