The shutdown comes amid an unusual cold spell, as well as a spike in regional tensions following the launch of the war in Ukraine. 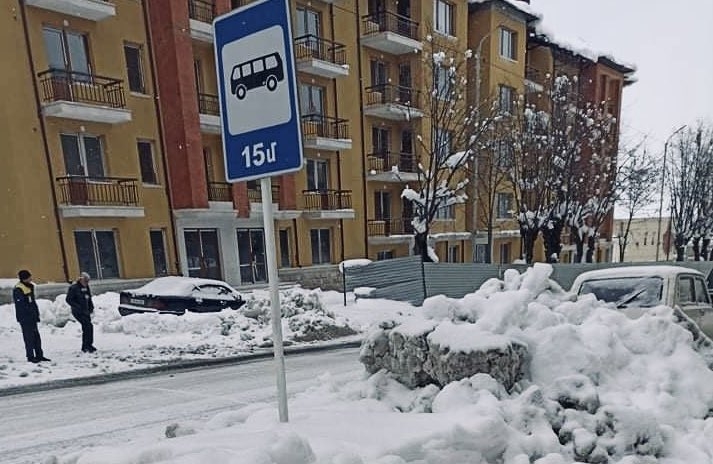 The de facto authorities in Nagorno-Karabakh have accused Azerbaijan of cutting natural gas supplies to the territory for the second time in as many weeks, depriving the people there of heat for their homes amid a sharp cold spell.

Nagorno-Karabakh gets its gas supplied via Armenia, through a pipeline that transits territory over which Azerbaijan regained control in the 2020 war between the two sides.

Supplies from the pipeline were first disrupted on March 8, as tension spiked in the region following the launch of Russia’s invasion of Ukraine. Officials in Nagorno-Karabakh said that Azerbaijani troops prevented them from repairing the pipeline.

The shutdown forced residents of the territory to use other sources of heating, particularly electricity, which resulted in power outages. Armenian volunteers also shipped gas canisters to Karabakh to temporarily mitigate the issue.

The supply ultimately was restored on March 19, but was disrupted again on the evening of March 21. Officials in Nagorno-Karabakh blamed Azerbaijan.

“We have sufficient grounds to assume that during the gas pipeline repairs, the Azerbaijani side installed a valve that stopped the gas supply a few hours ago," the de facto government said in a statement. "Unfavorable weather conditions serve the insidious Azerbaijani purpose of creating additional humanitarian problems for our population; it's a crime.”

There has been no comment from the Azerbaijani authorities. The Russian peacekeeping contingent in Karabakh is discussing the issue with the Azerbaijani side, a spokesperson for Karabakh’s de facto leader said on March 22.

March has been colder than usual this year, and heavy snow also has blocked roads in Karabakh and in the neighboring parts of Armenia, compounding the logistical complications.

The gas issue comes as the two sides have recently released more details on their slow negotiations over a peace deal.

Earlier this month Azerbaijan announced that it had sent a new proposal to Armenia to discuss a peace deal, which Armenia said it accepted on March 14. The deal would be based on five principles, according to Azerbaijan’s foreign ministry: “Mutual recognition of each other's sovereignty and territorial integrity, mutual reaffirmation of the absence of territorial claims to each other and a legally binding obligation not to make such claims in the future, abstaining from threatening each other's security, demarcation of the border and unblocking of transport links.”

Following the Azerbaijani proposal Armenia said it had applied to the Minsk Group of the Organization for Security and Cooperation in Europe – the body that has been the main platform for negotiations since the first war between the two sides in the 1990s – to start negotiations.

But Armenia Foreign Minister Ararat Mirzoyan said Yerevan would also be insisting on the rights of ethnic Armenians in Karabakh to be respected. “It is paramount for the Armenian side that the rights and freedoms of the Armenians of Artsakh [an alternative Armenian name for the region] are guaranteed, and the status of Nagorno-Karabakh is finally clarified,” he said on March 15. “For us, the Nagorno-Karabakh conflict is not a territorial issue, but a matter of rights.”

With the new gas shutoff, however, many Armenians found the talk of peace ironic. “Despite the war in Ukraine, gas continues to flow through the country to Europe. And in our country, as the era of peace is beginning, the gas in Karabakh is cut off," wrote journalist Nikolay Torosyan on Facebook. "Maybe we are doing something wrong, guys.”

With additional research by Heydar Isayev