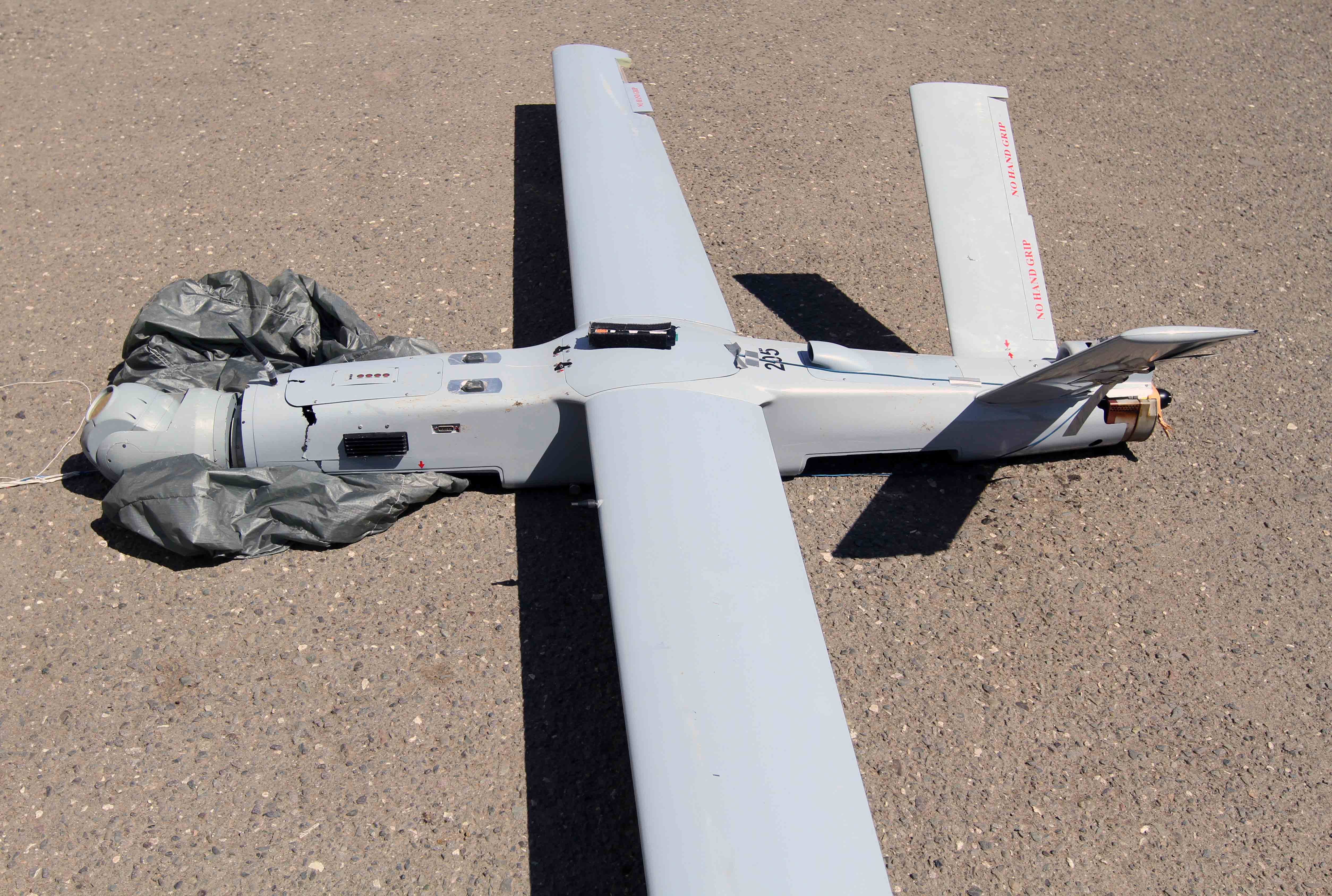 A photo released by the de facto Nagorno Karabakh armed forces, which they said is an Azerbaijani ThunderB drone that they shot down.

The recent surge of violence in Nagorno Karabakh has brought attention to Azerbaijan's increased reliance on arms from Israel, including two types of drones not previously known to be in Baku's arsenal.

In one case, Azerbaijan was reported to have used a "Harop" loitering munition, known somewhat fancifully as a "kamikaze drone" because it is itself the bomb. According to Armenian media, on April 4 the Harop hit a bus carrying soldiers to the front and killed five or six of them. It was believed to be the first ever combat use of the system anywhere, reported Jane's Defence Weekly. Azerbaijan sources claim to have used the Harop in other attacks, as well.

In another episode, the armed forces of Nagorno Karabakh released photos of a ThunderB surveillance drone that they claimed to have shot down on April 2.

And in a third episode, Azerbaijani sources claim that their side destroyed "six enemy tanks" using an Israeli-made Spike missiles.

None of these weapons were previously reported to be operated by Azerbaijan. (While it was known that Azerbaijan bought the marine version of the Spike missiles, it's not clear whether it somehow used those for this attack or had secretly also purchased the land forces version, as well.)

Azerbaijan's arms purchases from Israel have gotten a lot of attention because of their relative novelty, including a whopping $1.6 billion deal signed in 2012.

Azerbaijan trumpets its warm relations with Israel, framing them as an example of Azerbaijan's tolerance to other religions. But Baku has apparently not been satisfied with the Israeli government's response to this round of fighting: senior presidential adviser Ali Hasanov complained to the Jerusalem Post that Israel hasn't given it enough verbal support. "We view Israel as a strategic partner, and expect it to comment,” he said. “Azerbaijan asks its strategic partner – the State of Israel – to express its attitude toward the latest developments related to the military provocation committed by Armenia in the border of the occupied territories of Azerbaijan.” The Post also notes that "Israel, however, is in no hurry to get involved in a fight pitting Azerbaijan against Armenia." Strictly business, apparently.

In any case, Azerbaijan still relies relatively little on Israeli weaponry: The Stockholm International Peace Research Institute reported last year that Azerbaijan had acquired 85 percent of its weaponry over the past five years from Russia.