Karabakh: Syrian Refugees Flee One War Zone for Another 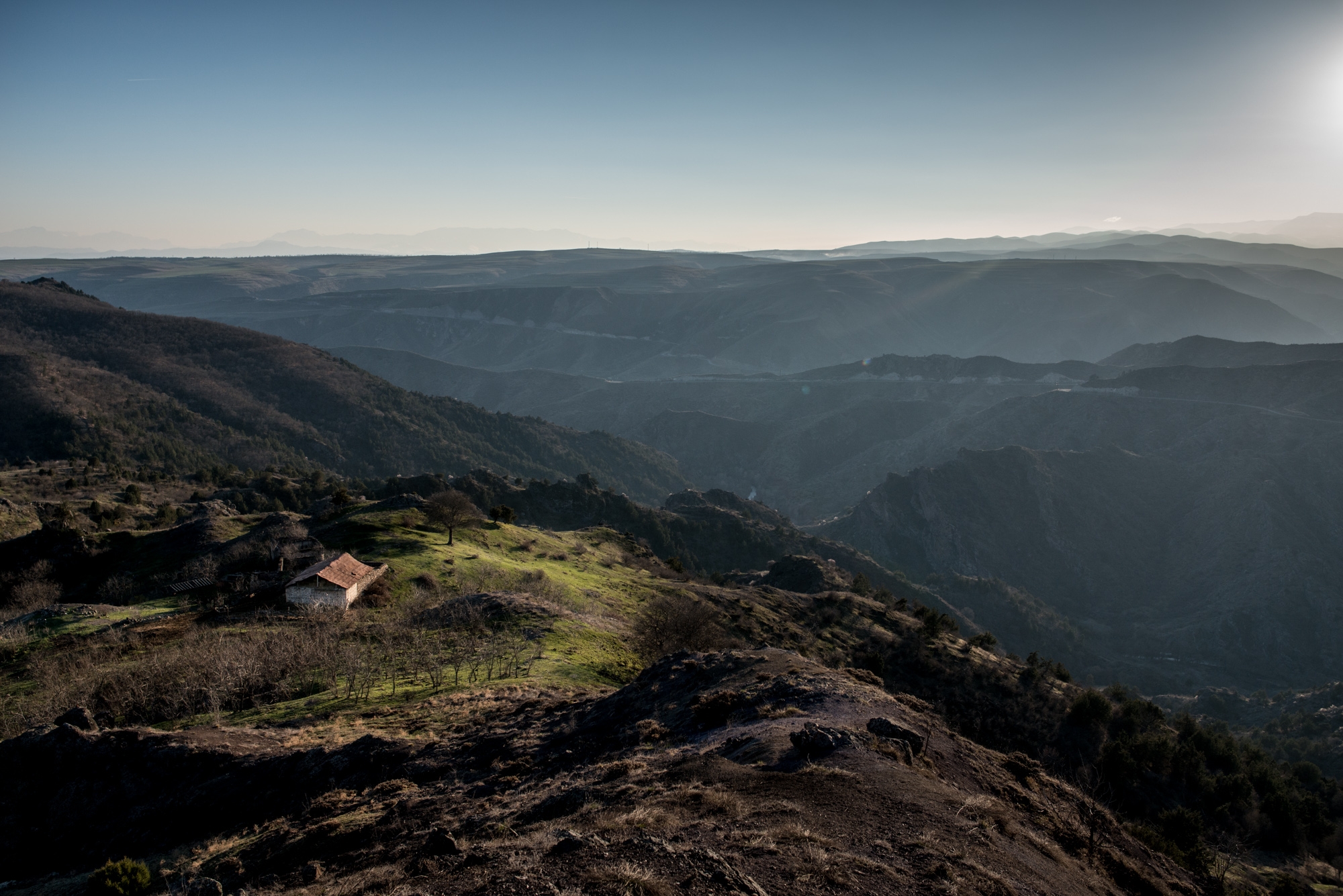 Syrian Armenians arriving in Nagorno Karabakh and the surrounding buffer zone often get free housing, but face a poor economy. 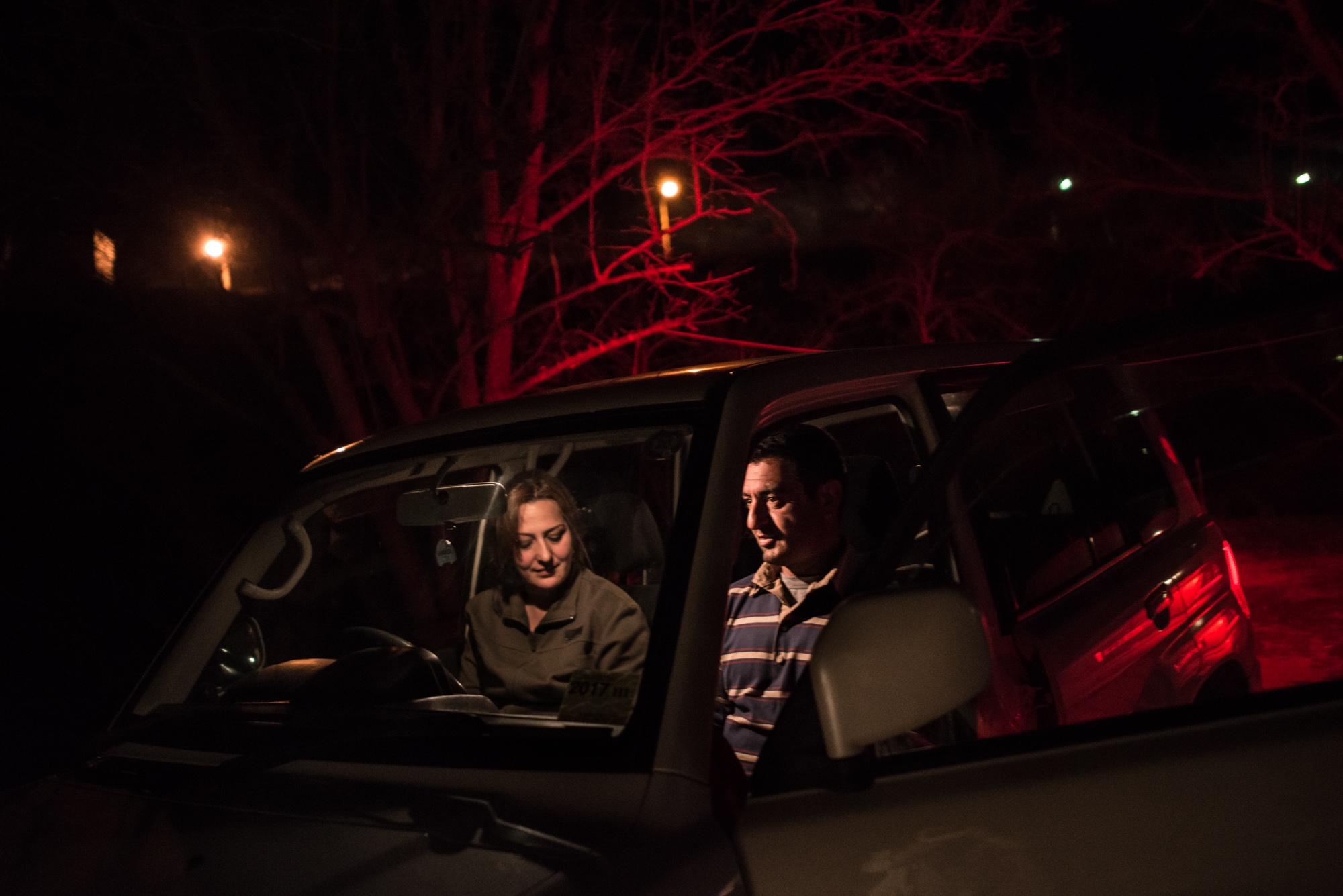 Kristine Khalatyan and Andranik Chaushyan have lived in Lachin since 2015. Andranik is from Syria; Kristine is from Yerevan. 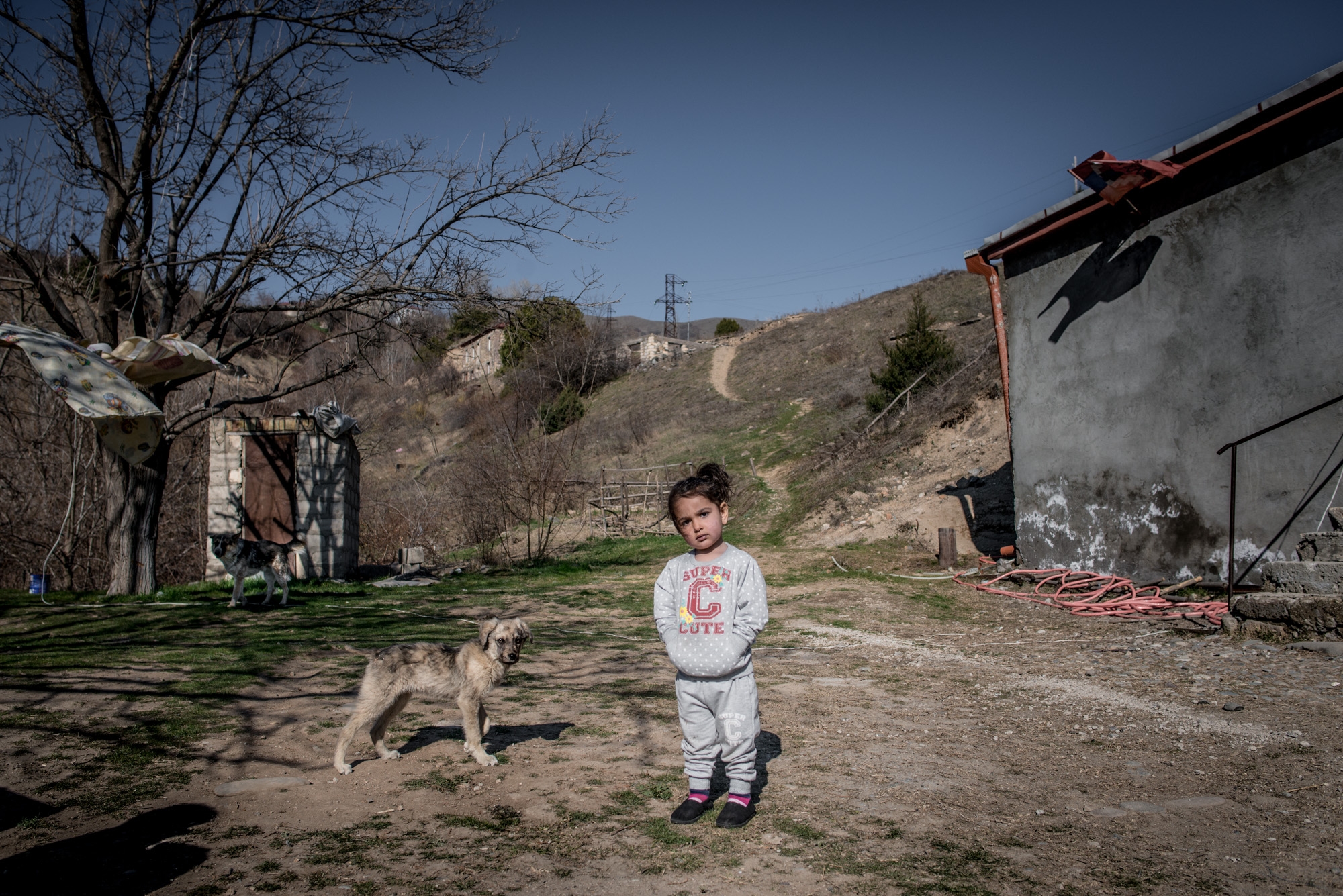 Knarik, the daughter of Andranik Chaushyan and Kristine Khalatyan, stands outside the house that the family received in Lachin. 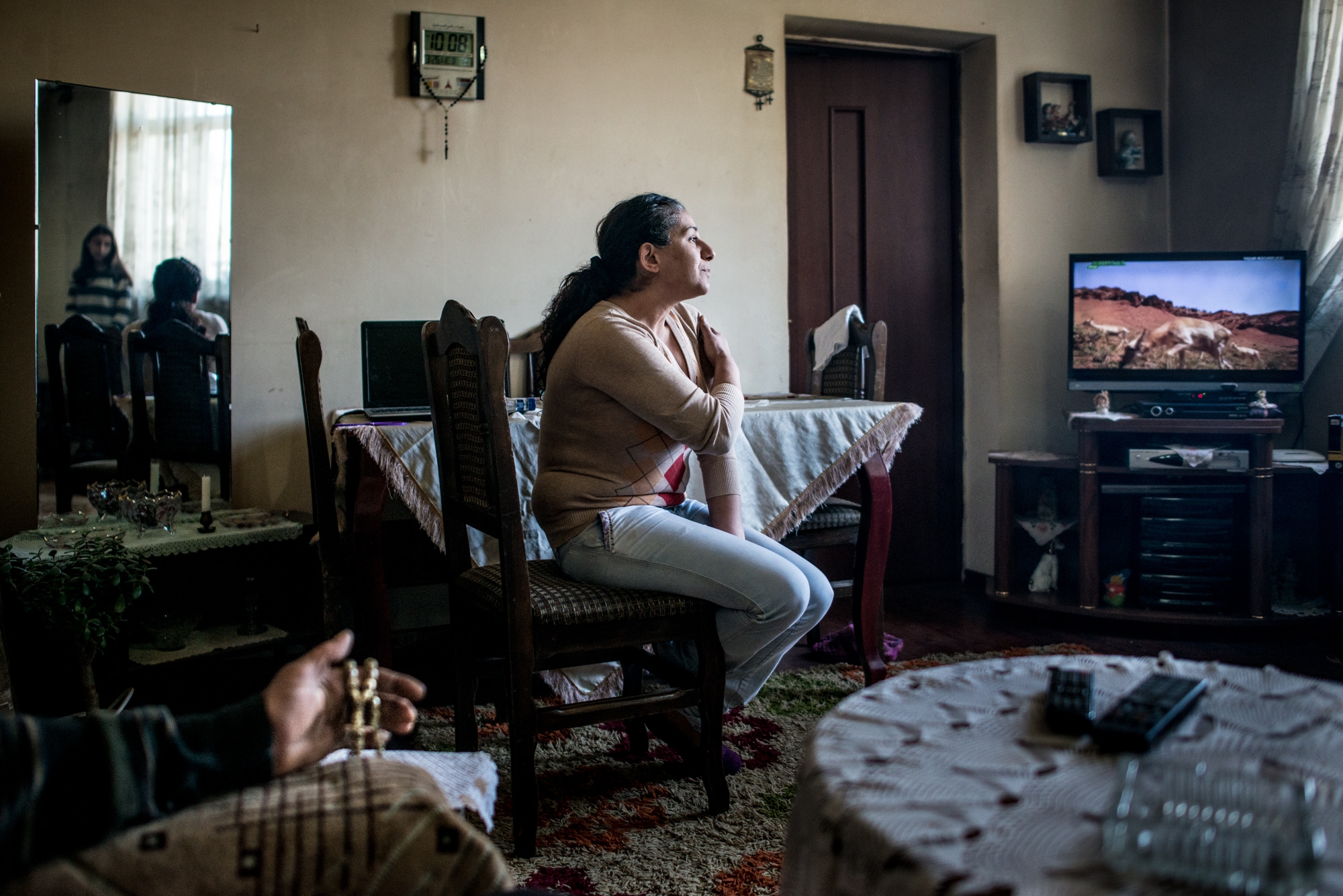 Anush Klyzi, her husband Boghos Ter Nersessian and their children, Ana Maria, Shogher and George, moved to Zangilan from Aleppo. 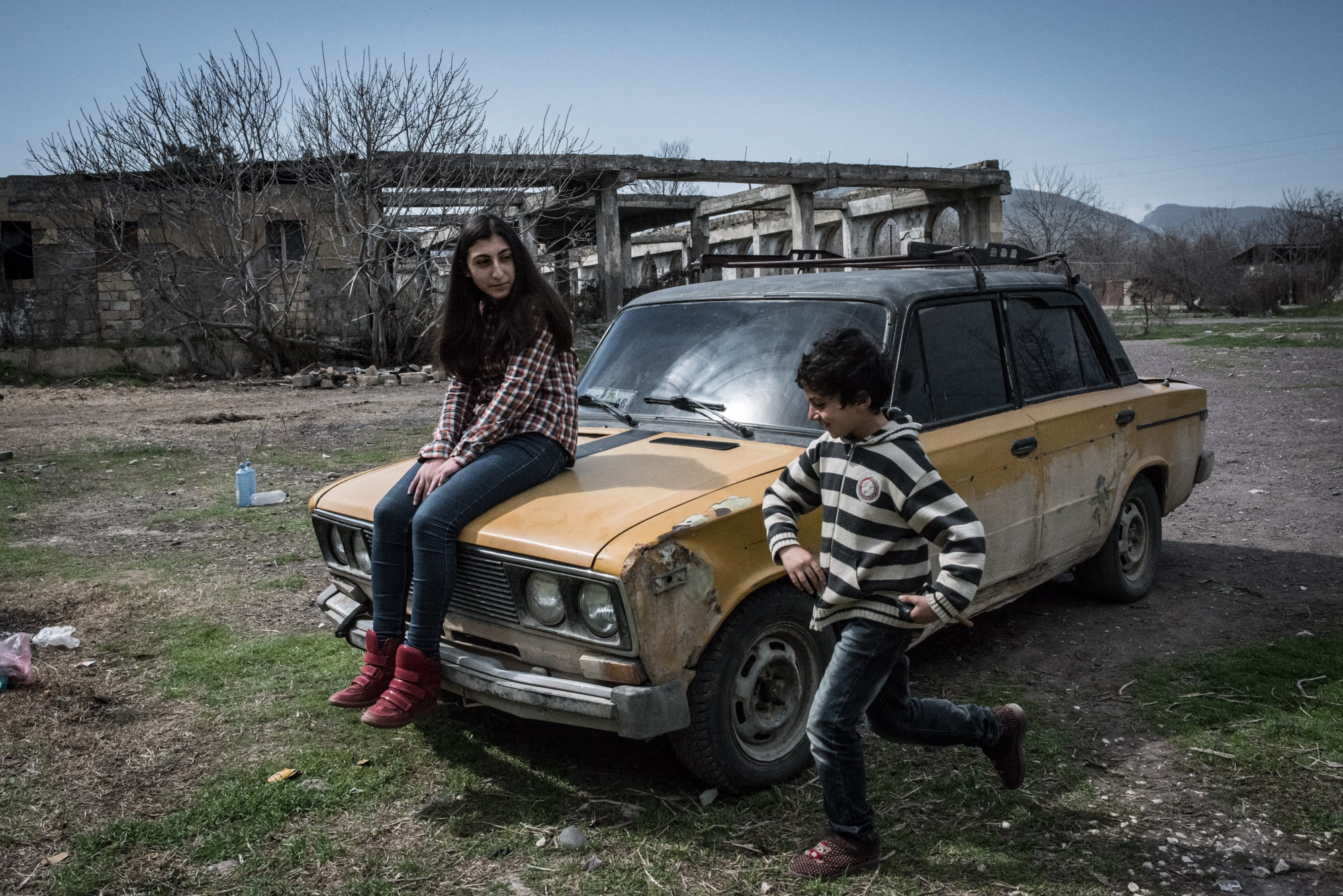 Anna Maria, 16, and George, 9, play in the backyard of their apartment block in Lachin. 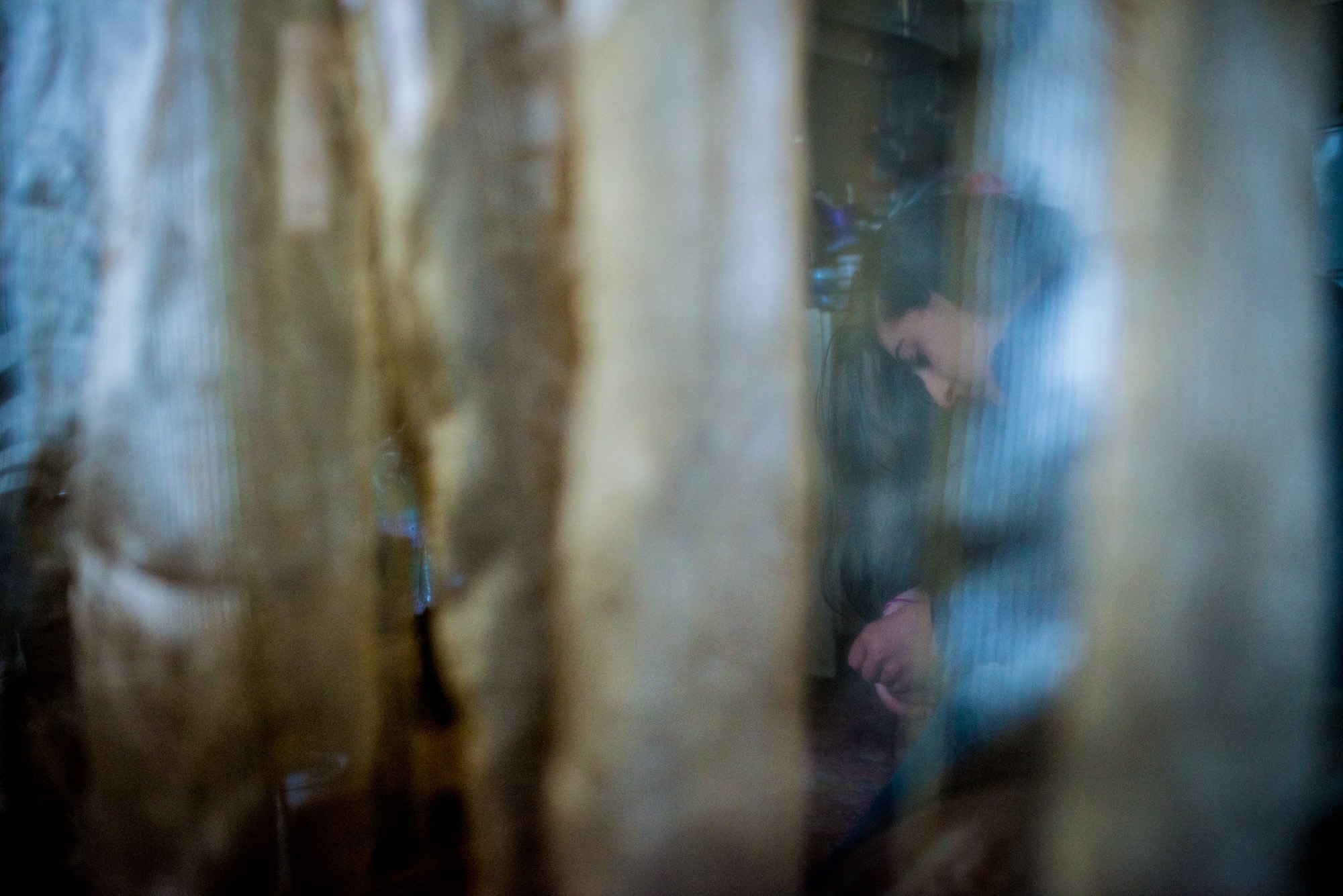 Anna Maria talks fondly of her happy childhood days in Syria and dreams of going back there one day. 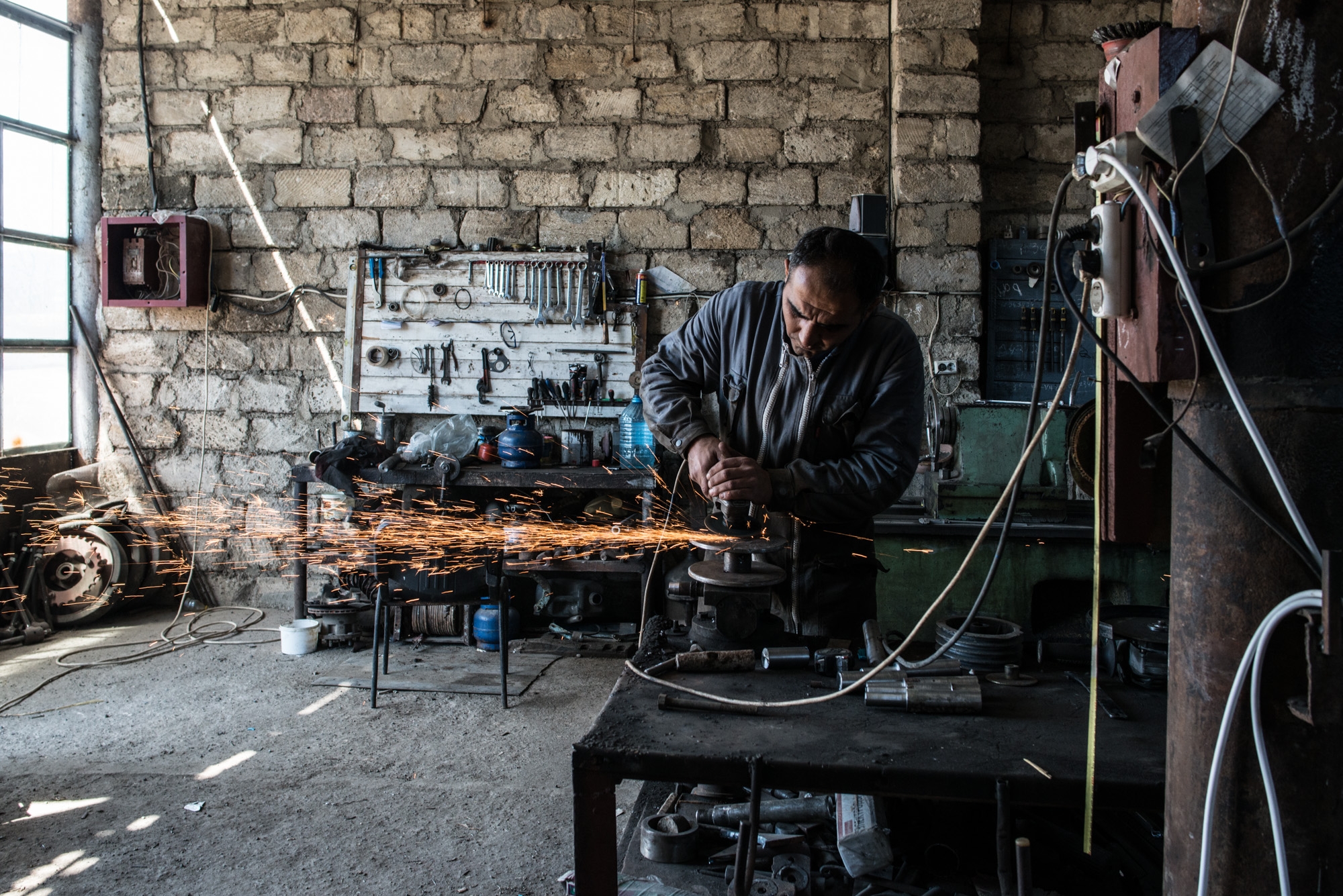 Nikol arrived from Syria in 2011. He is married to a local Armenian woman and runs a metal turning workshop in Zangilan. 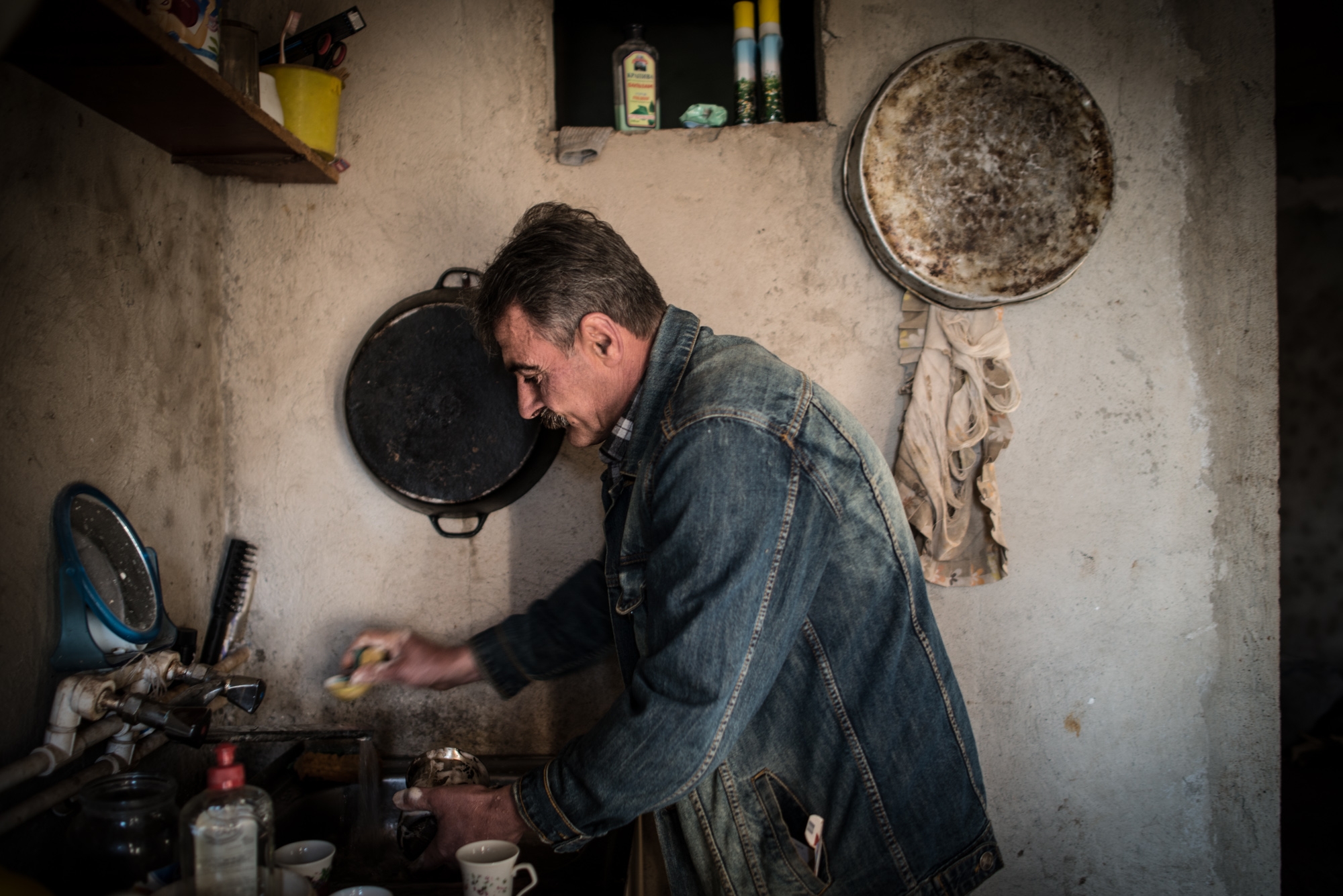 Syrian Armenian Hrach Donabedian lives in Zangilan. He does odd jobs, along with farming and fishing in the Arax River. 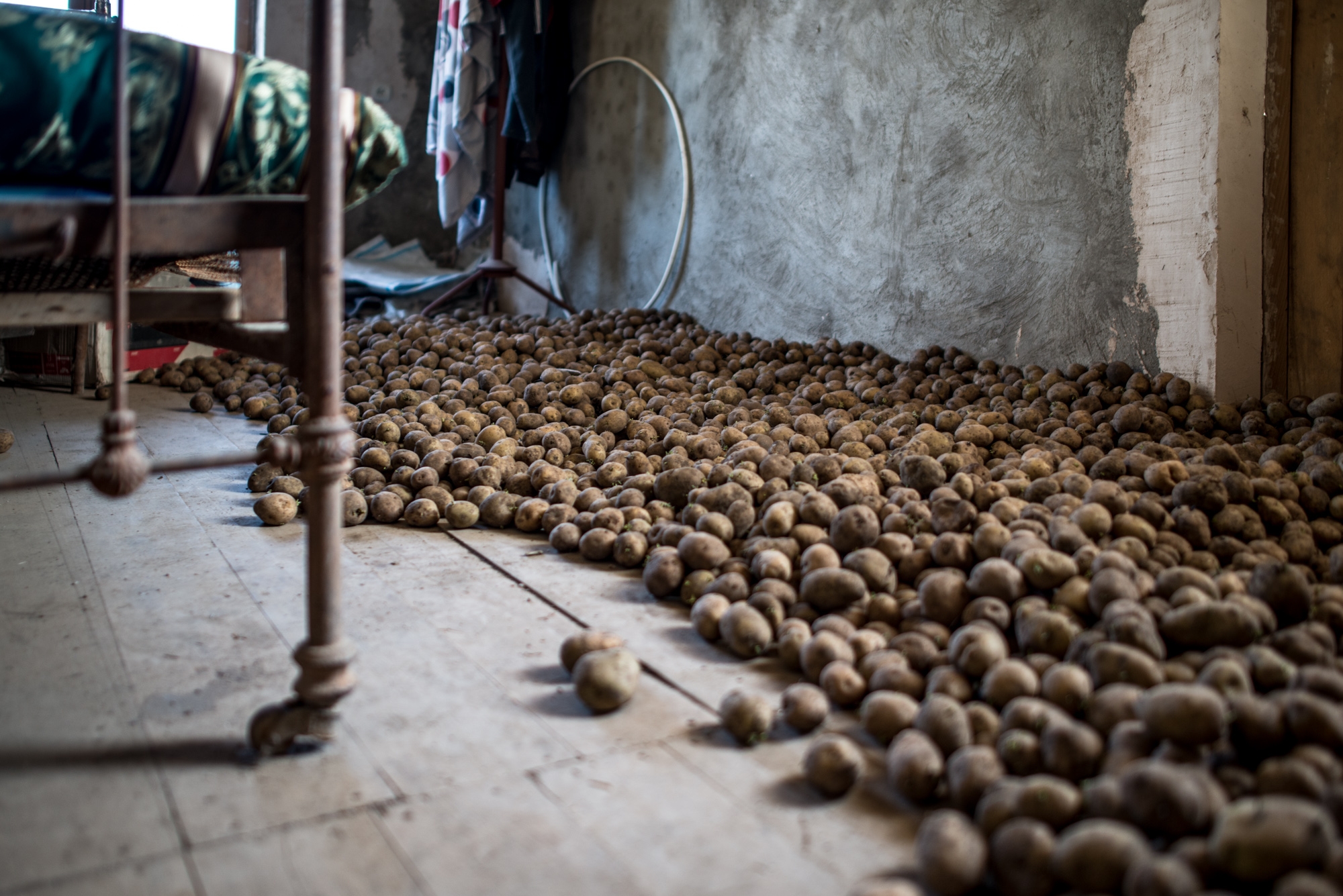 The house of Hrach Donabedian in Zangilan is full of potatoes, which he often shares with neighbors. 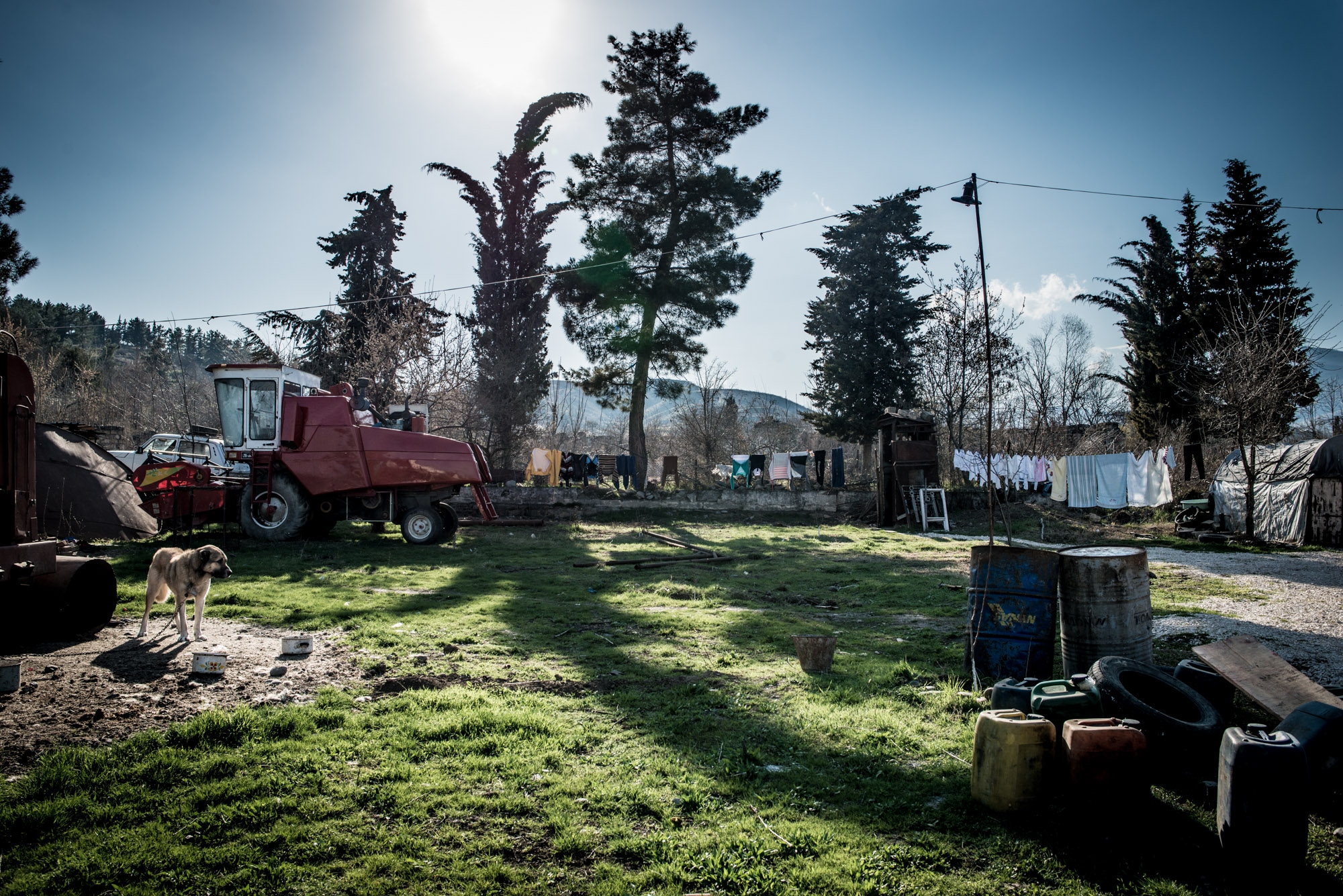 The backyard of a building that hosts Syrian Armenian families in Zangilan. The combine belongs to one of the families. 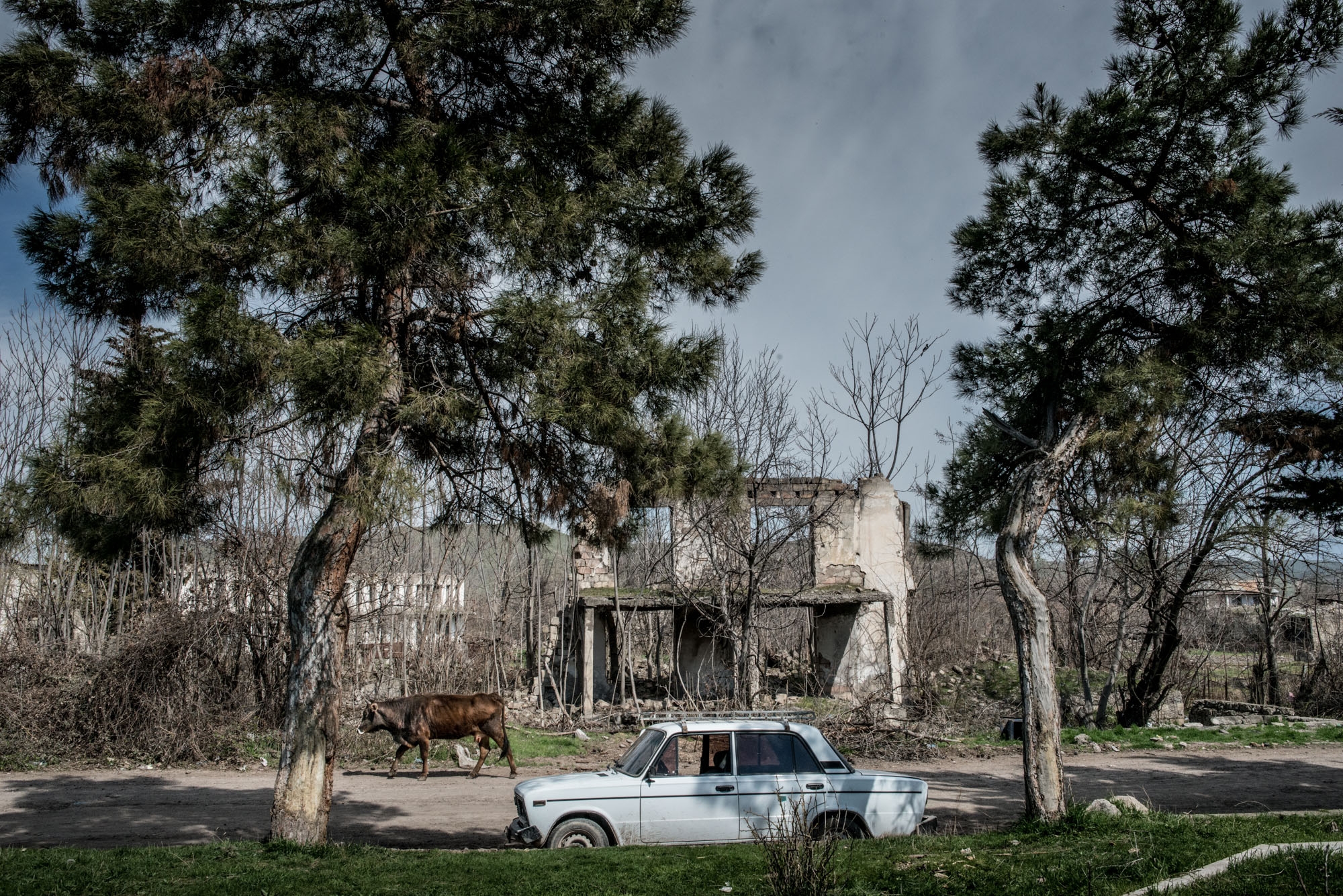 The old Soviet Lada belongs to one of the Syrian Armenians living in Zangilan.
prev
next

About 20,000 Syrian refugees have settled in Armenia and Nagorno-Karabakh since the Syrian civil war erupted in 2011. Most of them are Syrian Armenians, descendants of those who fled the Ottoman Empire a century ago amid the genocide against Armenians there.

About 30 families of Syrian refugees live in Karabakh and the territories surrounding it that Armenian armed forces control as a security buffer. Some of them moved here with the help of charity groups like the Artsakh Fund, which aid settlers by offering homes and low-interest loans for leasing land and agricultural equipment.

Others say they were drawn to Karabakh for patriotic reasons. “This is our home, we are finally independent and we will keep this land whatever the price might be,” said Andranik Chaushyan, 36, a recent settler from Syria to the village, in the security zone, known as Lachin in Azeri and Berdzor in Armenian.

Karabakh is an Armenian-controlled, self-proclaimed republic that broke away from Azerbaijan in a war in the late 1980s and early 1990s. Since a ceasefire was signed in 1994, Azerbaijan has heavily invested in its military and has vowed to regain control of the territory, by force if necessary.

Resettling in a potential war zone may seem foolhardy, but Syrian Armenians say that Karabakh feels more like “their” war than the one they fled in Syria. Chaushyan fought in the so-called “Four-Day War” in April 2016, the heaviest bout of fighting against Azerbaijani forces since the 1994 ceasefire agreement, and his second child was born while he was at the front line.

“I had a good life before coming to Armenia, but I wanted my children to grow up in their historical motherland, with fellow-Armenians,” he said.

Many of the settlers were farmers back in Syria and now live in houses newly built for them by the local government. Charity groups helped fund construction. Other newcomers have refurbished dwellings that were abandoned by their previous Azeri owners.

The conflict between Armenia and Azerbaijan saw hundreds of thousands expelled on each side, and many Azeris who were forced to flee Karabakh still harbor hopes of returning to their former homes. The Armenian government has agreed in principle to the return of all displaced persons from the conflict, as well as possibly to return the territories in the buffer zone to Azerbaijan as part of a potential peace deal. However, there is still no clarity on how such a plan would be implemented.

The settlers, however, are not concerned with that. Their main complaints about living in the area are the isolation and poverty of the region, including high unemployment rates. But they say that is outweighed by the ability to be around fellow Armenians and their children being able to receive a quality education free of charge.

“I have always been a farmer so for me coming to Karabakh was only natural, as this is our historical land and there was a program providing housing for resettlers,” said Alishan Sarkis, 41. “We want to live up to the dreams and longings of the martyrs to see Karabakh independent, strong and prospering. I only wish everyone had a job, to be able to provide for his family.”

The original version of this story referred to many of the places named as being in Nagorno Karabakh; they are in fact in the surrounding territories controlled by the Armenian armed forces. EurasiaNet regrets the error.

Down with Nagorno-Karabakh – long live Karabakh