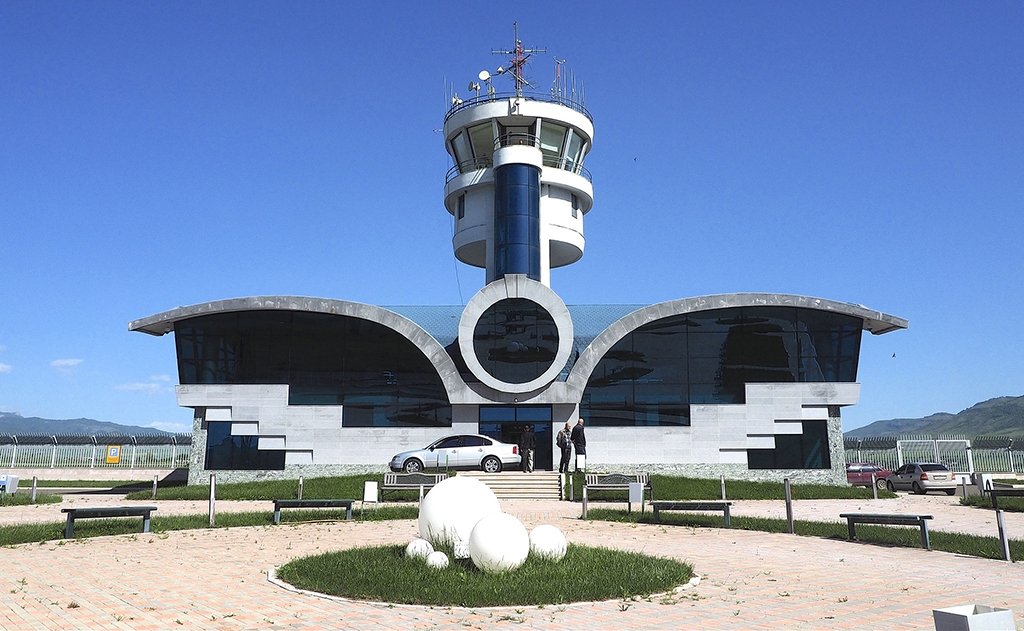 When the war with Azerbaijan ended last year, it appeared there could be one silver lining for the Armenians of Nagorno-Karabakh: that their long-closed airport could finally start operating again.

The airport near Stepanakert “should serve as a transport hub, one of the important objects for unblocking and reopening communication," Davit Babayan, an adviser to the territory’s de facto leader, told local media on December 2. He was referring to one of the key provisions of the Russia-brokered trilateral agreement that had ended the fighting the month before: opening the region’s closed borders and reviving transportation.

An unnamed source in the de facto Karabakh government even told RIA Novosti that direct passenger flights from Moscow could begin as early as December. “Now both sides – ours and the Russians – are working to make that happen,” the source said.

Now, though, the prospects for civilian air transport to the isolated territory seem as distant as ever. The airport these days is a hive of activity, but it is all military-related: trucks trundle in and out, there are new barracks for Russian peacekeepers and heavy artillery guarding the site. On a recent visit by Eurasianet, a group of Russian soldiers was standing in formation singing the Russian national anthem.

“Construction began the week after peacekeepers came to Artsakh,” Armen Tovmasyan, Karabakh’s deputy minister of territorial administration, told Eurasianet, using the Armenian name for the territory. Now, the Russian peacekeeping contingent is renovating the airport for their use and will turn it into a centralized base for their operations. As for whether it might be available for civilian flights, Tovmasyan said it was out of the hands of the local authorities.

“They are doing construction work so the peacekeepers can all be in one place, now they are based in different parts of the city, their new base will be at the airport,” he said. “That’s the top priority now. The rest is up to politics.”

The territory’s politicians remain hopeful that some sort of agreement will be made. “As far as I understand there are political issues being discussed in the framework of the trilateral agreement,” Artak Beglaryan, the chief of staff to the de facto Karabakh leader, told the news site Hetq in February. “But there is a positive trend and I hope that the issue will be resolved in the near future.”

“If there is a problem it could be only with them [Azerbaijan],” Tovmasyan said. “Here Azerbaijan is at advantage since it’s an ICAO member and Artsakh is an unrecognized state. But if the airport is being used for military purposes, then it’s not governed by ICAO.”

Azerbaijan has not officially commented on the proposed opening of the airport, but it has long opposed passenger flights there. During the last serious push to start passenger flights, a decade ago, Azerbaijani officials went so far as to threaten to shoot down civilian planes.

Azerbaijanis have launched ambitious plans to open three airports in the territories it took back in last year’s war, including what Baku says will be an international airport at Fuzuli. A January commentary in the state-run Azertac news agency mocked Armenians for their failed attempts to reopen the Stepanakert airport, and said that the Fuzuli airport would eventually render the Stepanakert airport irrelevant.

“This is how it was explained to us: Azerbaijan has to apply for a license for those flights and it won’t do it for Nagorno-Karabakh or even for Russia,” said Karen Vrtanesyan, a security expert and coordinator of the military news website Razminfo. But, he said, “there is nothing stopping Russia from using the airport for military purposes.”

The content of the trilateral negotiations has been closely held, but Russian analyst Stanislav Tarasov told the news website 1in.am that Azerbaijan is insisting the airport be used solely for the needs of Russian peacekeepers, while Russia is pushing for it to include cargo flights to Armenia.

The airport was constructed in 1974, and in Soviet times it serviced direct flights from Yerevan and Baku. But as war began between Armenians and Azerbaijanis at the collapse of the Soviet Union, it became a key asset for the Armenian side, especially until Armenians managed to capture Lachin, which provided a land connection between Karabakh and Armenia. Aircraft using the airport were repeatedly attacked from the Azerbaijani side, and in 1992 it was shut down, as it became less strategically important following the opening of the Lachin corridor.

But for residents of the territory, the airport would make it significantly easier to reach the outside world. Stepanakert is now a six-hour drive from the nearest international airport, in Yerevan, a trip that got even longer after the war following Azerbaijan’s retaking control of Kelbajar, where a faster road was opened in 2017. The remaining link to Armenia, through Lachin, is now controlled by Russian peacekeepers.

"We are in a blockade,” said Vahram Balayan, the chairman of the foreign affairs committee of Karabakh’s de facto parliament, in a January interview with 1in.am. “We need the operation of Stepanakert airport like [we need] air and water.”

“The operation of the Stepanakert airport for civilian flights has to be seen above all from the humanitarian aspect,” said Anush Ghavalyan, a prominent social media commentator in Stepanakert. “I think the demand for passenger flights has increased since the war, since citizens of Artsakh have lost access” to the road through Kelbajar, she told Eurasianet.