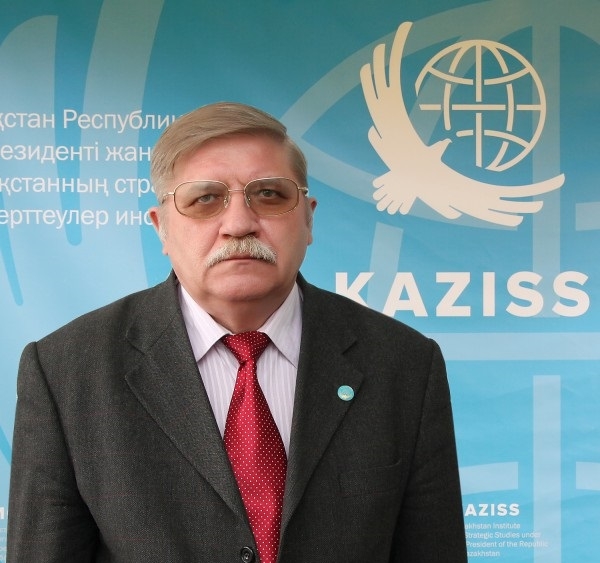 Academics in Kazakhstan are asking the president to explain why a celebrated China expert, an advisor to top Kazakh officials, has been arrested.

Sinologist Konstantin Syroezhkin was reportedly detained by the National Security Committee, or KNB, allegedly on espionage charges. Though it is unclear when the arrest was made, the news was first reported on May 3 by CentrAsia.org. (Formerly CentrAsia.ru, the site sometimes spreads information that looks intended to stoke friction in the region.)

The KNB, the successor agency to the Soviet-era KGB, has made no comment.

Syroezhkin, 62, works as a senior research fellow at the state-run Kazakhstan Institute for Strategic Studies. KISI provides analytical support to Kazakhstan’s Presidential Administration, the Security Council and the Foreign Ministry.

He has over 30 years of professional experience, has penned numerous books and articles and won multiple awards for his research on China. Some local media outlets are also reporting that he was an advisor on the doctoral dissertation of the current president, Kassym-Jomart Tokayev, which Tokayev defended in 2001 in Moscow.

The report about Syroezhkin’s arrest shocked his colleagues, who do not believe the alleged charges.

On May 6, Andrey Chebotarev, head of the Alternative Center for Current Research, an independent think tank, posted on his Facebook page an open letter from the academic community to President Tokayev and Leader of the Nation Nursultan Nazarbayev, asking them to intervene and ensure the investigation is transparent and rigorous. The letter was signed by more than 100 people, including journalists and foreign experts.

“The lack of facts ... as well as media reports based on unofficial information about his [Syroezhkin’s] alleged involvement in ‘espionage’ cause serious reputational risks for our country,” the letter says.

But no one at Syroezhkin’s employer, KISI, would sign the letter, Chebotarev told Eurasianet.

Syroezhkin’s supporters believe he may have been arrested as long ago as February, when he suddenly dropped out of sight. A reporter for the online newspaper ZONAkz, Vladislav Yuritsyn, wrote that Syroezhkin had intended to participate in an academic conference that month in Almaty. He didn’t appear and no one at the conference was able to contact him.

Colleagues also say that Syroezhkin has suffered a number of illnesses in recent years, and that a prolonged incarceration may adversely affect his health.

The Kazakhstan Institute for Strategic Studies has not commented on the arrest. The center’s website still hosts Syroezhkin’s official biography, which notes that he graduated from a KGB academy in Soviet times.