Kazakhs who are safe in Kazakhstan say their relatives in China have been freed from reeducation camps, in some cases, only to be recaptured. 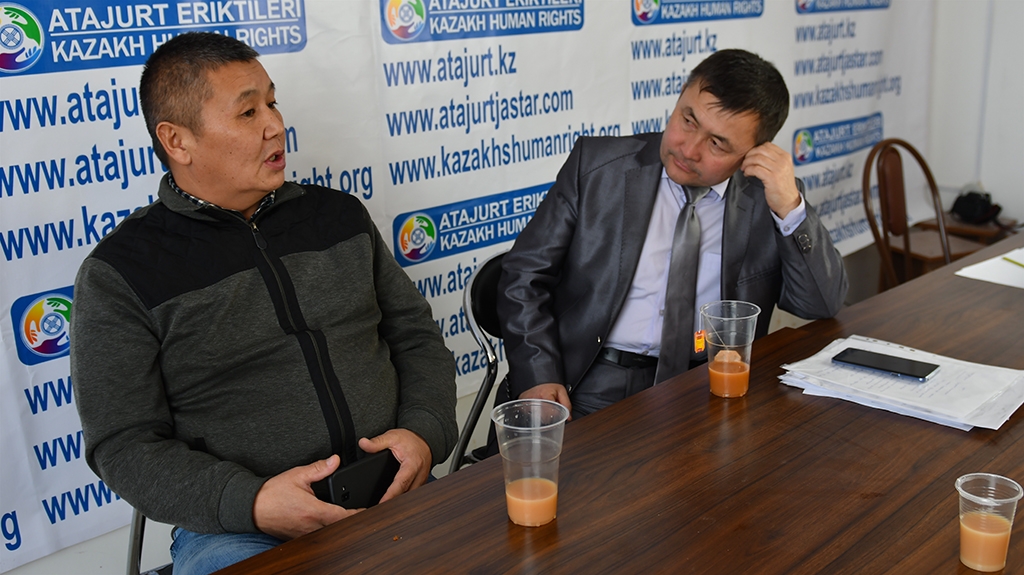 Last year had closed on such a hopeful note. It looked as though Chinese authorities might be gently easing their campaign of systematic repression of Muslim communities in their western Xinjiang region.

On December 28, Taskairat kyzy’s younger brother, Ushkyn, an ethnic Kazakh from Xinjiang, was released from custody after spending 20 months in a reeducation camp.

“When we learned that he was out, celebrating the New Year felt wonderful,” recalled Munai, speaking from her home on the outskirts of Astana.

Munai exchanged a few brief phone calls with Ushkyn, but they couldn’t say much because he was still in China.

“They monitor our calls,” said Munai, who moved to Kazakhstan from China more than five years ago.

Hearing Ushkyn’s voice was enough though. New Year was spent in the warm glow of relief. And then three weeks later, Ushkyn was suddenly taken back to the camps.

This episode has illustrated the ways in which the Chinese authorities may, under global scrutiny, be fine-tuning their anti-Islamic assault. Some are released only briefly, ever at risk of being returned to incarceration. For those who stay out, the watchful eye of the state is never far.

The crackdown in Xinjiang was unleashed in 2014. While claiming to be waging a battle against the proliferation of militant Islamic sentiments, authorities targeted even trivial and token displays of piousness. A ban was slapped on long beards and the wearing of veils in public places.

In 2017, reports began to trickle out about large number of Uyghurs – the largest Muslim ethnic group in the region – being corralled into internment camps. Rights groups have said inmates in those gargantuan facilities are forced to undergo political indoctrination and to renounce their faith. Experts on the United Nations Committee on the Elimination of Racial Discrimination have assessed that around a million Uyghurs and other communities, including Kazakhs and Kyrgyz, have been detained in this way.

Beijing first denied the existence of the camps, but then changed its tune by insisting people were being placed in camps for reeducation.

“They take retired men and women, boys who finished school and found jobs, men who started families, people who don’t need a reeducation,” said Bekzat Maksutkhan, a representative of Ata-Jurt, a grassroots advocacy group based in Almaty, Kazakhstan. “How are you going to reeducate an 80-year-old man?”

The moving force behind Ata-Jurt are oralman, the name given to ethnic Kazakhs who returned to their historic homeland under a government program following the fall of the Soviet Union. It is in great part down to their efforts that this issue has received so much public attention.

Officials in Kazakhstan have, under this public pressure and with clear reluctance, broached the issue with Beijing. And it seemed like a diplomatic breakthrough in January, when the Foreign Ministry in Astana announced that China was allowing more than 2,000 ethnic Kazakhs to relinquish their Chinese citizenship and leave the country.

It is unclear who was on that list or how it was drawn up. Were they ethnic Kazakhs being granted permission to move to Kazakhstan under Astana’s oralman program, or were they former inmates of the reeducation camps?

Responding to a query from Eurasianet, the Foreign Ministry did not shed any light on their identities and said it does not collaborate with Ata-Jurt.

But Ata-Jurt is confident it has made the difference, with its campaign of petitioning the Foreign Ministry, President Nursultan Nazarbayev, the United Nations and international rights organizations.

“Our work is effective, hundreds of relatives of people who filed their notes with us were released,” said Maksutkhan.

Measuring the impact of Ata-Jurt is challenging because people whose relatives are released often do not report the fact for fear that they will be detained again.

“Based on the happy news that people who allow us to use their names send us, more than 100 people have been released,” Mellatkhan Aitkhaly, another representative of Ata-Jurt, told Eurasianet. “But in actuality, we estimate the number to reach 700.”

It is unclear if those released were in fact freed because of Ata-Jurt. Ata-Jurt is the only organization based in Kazakhstan that is outspoken of the issue, posting daily videos on YouTube and branching out of their Almaty headquarters. On December 16, a date that marks Independence Day in Kazakhstan, Ata-Jurt opened an office in Astana.

“We did not expect so many people to come on the first day,” said Maksutkhan. More than 200 people, some with up to five relatives in the camps, came from villages and nearby cities to file their notes.

For those who are released from the camps, the suffocating scrutiny of the state never appears to cease altogether.

Many don't get their documents back. One monitoring technique deployed by Beijing is to post government officials to live with Uyghur and Kazakh families.

“They refer to them as family,” said Yernar Kushai, an ethnic Kazakh whose sister was held in one of the camps for a year until her release in December.

It was during his perfunctory and censored calls with relatives back in Xinjiang that Kushai understood just how much the Chinese government has woven itself into people’s lives. Control is total and options for recourse have all but disappeared.

“When I was growing up, I went to a Kazakh school. Now Kazakh schools and mosques are closed and the police are almost all Chinese,” Kushai told Eurasianet. “If Kazakh or Uyghur policemen don’t obey orders, they might end up in prison themselves.