Kazakh exporters say China is pushing them aside, interested in a transit corridor but not a supplier. 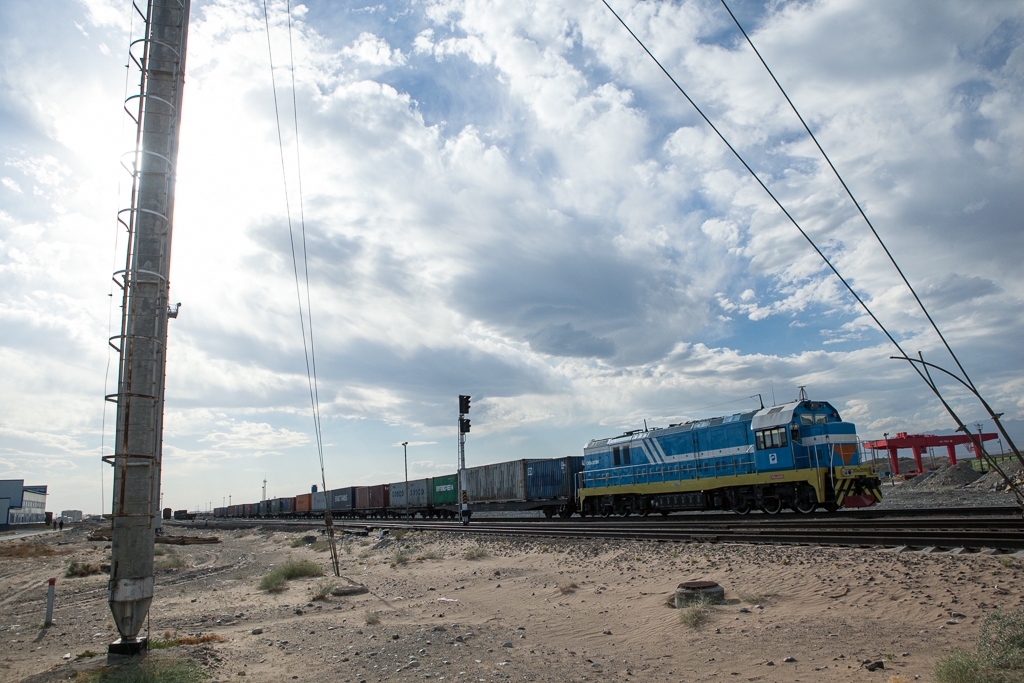 Boxcars at the border (Eurasianet)

Not long ago, strategists in Kazakhstan thought they had found a way to diversify their energy-dependent economy: export food to China. China’s Belt and Road Initiative (BRI) had endowed Kazakhstan with new train tracks and highways that could carry Kazakh wheat, cooking oil and beef to a large and hungry neighbor. Beijing encouraged this thinking.

But over the past 12 months, China, citing coronavirus concerns, has selectively banned imports from Kazakhstan, frustrating Nur-Sultan’s plans and breeding skepticism about Beijing’s intentions. At the same time, the volume of Chinese cargo transiting across Kazakhstan has grown.

Freight companies blame intensified inspections introduced last November at the Chinese border. By March, a bottleneck of 12,000 idle railcars had accumulated on the Kazakh side. When negotiations with China brought no relief, Kazakh railroad authorities banned eastward passage of Kazakh cargo freight, saying they had no choice.

Then, in August, China again strengthened coronavirus-related controls and restricted trains from Kazakhstan. Last month, China Railway Urumqi Group, which manages trains in Xinjiang, stopped accepting specific exports from the Central Asian country, including grain and some other goods. All along, transit cargoes from other countries pass through Kazakhstan freely to and from China.

At a cabinet meeting on September 24, President Kassym-Jomart Tokayev, who has been flooded by appeals from local businesses, described "a systemic problem with the restriction of Kazakhstani goods to China. Transit goods pass, and ours are waiting at the border.” He instructed Trade Minister Bakhyt Sultanov to "immediately respond, [and] remove all issues with partners."

Easier said than done. Kazakhstan has approached China regularly throughout the crisis and little has changed.

Now some Kazakh exporters are doubting that China’s border controls are about COVID-19 at all.

Yevgeny Karabanov of Kazakhstan's Grain Union, a lobby, said that Beijing had singled out Kazakh goods, while cargo from other countries, such as Russia – where coronavirus cases are higher – passes without problem.

“China does not consider Kazakhstan to be a valuable trading partner. We are just a transit corridor for them,” he told Eurasianet.

Karabanov believes that China is using coronavirus as a pretext to free space on railroad tracks for transit cargoes to Europe, a major component of the BRI.

The volume of transit container shipments (trains crossing Kazakhstan to and from China) grew by a third in the first eight months of 2021 compared to the same period last year, KTZh said: 88 percent of those trains connect China and Europe.