Public anger is boiling over at fees that appear to benefit vested interests. 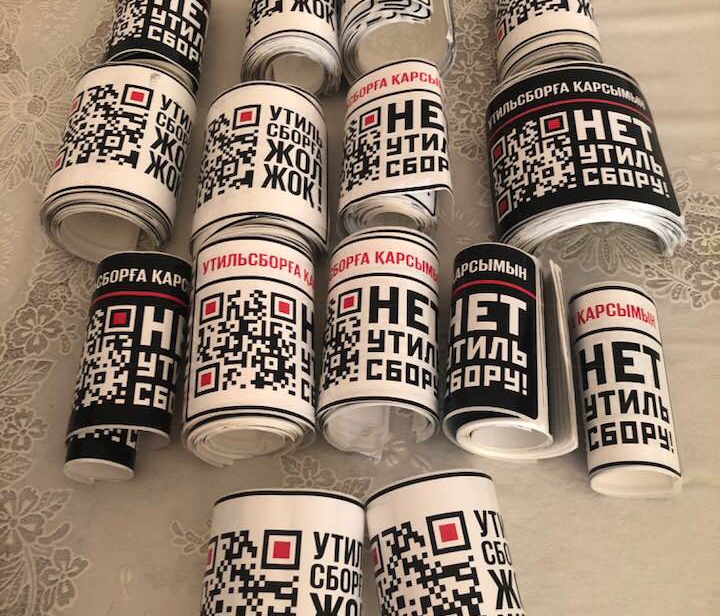 Activists calling for reductions to the unpopular recycling fees that Kazakhstan slaps on car imports are finding that the promised relaxation of rules governing public demonstrations do not apply to them.

A collective linked to the Facebook group “Net utilsboru” (No to recycling fees) has been officially refused permission to hold rallies no fewer than seven times, a member of the group told Eurasianet.

This time, the member said, the reason for the ban was “maintenance repairs” on the road in Almaty that is designated by authorities as a route for sanctioned marches and demonstrations.

That refusal came after unsanctioned protests on the same issue were held in other cities by drivers who had managed – until recently – to evade fees applied to cars bought abroad.

Operator ROP has been blamed for a giant spike in car prices in recent years that have put imports beyond the reach of poorer citizens and caused a build-up of older, smoke-belching cars on Kazakhstan’s roads. Other areas in which it has a fee-collecting mandate include agricultural vehicles and cables.

Just days before the organizers received their latest refusal, owners of Russian-registered cars held unsanctioned protests in Uralsk and the capital Nur-Sultan as well as other cities.

The spontaneous rallies in the north are essentially about the same issue as the would-be protest in Almaty, but with a different emphasis.

The first is led by ordinary drivers who are defending their right to own vehicles that bypass ROP’s EPR after authorities began forcing them to register locally – and pay the giant fees.

The second is a well-organized effort driven by local businessmen to overhaul the EPR at the policy level and bring fees – which regularly reach thousands of dollars depending on the size of the car’s engine – into line with equivalents in Europe.

Net utilsboru gave City Hall notification of its intent to hold an auto rally against the fees on six dates – four in November and two at the beginning of December. In a post on Facebook the group said it would “ascertain what kind of repairs are being carried out on a road that can cause it to be closed for two whole weeks during the winter.”

Net utilsboru was behind a petition against the fees that racked up 40,000 signatures before the website hosting it was taken offline.

Adding to the government’s headaches is the decision of the outlawed opposition led by Europe-based regime nemesis Mukhtar Ablyazov to jump on the recycling-fees bandwagon.  Ablyazov-linked groups will hold their protest on November 20.

An investigation by Eurasianet proved that at least one company ultimately owned by Nazarbayeva benefited from a business relationship with ROP.

Of ROP’s legal beneficiary, Shnar Muktarova, little is known at all, but ROP’s daughter company is registered at the same building as a high-end spa that was one of Nazarbayeva’s first projects.

Administrators of the Net utilsboru Facebook group – many of whom do not consider themselves regime opponents – express frustration at the constant linking of Nazarbayeva and ROP. On top of the connection complicating their activism, they argue that any profiteering on her part is merely the tip of a large iceberg.

Beyond its environmental mandate, officials have hailed ROP’s ERP for enabling the domestic auto industry to go from strength to strength. Local manufacturers are exempt from the recycling fees, which the government has said it covers in their case. But critics allege that most of the so-called locally manufactured cars are close to complete by the time they arrive in Kazakhstan.

They are then sold at prices often above what imported cars cost before the ERP was introduced in 2016.

As one Net Utilsboru member told Eurasianet, describing the ERP: “The [ruling elite] used to make money on oil. Now they make money on people.”