One explanation for the continued dominance of Russian lies in Kazakhstan’s rural-urban divide. 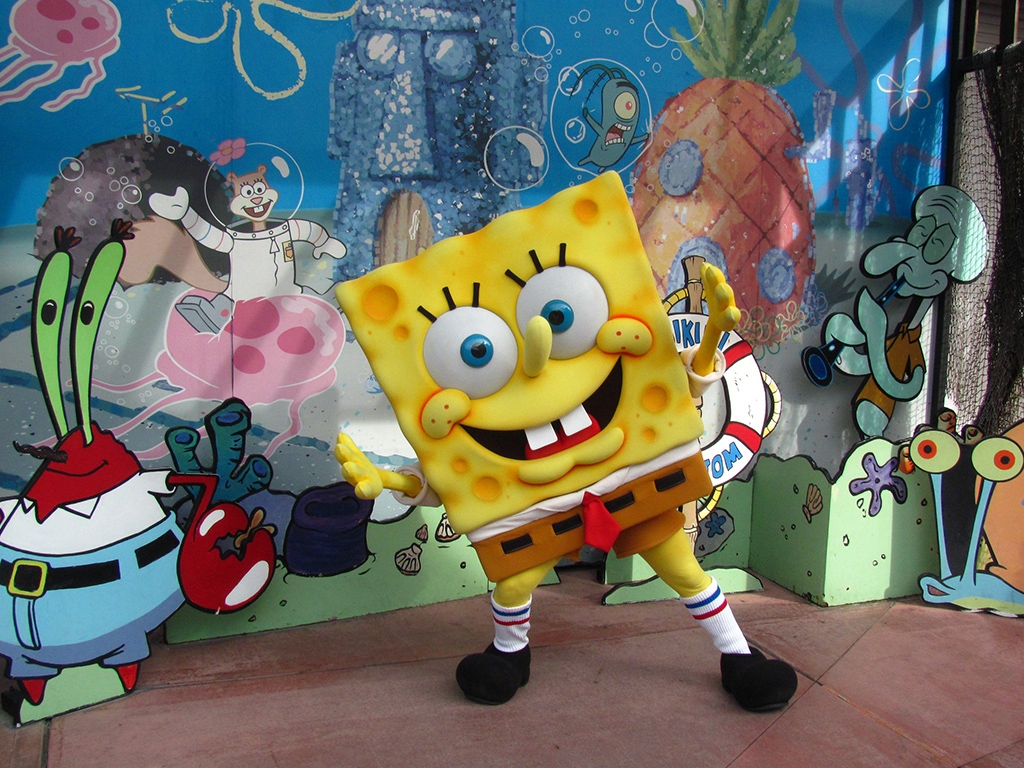 So too, since earlier this year, do a slew of other favorites on a pair of popular child-focused stations broadcasting in Kazakhstan – U.S.-owned Nickelodeon and French-owned TiJi.

For many Kazakh-speaking families, this has come as a pleasant surprise.

“My child can finally watch bright, engaging, high-quality cartoons,” Ainash Duisebayeva, a homemaker who lives in a suburb of Almaty, told Eurasianet. “My son only used to watch Balapan, which is the only available children’s channel in Kazakh, the language he understands, although the American and Russian alternatives are far more interesting.”

This development, which has been made possible through funding from the Information and Social Development Ministry, has long been awaited by people lamenting the dearth of Kazakh-language content. Even after three decades of independence, Russian remains dominant in high-end entertainment, not to speak of official and commercial communications.

Aigul Rakisheva, a researcher at the government-affiliated Kazakhstan Institute for Social Development leading the project to “Kazakh-ify” Nickelodeon and TiJi, freely concedes there is a problem. It stems in part, she told Eurasianet, from the lack of creative professionals, such as writers and directors, able to work in Kazakh. There is also weak financial backing for local-language cultural products, she said.

A key factor underlying the problem is, ironically, low demand. Movie distributors have noted that foreign releases dubbed into Russian tend to draw audiences twice the size of those in Kazakh. Popular teen-focused science magazine Oyla (Think) was forced to stop publishing its Kazakh edition in 2016, only six months after launching, because the Russian version was selling so much better.

One explanation for these market trends lies in the rural-urban divide. People with greater disposable incomes and access to cinemas and bookstores tend to live in the cities. And yet, the provision of Kazakh-language education in the country’s three-main cities – Almaty, Nur-Sultan, and Shymkent – does not correspond with the number of ethnic Kazakhs living in those cities.

Abil-Serik Aliakbar, a literary critic and champion of the Kazakh language, broke down the figures in an article published last June. Even though eight-tenths of the population in the capital, Nur-Sultan, is Kazakh, Russian-language schools in the academic year 2020-21 catered to 85,000 pupils, while Kazakh-language schools had only a marginally larger complement of around 108,000 pupils, he found. Similar dynamics play out in other large cities.

Aliakbar’s solution for this, though, would make many blanch.

“It is time to divide schools into Kazakh and Russian, depending on the ethnic composition of students,” he argued. “Then the number of Kazakh schools in the three [largest] cities will increase.”

The situation only compounds in higher education. At university, Russian or even English textbooks are usually the ones most readily available.

In an attempt to partially fill that gap, the government last year funded the translation of 100 famed international works of scholarship into Kazakh. The list of works was mainly drawn from the humanities and featured best-selling, if now decidedly antiquated, classics such as Bertrand Russell’s A History of Western Philosophy and E. H. Gombrich’s The Story of Art. The government then dispatched 10,000 copies of each book to educational institutions across the country.

Rakisheva says demand is, despite all the hindrances, getting more robust.

“We are already in talks with foreign TV channels on the possibility for further cooperation and joint production of local content,” she said.

Geopolitics is doing its bit.

Cinema releases in Kazakhstan have historically been indirectly distributed by Russian companies, who have as a rule garnered movie distribution rights for much of the former Soviet territory. The commercial logic was that Russian distributors would handle the process of producing slick, Russian-language dubbing, leaving sub-licensees with the job of placing movies in cinemas and marketing. Following the outbreak of war in Ukraine, major U.S. studios have ceased dealing with Russian companies, however.

“Foreign content makers will develop new markets, and Kazakhstan may well be of interest to them in this regard,” Rakisheva said.

It is too early to say how, or if, this will affect the language question, but one possibility is that localization of the distribution business may make companies think harder about tailoring content to speakers of Kazakhstan’s native language.

Some effort is being seen at the grassroots level too. One example is the Instagram page Qazaq Grammar, which instructs its 50,000 followers on how to write and speak the language correctly and avoid common grammatical pitfalls.

The creator of the account, Nursultan Bagidolla, says the main purpose of his page is not to be a language course in the conventional sense, but to organically introduce the Kazakh language into modern online content through memes and comics.

Another effort has come from a youth-led group called QazaqshaJaz (Write in Kazakh). Their approach is activist. In the summer of 2020, members of the group coordinated a mass posting campaign on corporate social media accounts, demanding that labelling and advertising also be produced in Kazakh. Their effort seems to have yielded some success as many brands did subsequently start using more Kazakh in their output.

There has also been movement on the legislative front. Late last year, parliament adopted a requirement that advertisements and menus be produced in Kazakh. Aliya Sari, a coordinator at QazaqshaJaz, claims this bit of legislative work as the result of her group’s relentless petitioning of officials.

Pushing for similar legal requirements for online content is the next mission, Sari told Eurasianet.

For Sari, the stakes of finally unraveling the language knot could not be higher.

“Content in Kazakh is needed like air if Kazakh-speaking citizens are going to participate actively in the life of the country,” she said. “This will not only satisfy the needs of Kazakh speakers, it will also advance social and economic progress.”