News of the bill only leaked because a lawyer wrote about it on Facebook. 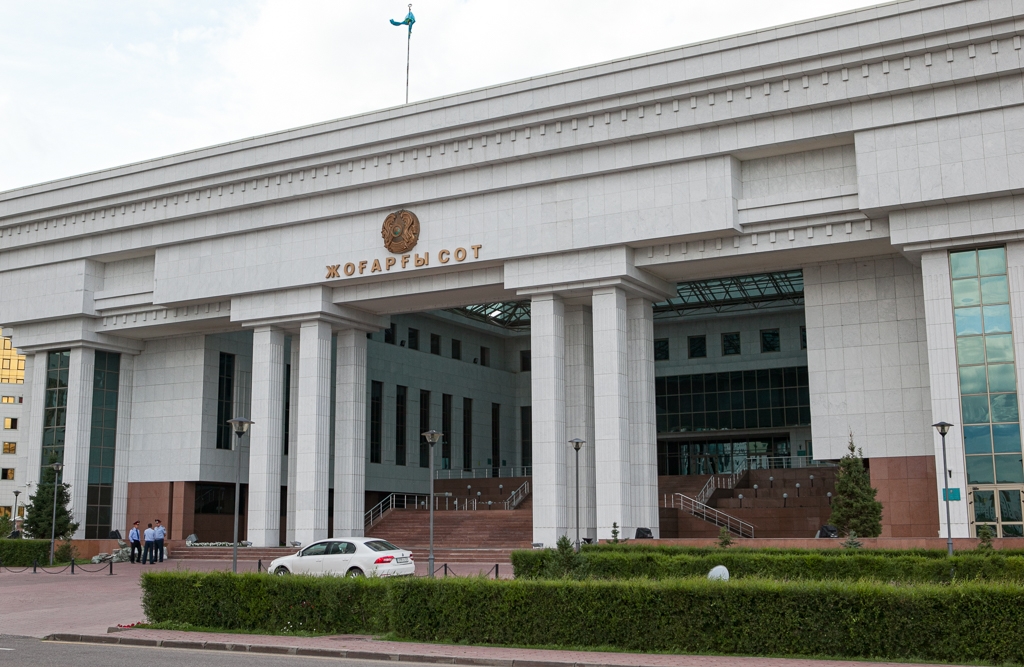 Kazakhstan’s parliament is considering legislation to keep journalists out of courtrooms, further restricting freedom of speech.

Deputies in the Mazhilis, the lower house of parliament, wish to ban any information about court cases from appearing in the media or on social networks before judges' hand down their rulings.

News of the amendment to the judicial code would likely not have leaked had Almaty-based lawyer Gulnara Suleimenova, a participant in the MPs’ online working group, not reported it on Facebook on October 21.

Suleimenova, who was invited to the proceedings to represent the Republican Lawyers Association, a lobby, was forbidden from speaking. She says the head of the working group disconnected kicked her off the Zoom meeting. No journalists or bloggers were invited to the discussion.

After news of the bill leaked, its author, Mazhilis deputy Nurlybek Ozhaev of the ruling Nur Otan party, said the legislation is needed to counteract the negative effect social media has on Kazakhstan’s judicial system, reported Informburo.kz. He argued that people spread false information to pressure judges.

Following the discussion, Ozhaev withdrew the amendment, promising to rephrase and resubmit it.

The bill drew immediate criticism from both the legal and journalistic communities.

Suleimenova said that the amendment is not only "discriminatory and anti-constitutional," but also prohibits "the most important specific form of public control over justice" – media oversight – which does not infringe on the independence of the courts or interfere in the administration of justice.

Zhanna Nurseitova, director of the news website Otyrar.kz, noted that many courts in Kazakhstan are fair only because they are under close media scrutiny, adding that the justice system has other problems to address.

"Why, instead of working on the qualifications of judges, on corruption in the judicial system, did you decide to go the way of just covering it all up?" Nurseitova wrote on Facebook in a post addressing the Supreme Court, which she appears to believe is behind the bill.

Kazakhstan’s embattled journalists have long been largely free to cover Kazakhstan’s court system, but that may already be changing.

Serikzhan Mauletbai, a correspondent for Informburo.kz, wrote on Facebook last month that a judge forbade journalists from publishing information about a high-profile shooting that left five people dead, telling the journalists they needed the prosecutor’s permission first. Journalists saw the order as a form of censorship. Troubling details about the armed confrontation do not cast Kazakhstan’s banking sector in a flattering light: The suspect was being evicted from his home at the time of the shooting and much of the public response has dwelled not on the killings themselves, but on the perceived excesses of banks issuing unaffordable credit.

The proposed gag order on the press fits into a pattern of attempts to restrict the media.

Last month the Majlis voted overwhelmingly for legislation designed to force social media and messaging software companies to register in Kazakhstan or face being blocked. Supporters of the bill say the move is intended to protect children from online bullying, although critics believe it is yet another effort to silence critical media.

Earlier this month a popular news website that reported allegations from the Pandora Papers (that former president Nursultan Nazarbayev had transferred $30 million to his mistress using secret offshore accounts) went offline, apparently blocked by authorities. It was restored only after the website took down the offending news item. The top three editors then resigned, saying they had compromised their principles.