The project is intended to partially bridge the language knowledge gap with Russian. 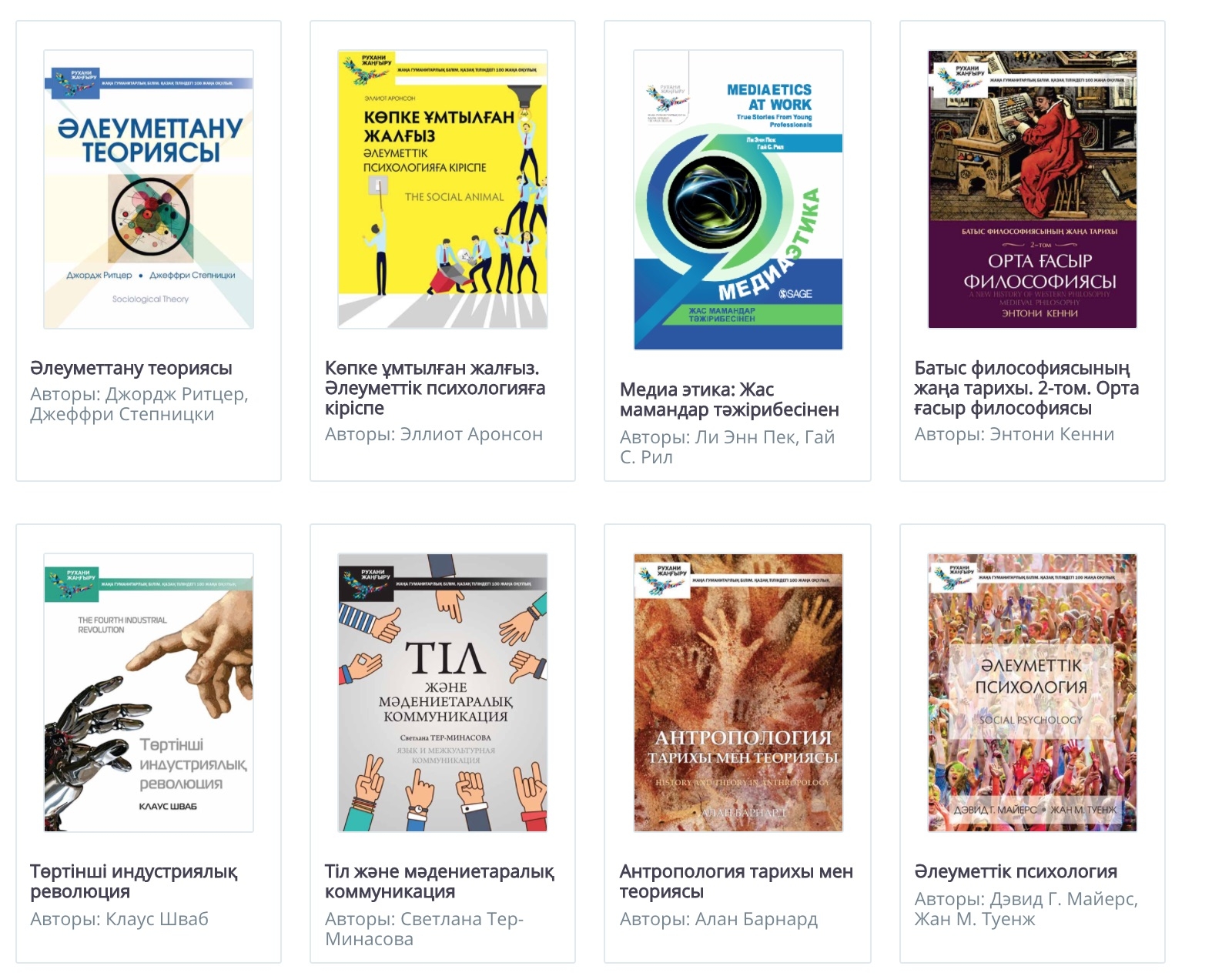 Kazakh textbooks as seen on the open university portal.

The government of Kazakhstan has in its latest attempt to broaden the scope of the national language funded the translation of 100 famed international works of scholarship into Kazakh.

The list of works is mainly drawn from the humanities and features best-selling modern classics such as Bertrand Russell’s A History of Western Philosophy and E. H. Gombrich’s The Story of Art. Other books include well-known economics and social science textbooks.

Officials said 10,000 copies of each book had been printed and are being sent to educational institutions across the country.

The intent behind the project, which was funded with $9 million of government money, is to broaden the selection of educational materials available to Kazakh speakers. Russian, and English to a lesser extent, is the language in which most advanced textbooks are currently made available to Kazakhs in higher education.

“We are providing every student in Kazakhstan with the opportunity to familiarize themselves with the best textbooks, ideas and works of the most famous scholars in the world,” Krymbek Kusherbayev, the State Secretary, a senior policy advisor to the president, told a government meeting on September 22. “It is a great achievement that our teachers and students will have access to this kind of content.”

Electronic versions of textbooks are also being made available on an online open university portal. That resource incorporates distance-learning tools like video lectures in Kazakh.

The chronic imbalance between the availability of textbooks in Kazakh on one hand, and Russian on the other has had tangible effects.

As the Kazakhstan-focused OECD Reviews of School Resources noted in 2015, “according to [Program for International Student Assessment] data, the language of instruction in schools (Kazakh or Russian), school location (urban or rural), and the socio-economic background of students and schools make a difference in students’ performance.”

“Kazakh-language schools scored lower than those in Russian-language schools in PISA 2012, with the differences in reading and mathematics equivalent to about one year of schooling,” the OECD found.

While variations reflect a spectrum of factors, such as the different socio-economic standing of students attending different types of schools, materials also play an important role.

“World Bank analysis has shown that school resources contributed as much to the improvement in average PISA scores between 2009 and 2012 as the individual students’ background characteristics. In mathematics, school resources matter more in improving performance of high achievers, whereas in reading they matter more for low- and middle-achieving students,” the OECD report stated.

The 100 textbooks initiative has been welcomed as a positive start, but colossal amounts of additional progress are needed to redress imbalances.

Serik Irsaliyev, president of Astana International University, noted earlier this year that although the number of Kazakh-teaching institutions has expanded, a shortage of quality Kazakh textbooks persists and that this problem deserves “very serious attention” at the state level.