Officials say the illegal miners are placing an unbearable burden on the power grid. 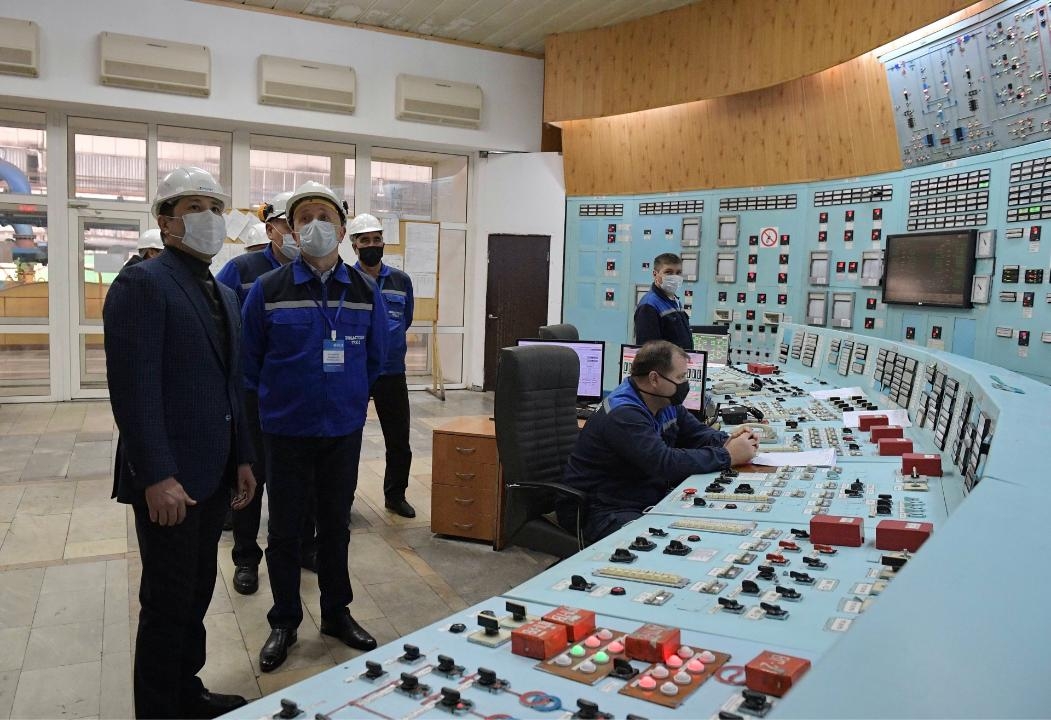 No mining here: The governor of Pavlodar, left, visiting a coal-fired thermal power station in the town of Ekibastuz in 2021. (Photo: Kazakhstan government)

Energy officials in Kazakhstan say they have over the past week uncovered 13 illegal data-mining farms collectively using more than 200 megawatts of power.

The facilities have been found all over the country, in the regions of Karaganda, Pavlodar, Turkestan, Akmola, and Kostanai, and in the cities of Nur-Sultan, Almaty and Shymkent.

“[Efforts] to identify and disconnect mining farms from the electrical grid will continue, and the relevant government bodies are also conducting investigations into the data-mining farms that have been detected,” the Energy Ministry said in a statement on February 21.

War on unlicensed crypto-miners was declared earlier this year by Digital Development, Innovation and Aerospace Industry Minister Bagdat Musin, who appealed for help from the public in implementing the crackdown.

“Gray miners are doing a lot of harm to our power grid. The energy costs of illegal mining are estimated to exceed 1 gigawatt,” he said on February 3.

A few days later, President Kassym-Jomart Tokayev called on the government to draw up guidelines for regulating and developing the sector.

“The government should develop a full-fledged package of solutions for the regulation and development of digital mining. I expect results by April 1,” he said on February 8. “The government is not opposed to ‘white’ miners, but people who want to operate in this sector must have a license, get their electricity at the appropriate tariffs, declare their income and pay taxes, and get involved in green projects.”

China’s de facto ban on crypto-mining last summer precipitated a boom for the industry in Kazakhstan, where operators took advantage of relatively low electricity costs to turn the country for a while into the second-biggest crypto-mining center in the world.

Many have done so without registering themselves with the authorities, however, leading to a series on knock-on problems. They use copious volumes of electricity at household rates, thereby depriving power providers of revenue. Unpredictability in usage patterns also complicates the ability of electricity producers to draw up reliable output plans.

The government has blamed crypto-miners, who they say have placed an excessive load on energy infrastructure, for an increasing number of rolling blackouts across various regions in recent months. According to the Energy Ministry, power consumption in January-October 2021 grew by 8 percent compared to the same period a year earlier. In earlier years, consumption grew annually by less than 2 percent.

Last week, deputy Energy Minister Zhandos Nurmaganbetov seemed to be suggesting that tracking down all the so-called gray miners might take time, since many of them operate out of sight.

“[Energy Ministry inspectors] cannot go around the whole city to work it out. We make enquiries with energy-generating companies: ‘Hand over whatever information you have about miners.’ But they don’t give us anything. What you have to understand is that either they don’t know either, or this information is being hidden somehow,” Nurmaganbetov told reporters on February 17.

Some of the illegal data farms have been going about their business with remarkable brazenness, though. The facility found in the Pavlodar region, for example, was situated within the grounds of a coal-fired thermal power station in the town of Ekibastuz. Another was operating out of six containers at an industrial park in the commercial capital of Almaty.