60 percent of the working population has filed for financial aid. 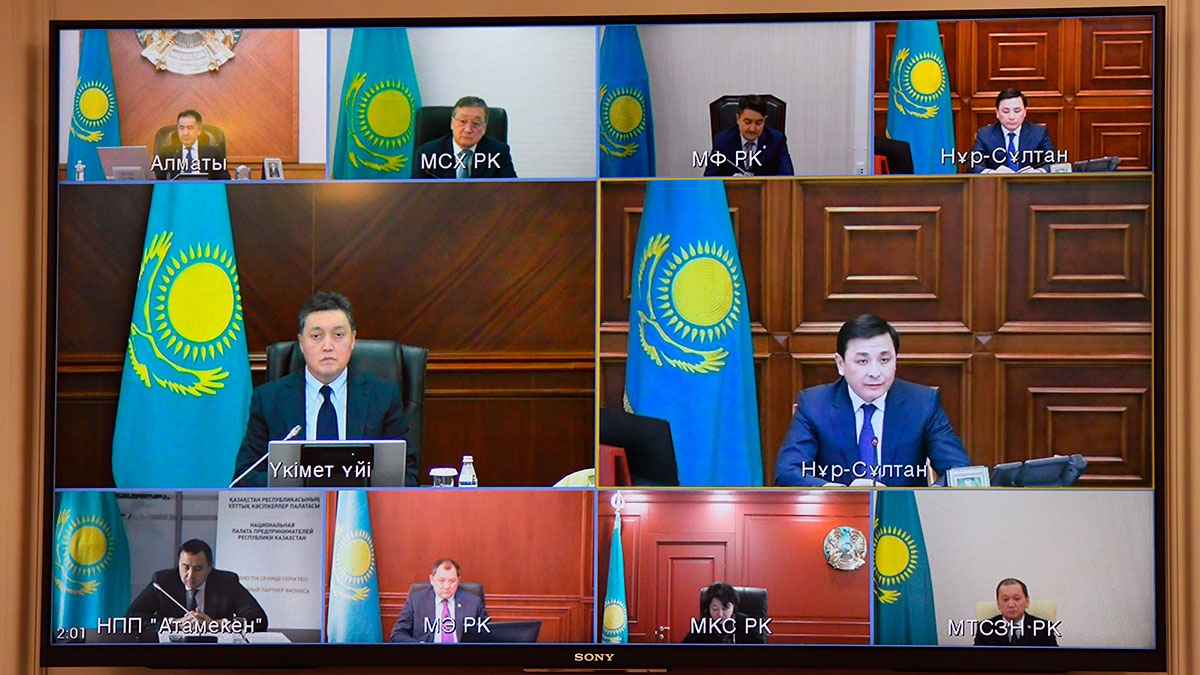 The government in Kazakhstan says it has paid out compensation for lost income caused by the ongoing coronavirus-related lockdown to more than 2.7 million people.

The direct-to-the-population payments, which will have cost at least $270 million to date, are perhaps the boldest strand of government efforts to mitigate the economic and social fallout of the national shutdown that was put in place to halt the progress of COVID-19 in Kazakhstan.

On April 14, deputy Health Minister Lyazat Aktayeva told reporters that experts are hopeful that the epidemic is plateauing in Kazakhstan -- remarks that are raising hopes of an imminent transition to a gradual return to normality.

“We are reaching the peak stage of infections,” Aktayeva was quoted as saying by Tengri news website. “The level is at seven per 100,000 people. We have in consideration of this begun a major screening process, particularly for those engaged in providing essential needs to residential areas and who are risk of infection. There will be active testing through to April 20.”

Health Ministry figures from April 16 showed 1,341 had been infected with the coronavirus.

Possibly with Aktayeva’s prognosis in mind, the government on April 15 released a list of enterprises that may resume operations from April 20.

The list varies from city to city and includes companies involved in industry and construction, car dealerships, notaries, and banks, albeit with reduced staffing. In the capital, Nur-Sultan, food takeaway and delivery establishments will be permitted to stay open until 10 p.m.

According to the latest available figures, the government has received applications for the emergency financial aid from 5.3 million people. Officials say processing time can take up to three business days. The figure is astonishing, considering that in 2019, according to official data, there were around 8.8 million people in regular employment in Kazakhstan.

Welfare benefits are only one strand of the emergency measures in place.

First Deputy Prime Minister Berik Sholpankulov said on April 2 that the government was allocating 5.9 trillion tenge ($13 billion) to a war chest that will also be used to prop up businesses and protect jobs.

Officials appear confident that Kazakhstan will weather the storm, but they are sober about the consequences of the situation on economic performance this year. Earlier this month, it revised its projections for 2020 to forecast a 0.9 percent contraction of gross domestic product. Before the current crisis hit, GDP had been expected to expand by 4 percent.

National Economy Minister Ruslan Dalenov said on April 2 that the value of exports has been especially badly hit.

Kazakhstan is at least blessed with a financial parachute in the form of its National Fund, which will be central to the government’s plan to spend its way out of trouble.

Those reserves are currently worth around $60 billion. Reuters news agency reported earlier this month that the government intends to use up 4.8 trillion tenge ($10.6 billion at current rates) from that pot this year, up from the 2.7 trillion tenge ($6 billion) it intended to use previously.