Kazakhstan: Activist dies in detention, piling pressure on the authorities

Agadil's colleagues have protested outside the Interior Ministry. 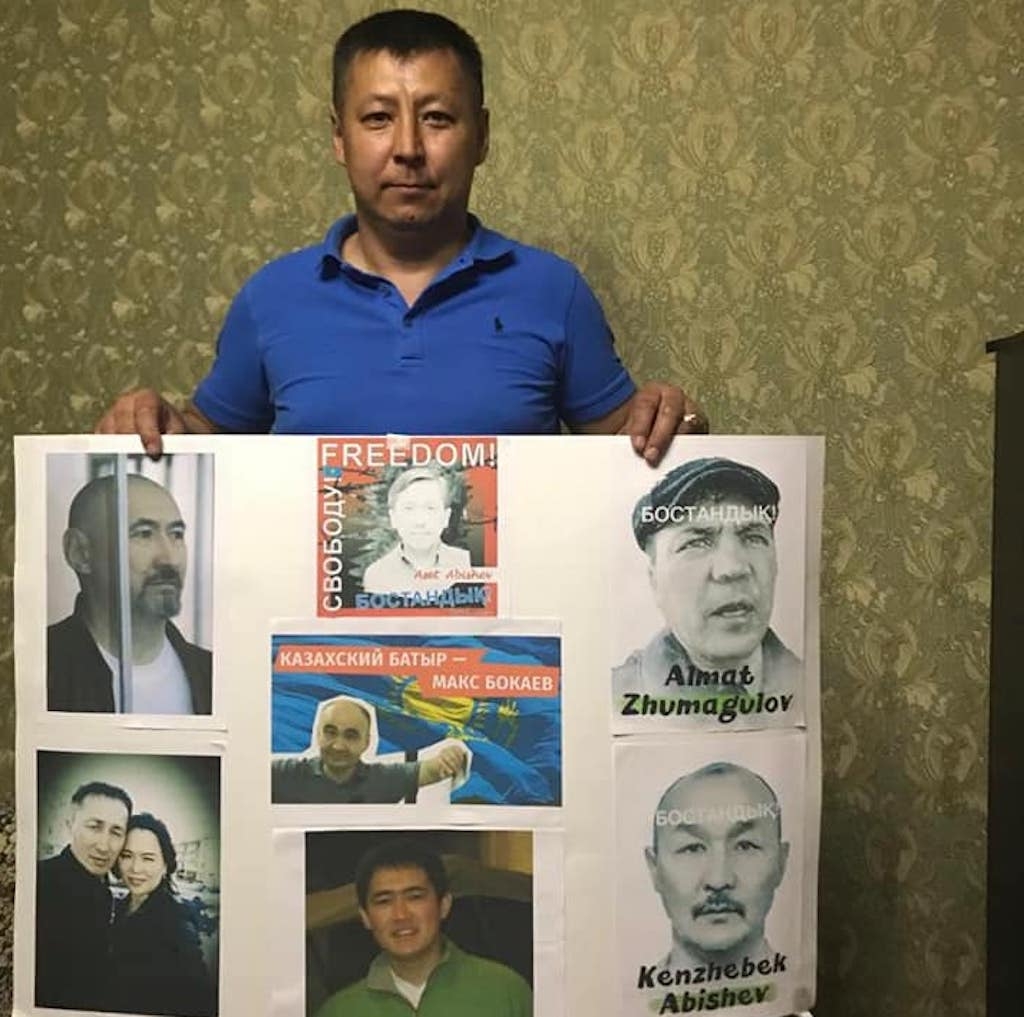 It all began with a knock on the door in the night.

By the time police in Kazakhstan’s capital, Nur-Sultan, had announced the death of seasoned protester Dulat Agadil on February 25, footage of his detention had already been widely shared on social media.

Videos posted on Facebook showed how Agadil, a 43-year-old father of six, was apprehended by a squad of plainclothes police at his family home.

Agadil, a slight man, was half-dressed at the time the video was shot – around 9 p.m. by the police’s own admission.

He appeared visibly disorientated as officers handcuffed him and led him out to an unmarked vehicle, which transported him to a temporary detention facility in Nur-Sultan.

This was where he died, from heart failure, according to a statement by Nur-Sultan police.

Police brushed off any suggestion of foul play by citing the testimonies of his four cellmates, who swore Agadil had suffered no physical harm in detention.

An autopsy had shown that he was drunk, police claimed, much to the disgust of friends who said he neither smoked nor drank.

Hammering on this theme, Interior Ministry representative Arman Sadanov told journalists later in the day that he had vomited several times in the night.

Agadil’s fellow activists have not bought this explanation.

By the evening of February 25, police had taken 10 people who protested in front of the Interior Ministry building into custody.

The protesters briefly blocked a road, accused authorities of murdering Agadil and demanded an independent autopsy.

More overtly political demands voiced during the protest included the dismissal of the Interior Minister and the dissolution of the security council, which is chaired by former President Nursultan Nazarbayev.

Smaller demonstrations were held in other cities, including Shymkent and Almaty.

This incident is puncturing residual hopes in some quarters that Nazarbayev’s successor as head of state, Kassym-Jomart Tokayev, might oversee a softening of authoritarian rule.

According to the calculations of RFE/RL’s Kazakh service, Azattyq, Agadil had spent over 60 days in detention in the last year or so.

For the most part, his offenses were directly or indirectly related to draconian laws on freedom of assembly.

Officers on this occasion detained him because of an alleged violation of the terms of his house arrest. That house arrest, in turn, was linked to contempt of court charges that date back to January.

Activists had planned to hold protests on February 25, in time for the arrival of a delegation from the European Parliament.

These occasions regularly precipitate crackdowns – an EP resolution from March 2019 on Kazakhstan’s rights situation recalls that a number of activists were detained while trying to meet EP delegates during a similar visit in 2018.

Agadil was a sympathizer of the Democratic Choice of Kazakhstan, or DVK, movement headed by Europe-based, fugitive regime opponent Mukhtar Ablyazov.

In recent times, Agadil and other activists had affiliated themselves with the Koshe, or “Street” party, a decoy to shield activists from the ramifications of supporting a movement deemed extremist under Kazakh law.

Ablyazov took to Facebook for an impromptu online broadcast shortly after the death was announced. He called for the rallies that took place later in the day and hailed Agadil’s civic contributions.

Ablyazov also said that Agadil was among the activists that travelled to the remote border village of Zaisan to support two ethnic Kazakhs whom authorities jailed after they escaped to the country from neighboring China.

Agadil was “killed for his active position,” Ablyazov concluded.

Other testimonials about Agadil were more raw.

Aigul Akberdy, a DVK activist from the western city of Aktau who has been the target of sustained pressure from authorities, recalled receiving a video call from Agadil in January.

He was phoning to congratulate her on the anniversary of her surprise acquittal of incitement charges in a court case that drew national attention.

“He couldn’t hold his tears back,” she remembered.