Senior figures in the country's elite have also been surveilled. 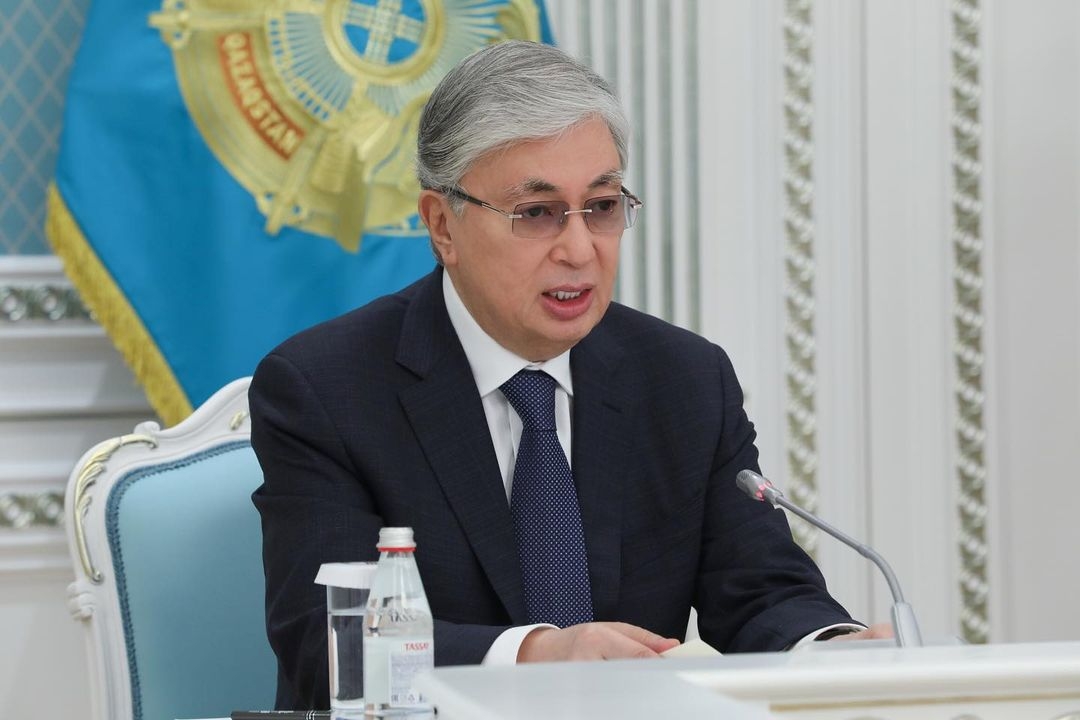 Speak clearly into the mic: President Kassym-Jomart Tokayev is one of hundreds in Kazakhstan to have been tracked with the Pegasus software. (Photo: Kazakhstan presidential administration)

Activists in Kazakhstan tracked by the Israeli surveillance firm NSO Group, apparently at the behest of their country’s authoritarian government, have expressed indignation but little surprise that they too have been targeted for snooping.

“Today I have become a real star,” government critic Bakhytzhan Toregozhina wrote on her Facebook account. “To be honest though, I always knew that I was being tracked … just that now it is confirmed.”

In a more surprising turn of events, however, it appears that the communications of the uppermost layers of the country’s elite – including men who would go on to become president and prime minister – have been surveilled as well, according to reporting by the Organized Crime and Corruption Reporting Project.

It is unclear why President Kassym-Jomart Tokayev, who was handpicked by his predecessor, Nursultan Nazarbayev, to take over the reins in 2019, would have been spied upon by his own government while he was still acting as head of the Senate.

The Pegasus software at the heart of a daily unfolding series of revelations works by installing itself on the telephones of unsuspecting targets. Snoopers can get access to all data on the device, including exchanges on messaging apps protected by encryption. The software is even able to turn the phone into a bug as it can turn on the microphone and camera to capture conversations.

The NSO Group has dismissed criticism of its software, saying that it is designed to be used by its clients to uncover plots by terrorist groups and criminal gangs.

Journalists provided with leaked data have gained access to a list of 50,000 phone numbers whose mobile devices were allegedly hacked and identified with the Pegasus software. The leak contains around 2,000 Kazakhstan-listed numbers, of which eight had been identified as of July 21.

Other than Toregozhina, the list includes the names of two journalists, Serikzhan Mauletbay and Bigeldy Gabdullin. Another two French activists involved in Kazakhstan-related work are also named.

Mauletbay, a correspondent for the news website Informburo.kz, was as sanguine as Toregozhina, but he demanded that action be taken.

“I believe the journalistic community should respond to reports of surveillance and demand an answer from the authorities as to why they are spying on us,” he wrote on Facebook. “I will write a request to the government and Akorda [presidential administration] and demand an explanation.”

Gabdullin, a veteran editor with experience running two opposition-leaning newspapers, said he believes the authorities have been tracing his calls since the 1990s.

“After I talk to my lawyers, I will take this case to international organizations. My constitutional rights have been violated,” he wrote.

Meanwhile, the three officials targeted, who also include Askar Mamin and Bakytzhan Sagintayev, the current and a former prime minister, respectively, have not acknowledged their involvement in their Pegasus saga at all.

The question is why they would have been tracked.

All were seemingly selected for surveillance before taking up their high-ranking jobs, indicating that the probe might have been part of a vetting procedure.

None of these revelations are likely to cause much shock among the general population in Kazakhstan, since most, like Toregozhina, will long have labored under the assumption that the government spies on its citizens with abandon. Mobile phone companies and internet service providers have little liberty to resist requests from the security services to give them access to call data and, most likely, to allow them to tap calls without court approval.

The added appeal of Pegasus for Kazakhstan’s spooks, it would appear, is that it can dig deeper and obtain details about exchanges on encrypted applications that a lot of old-fashioned surveillance cannot.