Workers across Kazakhstan are calling strikes, impatient for the better conditions the president promised after widespread unrest last month. 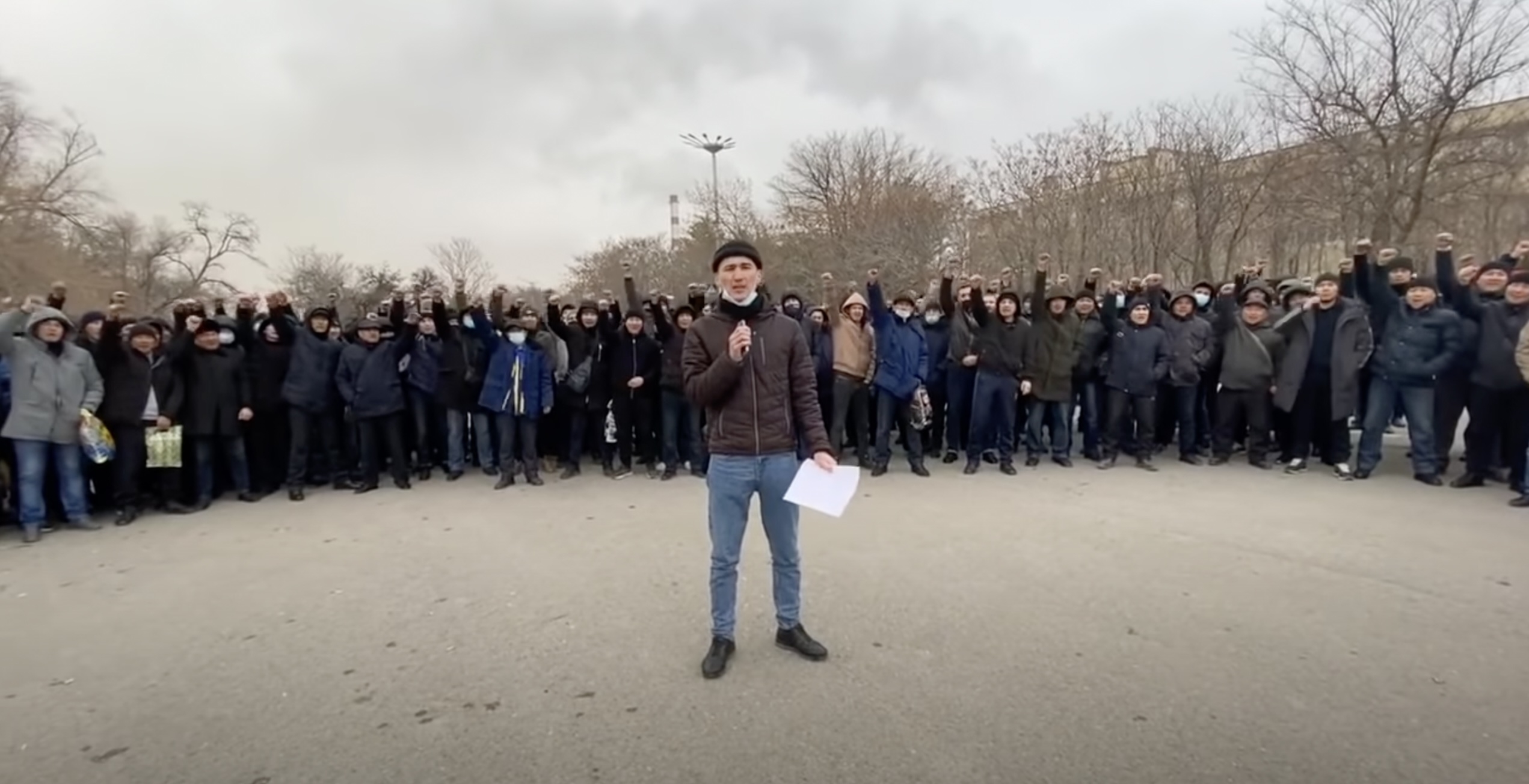 As President Kassym-Jomart Tokayev firefights the aftermath of fatal civil unrest that erupted in Kazakhstan last month, he is also confronting fresh bouts of industrial unrest as grievances over low salaries spill into strikes.

On February 7 workers rallied outside an energy facility in western Kazakhstan that is owned by a subsidiary of Kazatomprom, the state-owned nuclear company, as negotiations to resolve a pay dispute floundered.

Alarmingly for Tokayev, the latest bout of industrial unrest broke out in the oil-rich Mangystau Region, where peaceful protests against fuel price rises began in early January before snowballing around the country and ending in violence.

On January 25 workers from the MAEK-Kazatomprom energy plant put forward a demand to double their pay.

The company rejected it, on the grounds that it cannot afford the pay hike. It offered instead a 30 percent raise for all staff except managers, plus other concessions including bonuses paid out on public holidays. Workers’ representatives on a reconciliation committee rejected the offer.

Staff staged a protest rally on February 3 outside the plant, which is headquartered in the city of Aktau and supplies electricity, heating and water to the region.

Workers also penned a direct appeal to Tokayev complaining that in the face of rampant inflation they cannot live on their salaries, which they said average just 140,000-160,000 tenge ($325-370).

That is way below the national average salary of 268,051 tenge ($600). It is also below the average for Mangystau Region, which officially stood at 350,000 tenge at the end of last year.

The dispute will now go to arbitration, although the company says it will still raise salaries by 30 percent from March.

But angry workers rallied again outside the plant on February 7, continuing to demand their salaries be doubled.

Video published by local newspaper Lada showed workers cooking food under a large tent they had erected, indicating that they may plan to picket the facility indefinitely.

MAEK-Kazatomprom confirmed the protest was taking place. However, it said its operations – which include three electric power plants and several other industrial facilities – continued to function without interruption, despite some of its 3,645 workers downing tools.

This is only the latest industrial unrest to break out in Kazakhstan, where low salaries were a key grievance fueling the protests in early January.

Oil workers in western Kazakhstan went on strike at the time in solidarity with protesters, as did workers at the Kazakhmys copper producer in the south-east of the country.

More recently, strikes demanding pay rises have erupted among anyone from telecoms workers to ambulance drivers and firefighters.

Couriers working in the gig economy have also threatened action over claims of deteriorating pay conditions.

After Tokayev acknowledged that many citizens earn low salaries and pledged to reform Kazakhstan’s economy to make it more equitable, workers are clearly impatient for fast results.