Kazakhstan: After Xinjiang, the long road to recovery

A crowdsourcing project in Kazakhstan is treating victims of Chinese detention camps. 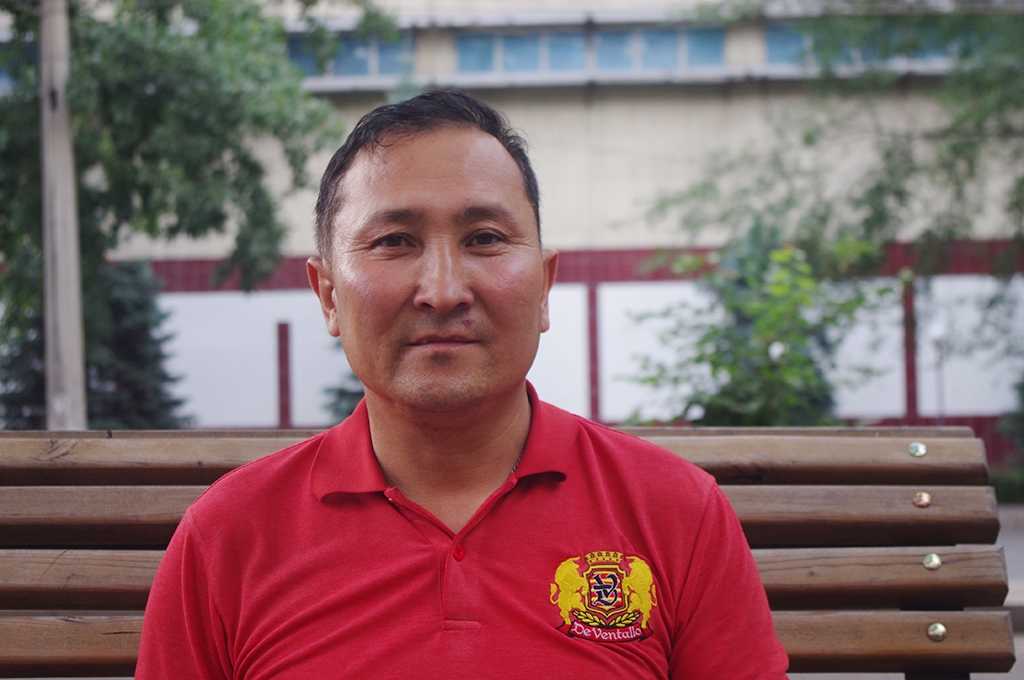 When Tursynbek Kabiuly arrived in Kazakhstan in February following a 17-month absence enforced by Chinese authorities, he could see the joy on his wife Oralkhan’s face.

But unless she spoke loudly, he could hardly hear her.

Kabiuly, an ethnic Kazakh who hails from Emin county in China’s northwestern Xinjiang region, says he owes the burst eardrum in his right ear to a guard in the police detention center where he was held arbitrarily for six days last year with minimal food and water.

During a trip to a restroom, Kabiuly resorted to slurping from a tap in order to quench his thirst. The guard waiting for him outside lost his temper and struck Kabiuly around the head so hard that his ear bled from the pain.

“If I had complained to his superiors about it, my situation would have gotten much worse, very quickly,” Kabiuly told Eurasianet.

Kabiuly is one of nine former Xinjiang detainees who have had health problems diagnosed and treated at a private clinic in Kazakhstan’s largest city, Almaty, following their release from China.

The visits are the result of a crowd-sourced campaign organized by a Russian-American researcher, Gene Bunin, and a Kazakh rights organization, the International Legal Initiative, or ILI.

The $500 hearing aid that the crowdsourcing project purchased for Kabiuly is one of the more expensive outlays from the funding drive that raised $6,000 and has now entered a second round. At least one other former detainee that reported similar blows to the head in incarceration had hearing loss that could not be treated.

“It’s like a gift from God,” Kabiuly said of the earpiece. “I feel I am getting back to myself again.”

Kabiuly’s Xinjiang nightmare began in September 2017 after he travelled from Kazakhstan, where he had filed papers for citizenship, to Emin to attend a relative’s funeral.

The trip coincided with an intensifying security crackdown in the region that began with the confiscation of millions of passports belonging to Turkic and Muslim minorities.

By the end of the year, Xinjiang had been reshaped as a futuristic police state, complete with internment centers slated for "re-education" of minority citizens.

Kabiuly’s return in February this year came on the heels of a Kazakh Foreign Ministry statement which claimed China had allowed over 2,000 ethnic Kazakhs to cross into Kazakhstan as a “kind gesture.”

ILI’s director Aina Shormonbayeva says over a hundred of the 162 individuals whose cases her organization raised with the foreign ministry and other international advocacy groups have now returned to their historic homeland.

Many of them, like Kabiuly, had begun the process of applying for Kazakh citizenship and had immediate family members who were Kazakh passport holders.

The Foreign Ministry, which has trodden delicately around the hypersensitive issue of Xinjiang, provided no details to substantiate its much larger figure for returnees.

Whilst in Xinjiang, Kabiuly witnessed a broad cross-section of the horrors that the Chinese state has inflicted on non-Han citizens in its bid to reshape life there.

Although he was never a resident of one of the now-notorious internment camps, his mother-in-law was.

As Oralkhan and her children petitioned for Kabiuly’s release from China and her mother's release from the camp, Kabiuly and his brother-in-law were confronted with constant surveillance and regular check-ups from authorities.

Under this pressure, Oralkhan’s brother committed suicide, months before their mother was released from the camp.

Kabiuly sent a message to Oralkhan, informing her of his intent to divorce her – a message she instantly dismissed as sent under duress.

At one point during this campaign of intimidation, Kabiuly told Eurasianet that Emin authorities forced him to deface several family tombstones.

Kabiuly was given no official reason for his brief but harrowing detention last September.

But it was his links to Kazakhstan – China’s closest economic partner in Central Asia – that were the subject of consecutive interrogations.

“They told me that Kazakhstan was on a list of countries with terrorism. But I think it is China that is the terrorist country. How can a government that treats citizens like livestock talk about terrorism?” he asked.

Donors to the medical aid project have typically been the same people who have donated to Bunin’s Xinjiang Victims database, an online register consisting of over 5,000 testimonies for people who have fallen prey to repressions in Xinjiang.

“One detainee has a brain cyst that might need removing. Depending on the cost of that operation, however, it might not be something that we can fund,” he told Eurasianet.

One area that the crowdfunding effort has not yet touched is mental health, wherein former detainees and their relatives describe pressing needs.

Kabiuly says his main priority after restoring his hearing is rebuilding muscle mass so he can get the type of construction jobs that he landed before a costly and physically draining stint in Xinjiang.

But Oralkhan told Eurasianet her husband is now more withdrawn than the man who went to Xinjiang in 2017, and that he was prone to hiding mobile telephones in far corners of the house when guests arrived, fearing Chinese eavesdropping.

“We have had some strange calls to the house, and I am worried for our children," Kabiuly explained.

"I am getting better with the phones now,” he said smiling as he eyed a smartphone on the table.

Shormonbayeva praises the Foreign Ministry for its work returning ethnic Kazakhs marooned in Xinjiang, but she is critical of the government’s extreme caution on Xinjiang, which has seen Kazakhstan sit out international condemnation of Beijing's policies there.

This position limits the state's ability to involve itself in efforts to rehabilitate victims. And it represents a sharp contrast to its work reintegrating women and children returned from the war in Syria, whom the Foreign Ministry says will benefit from state-funded specialist medical and psychological care.

“But many of the Kazakhs that have recently arrived here are victims of torture, and sufferers of psychological trauma. The authorities do not categorize them as such.”