Aron Atabek had refused to seek parole because he insisted on his innocence. 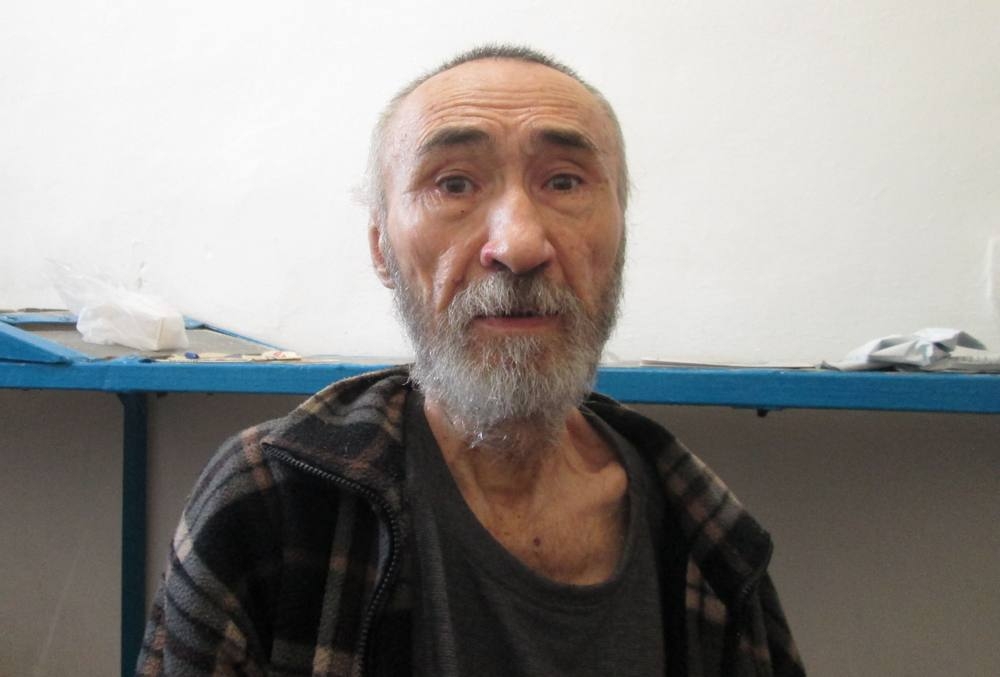 This photo of Aron Atabek, circulated by a rights campaigner who visited him in prison in August, caused a furor on social media, apparently embarrassing authorities. (bureau.kz)

A poet described by human rights campaigners as Kazakhstan’s longest-serving political prisoner has been set free with restrictions after 15 years of incarceration for a crime he insists he did not commit.

Aron Atabek was released from a prison hospital in northern Kazakhstan on October 1, months after 2,500 people signed a petition addressed to President Kassym-Jomart Tokayev appealing for his freedom as concerns mounted over the failing health of the 68-year-old dissident.

A court commuted the remaining three years of his 18-year sentence on charges of organizing unrest in 2006 over home demolitions in the Almaty suburb of Shanyrak, during which a police officer was burned to death. Instead, the court ordered one year of “restricted freedom,” entailing parole-like restrictions.

Atabek had refused to ask for parole because he insisted on his innocence. In 2012 he rejected the offer of a pardon that required him to admit guilt.

During the latest court hearing, which he attended online from hospital, he objected to the commutation of his sentence on compassionate grounds and demanded his conviction be overturned instead.

However, he was “by deception taken from the hospital to the steps of the aircraft” that flew him to his hometown of Almaty, a statement released by his family said.

Relatives have launched a campaign to raise funds for medical treatment abroad for the writer, who is reportedly suffering from a heart condition and diabetes.

A photograph of him looking pale and emaciated, circulated by a rights campaigner who visited him in prison in August, caused a furor on social media.

That outcry and news of his recent hospitalization appear to have forced the authorities to bow to pressure to release him.

Atabek’s supporters say he has been denied access to appropriate medical care and subjected to violence and mistreatment. He once spent two years in solitary confinement after smuggling out of prison an article critical of Nursultan Nazarbayev, the then president.

Officials reject claims of mistreatment and deny any political motivation in this and other cases.

In separate cases, the courts have this year paroled other defendants whom rights groups had characterized as political prisoners.

Almat Zhumagulov was released on October 1 half-way through his eight-year sentence on terrorism charges, and fellow defendant Kenzhebek Abishev will be paroled in the coming days.

They denied the charges and said they stemmed from their involvement in an informal political discussion group that publicly voiced unhappiness with the Nazarbayev regime.

Another dissenter, jailed three years ago on charges of belonging to a banned organization, was paroled in July. Aset Abishev (no relation to Kenzhebek) was imprisoned for expressing political dissent online that the court heard had “discredited” Nazarbayev and members of his family.

Activist Maks Bokayev, jailed over protests against land reform in 2016, was released in February.

According to a tally by human rights campaigners, there are still over a dozen political prisoners in Kazakhstan serving or facing jail terms.