Commentators will be watching to see if Kosanov tones down his attacks on the powers-that-be. 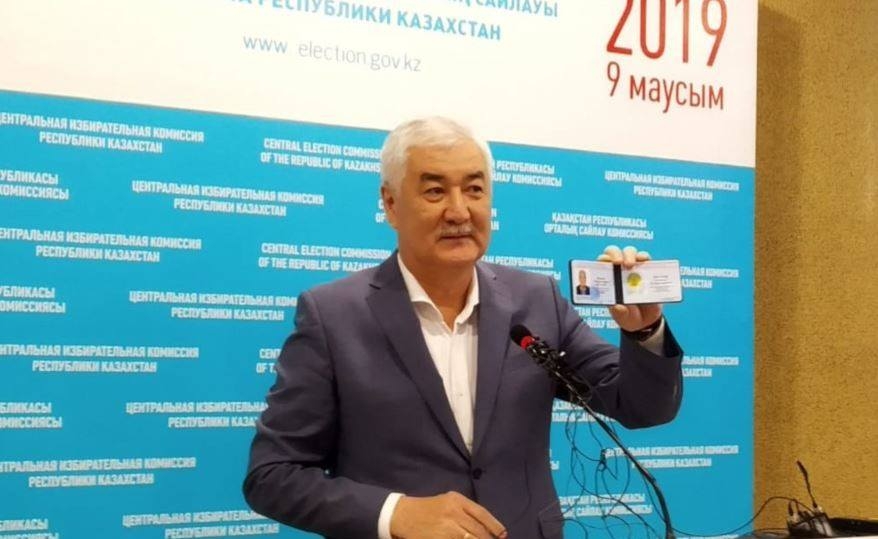 For the first time in 14 years, Kazakhstan is allowing a government critic to run for president.

On May 6 the Central Electoral Commission registered Amirzhan Kosanov (also known as Kossan) as a candidate in the snap election to take place on June 9.

Kosanov has no realistic chance of winning against the incumbent, interim President Kassym-Jomart Tokayev, whose landslide is a foregone conclusion in electoral proceedings that Nur-Sultan tightly controls.

The vote is designed to legitimize Tokayev as Kazakhstan’s new president. The succession process is being micromanaged by Nursultan Nazarbayev, who resigned in March but still wields significant powers and remains in ultimate control.

However, Kosanov’s presence on the ballot paper changes the political game somewhat in Kazakhstan, where the last two presidential elections have featured Nazarbayev wiping the floor with stalking horses who help the authorities by lending a democratic veneer to an essentially undemocratic process.

In 2011, one ostensible challenger, Mels Yeleusizov, made no secret of his role when he admitted to voting for Nazarbayev, who won that election with 96 percent of the vote. In 2015, Nazarbayev took 98 percent. He last faced an opposition candidate in 2005.

“Today it was not me who got registered but all the people who dreamed of Justice and Truth, Freedom and the National Spirit and who have supported me,” a jubilant Kosanov wrote on Facebook, posting a photo of himself brandishing his registration.

He was nominated by a movement called Destiny of the Nation, which lobbies for Kazakh linguistic and cultural rights.

The other five candidates challenging Tokayev have no record of criticizing the authorities.

They include Daniya Yespayeva from the pro-government party Ak Zhol, the first female candidate to run for president in Kazakhstan. She has invited ridicule by stating that she believes a leader should be male.

Independents are barred from standing, and Kazakhstan has no legally functioning opposition parties to field candidates. Kosanov’s political group – Forum Jana Qazaqstan, a pro-reform movement set up last year – cannot put forward a candidate as it is not officially registered.

Kosanov is a well-known government critic, with a track record of opposition politics stretching back two decades. Nevertheless, some observers have suggested that he and his movement may have been coopted by the administration, or at the very least are self-censoring their criticism.

The real test will come when the campaign kicks off on May 13, two days after the candidate registration process ends. Commentators will be watching to see if Kosanov tones down his attacks on the powers-that-be.

Nazarbayev’s resignation and the calling of the snap election have catalyzed pro-democracy protests. Some 80 people were arrested at demonstrations on May 1 and at least 10 were jailed for short spells. More protests are planned on May 9.

Two activists who were imprisoned for 10 days for unfurling a banner calling for a fair election at the Almaty marathon in April were released from jail on May 5, the day before their release was due.

That was likely to prevent them receiving a hero’s welcome at the prison gates from supporters.

Another man was fined for hanging a banner quoting the constitution.

In a further sign that authorities are keeping the heat on pro-democracy campaigners ahead of the vote, on May 6 police in the city of Uralsk took the surreal step of detaining a man who held up a blank sheet of paper. He was released without charge.