Residents struggled with sweltering heat as their beloved aircons were down for hours. 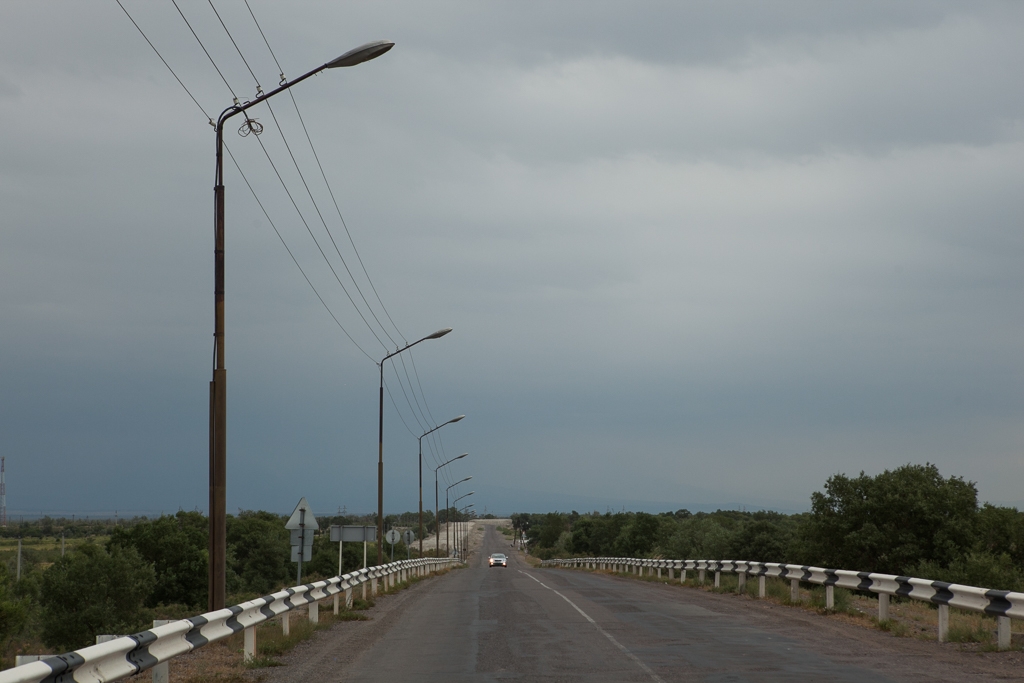 A long, hot afternoon without electricity in Kazakhstan’s largest city cast a pall over the local power grid, adding urgency to a fraught nuclear debate.

For over three hours after 2 p.m. on July 15, traffic police in Almaty directed motorists in the absence of working traffic lights and the metro system ground to a halt.

The airport managed to work through the crisis thanks to its independence from the grid, but huge parts of the 1.7 million city were simply shut down. Taxi fares temporarily surged as power-hungry mobile phone and laptop users sought out spots in the city rumored to be unaffected by the blackout. Electric scooter aficionados could be seen despondently pushing their vehicles up roads. Those lucky ones with battery power used their access to social media to vent at being stuck in hot buildings or even, in some cases, at the top of a Ferris Wheel.

This sort of thing was not supposed to happen anymore.

The root cause of the shutdown has not been publicly explained by energy authorities, who have made general references to a “system crash.”

Energy Ministry spokesman Nurlybek Zhenisbek did clarify that the shutdown was not sparked by an accident at any of the coal-fired power plants that feed the grid, including TETs-2, which went offline during the blackout.

A representative for the state-owned Alatau Zharyk Company that supplies the Almaty regional grid and draws power from TETs-2 later indicated that his company had assumed responsibility for the fault and would be taking measures to compensate consumers for losses.

Kazakhstan’s densely populated south has long faced an energy deficit – in stark contrast to the north, which runs on a separate grid that has surplus generating capacity.

Upgrades to Almaty region’s electricity infrastructure assisted by the World Bank were credited with achieving a ninety-fold reduction in power outages in the city between 2010 and 2014, when there were only two recorded outages lasting a combined total of 1.25 hours.

But Almaty’s population has continued to swell with internal migration from less economically dynamic regions while new businesses sprout.

Consumption surges in the depths of winter and the middle of summer, when demand for electric heating and air conditioners grows exponentially.

The July 15 shutdown came amid daytime highs of 35 degrees Celsius (95F), temperatures the city has endured for the past two weeks. The mercury is set to inch up to 38 degrees (100.4F) by Friday, with similar peaks for the remainder of the month.

For all that the authorities profess an interest in alternative energy, Kazakhstan remains overwhelmingly dependent on coal-fired power stations that are inefficient and smog-boosting.

The capacity of the southern grid would be completely transformed by a nuclear power station of the sort Russia’s nuclear energy champion Rosatom is building in Uzbekistan.

Tokayev last month insisted that no deal for a nuclear plant has been struck and said that the question would not be decided without public input, or possibly even a referendum.

The Almaty power shutdown continues a rough start to life in office for Tokayev, 66, the handpicked successor of Kazakhstan's 79-year-old decider Nursultan Nazarbayev.

The months since Nazarbayev's retired as president in March and handed the reins to his trusted ally have witnessed regular protests and a lethal series of blasts at a munitions depot in June.

But it is arguably a bigger blow for Bakhytzhan Sagintayev, a dour former premier who has been on a PR-offensive since he replaced Instagram-savvy Bauyrzhan Baybek – now the deputy chair of Kazakhstan’s ruling party – as mayor of Almaty at the end of last month.