As Kazakhstan awaits the Big One, its seismologists are underfunded while ever-taller buildings rise in the earthquake-prone commercial capital. 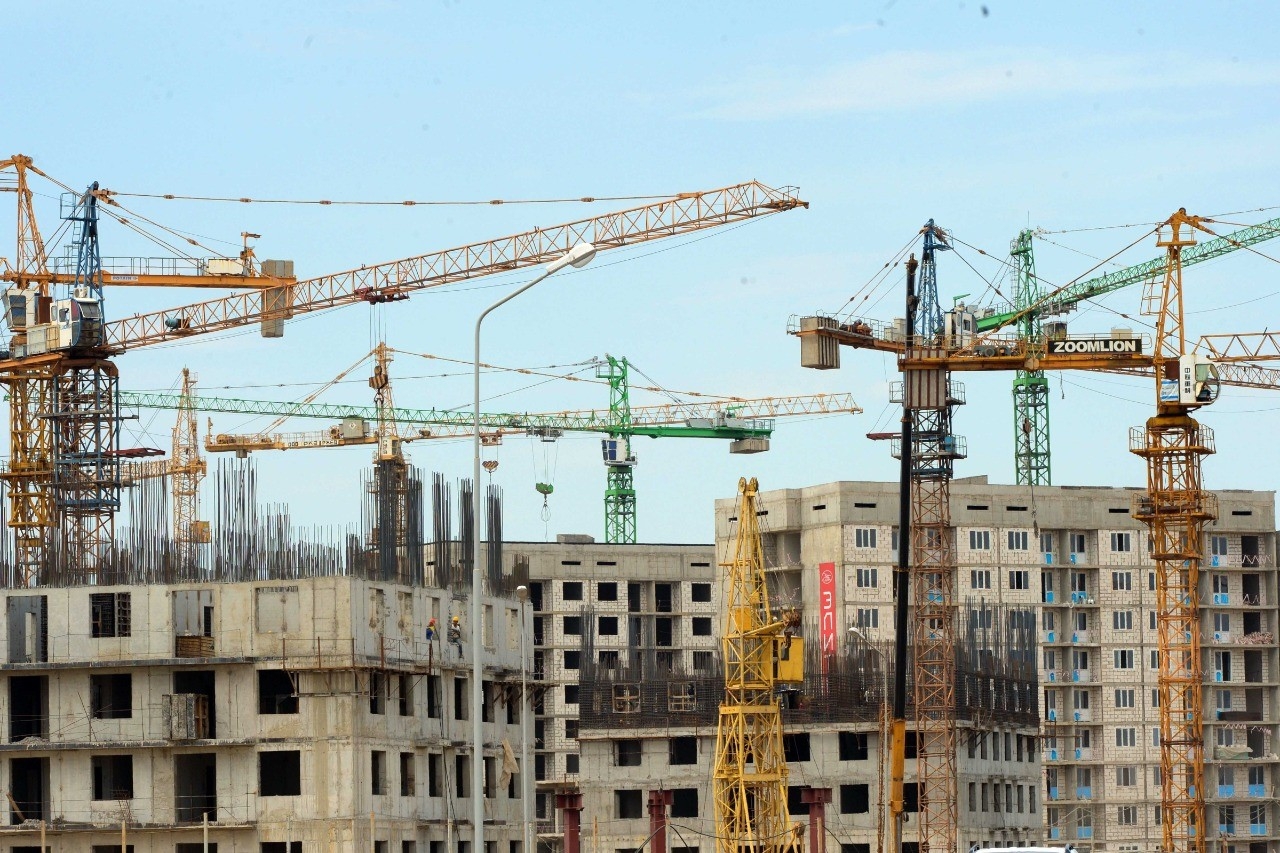 Nur-Sultan may be cold and windy, but at least earthquakes aren’t a concern.

That was Andrei Krasilnikov’s thought when he moved to the capital from Kazakhstan’s mountain-fringed business metropolis, Almaty.

“It was a shame to have to leave our hometown. We have beautiful mountains there, which we don’t have here,” Krasilnikov, an activist opposed to the rapid spread of high-rise construction, told Eurasianet. “But Almaty is in a seismic zone, and I want to live in peace and not have to worry about my family.”

By way of an example, Krasilnikov points to a recently unveiled project to build several dozen 17-story apartment blocks in a tightly packed residential area of Almaty.

“These kinds of ghettos will become a mass grave if there is a powerful earthquake, since rescue equipment will not even be able to drive up through the rubble,” the activist said.

The fears are not without basis. Almaty is in a seismically active region. Mild tremors are fairly common. And seismologists are predicting that a powerful tremor could occur within the coming decade.

Forecasts may be a hazardous undertaking, but scientists point to precedent to support their theories. At the turn of the 20th century, the city then known as Verny was struck by a string of destructive earthquakes that claimed hundreds of lives. The Kemin quake of January 3, 1911, had its epicenter around 40 kilometers from the city, but still left 390 dead and caused ruptures in the ground visible to this day.

An account retrieved from the archives by news portal Ratel.kz describes the events in all their terror.

“At the time of the catastrophe, people on a hill in the epicenter saw people running out of their homes in the Aksai valley and the next moment they disappeared along with their houses,” an eyewitness recalled.

Alla Sadykova, a leading expert at Almaty’s Institute of Seismology, outlines a number of troubling factors that warrant more research.

"We must be prepared for a dire scenario,” Sadykova told Eurasianet. "Of course, we cannot predict an earthquake. All we can do is report clear precursors indicative of a high probability of a natural disaster.”

While nothing can be done to prevent such calamities, authorities can act to mitigate their consequences or at least create effective warning systems.

“Seismic safety is clearly not a priority in Kazakhstan. We do not have enough seismic observation stations. There are only 50 of them throughout the country, and they have become obsolete over the past 20 years,” Sadykova said.

Perhaps most alarmingly, staff at Sadykova’s institute, a body that is the most important of its kind in Kazakhstan, are currently on leave without pay due to lack of funding.

The Institute of Seismology does not receive constant state funding, but instead has to apply regularly for government grants. And even those endowments are not enough to cover costs, said Sadykova.

Dosym Satpayev, a political analyst, wrote a book in 2006 that dwelled specifically on the possible consequences of an earthquake in Almaty. He notes that although experts regularly sound the alarm, authorities appear disinclined to adopt any measures.

“In the event of a strong earthquake in the city, there will be numerous casualties, chaos and a powerful blow to the economy of the entire country,” Satpayev told Eurasianet. “But officials do not seem to be the slightest bit concerned about this problem.” 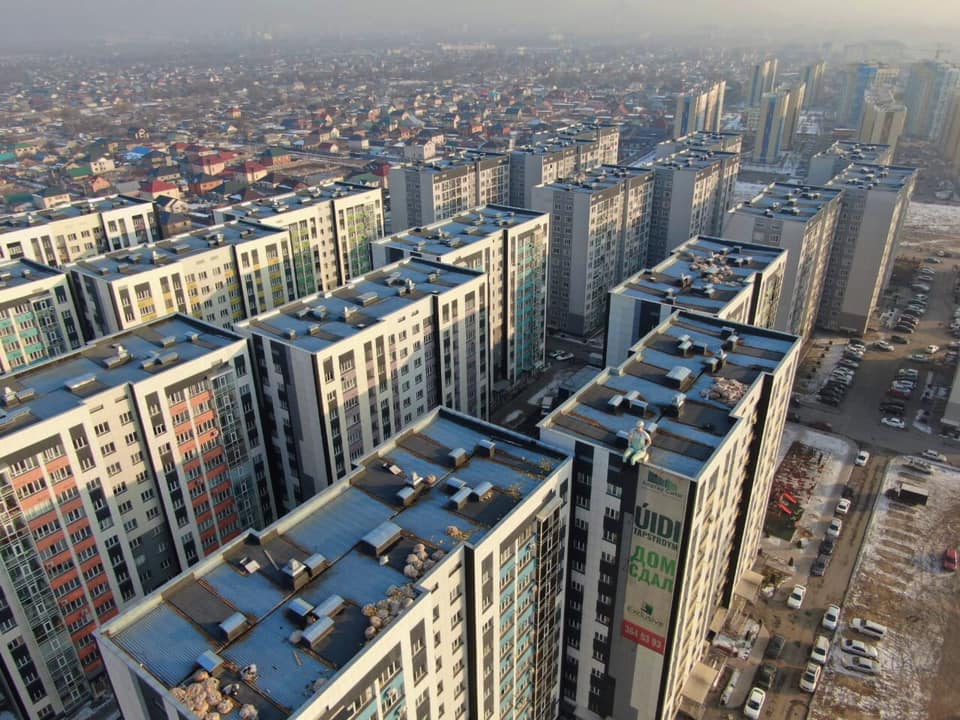 There may, however, be a slight improvement on the horizon.

Almaty mayor Bakytzhan Sagintayev said in an interview with a local TV station in May that the city has installed nine new seismic monitoring stations as part of a pilot warning system akin to that used in Japan.

“The plan is to deploy 28 more seismic stations to create an early warning system by 2023,” he said.

The system would alert people through an app and give them up to 40 seconds to scramble and adopt protective measures, Sagintayev said.

For all their shortcomings, Soviet authorities took seismic safety seriously and erected buildings in Almaty to a standard. Nothing above 12 floors was permitted. Well, almost nothing. The distinctive Hotel Kazakhstan, which reaches 25 stories, was completed in 1978 and built around a reinforced concrete monolith with what was then considered innovative technology.

Construction companies today do not consider blocks of up to 25 stories anything too special. The upper slopes of downtown Almaty are graced by the 38-story Esentai Tower, which houses offices, private apartments and a Ritz-Carlton hotel.

“In Soviet times, strict seismic resistance requirements were met,” said Krasilnikov, the activist. “And now nobody monitors developers. So they don’t bother with basic safety rules. They save on what they can to earn more.”

People in the industry, however, deem such assessments to be alarmist.

The Kazakh Research and Design Institute for Construction and Architecture, or KazNIISA in its Russian-language initials, maintains that construction standards have been tightened, not loosened, since Soviet times. KazNIISA managing director Yeraly Shokbarov says the relevant legislation in Kazakhstan hews to international standards and has even been adopted as a model by neighboring Kyrgyzstan and Uzbekistan, as well as Ukraine.

“Since independence, we have tested the stability of many buildings in earthquake-prone areas by using a powerful vibration machine simulating an earthquake, and they passed the test,” Shokbarov told Eurasianet, evincing clear pride. “Among the former Soviet republics, this practice of checks remains only in Kazakhstan.”

This may apply to higher-end constructions, but Almaty has no shortage of shoddy builds. Nine-story blocks built in 2013-14 as part of a government housing program eventually had to be leveled after it was found that they were tilting.

“Because of the tilt, the doors do not fit in their frame. In rooms on the north side, the doors open on their own,” one resident, Elmira Alimzhanova, complained in 2019, before the demolitions were carried out.

That story may have involved a low-cost development, but Krasilnikov is no more confident in elite complexes.

“Everywhere you see construction done at random, and then we get crooked windows and walls. And I know of a case where workers at a construction company stole cement for their own needs,” he said. “If there is a strong tremor, will these kinds of building stay standing? I don’t want to risk it.”