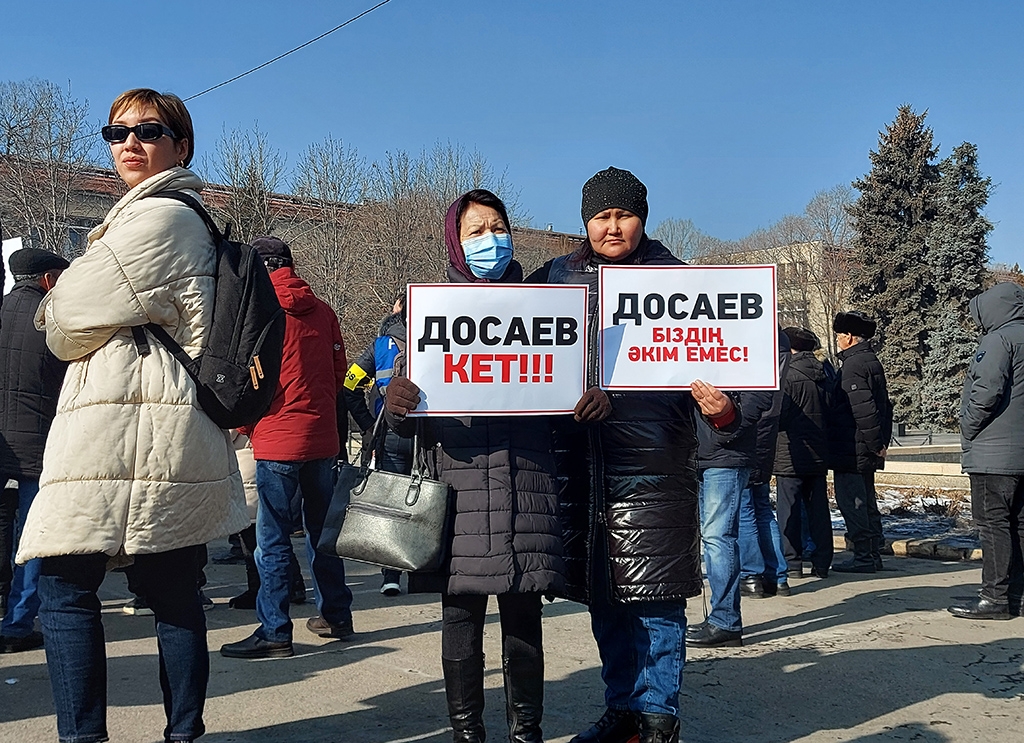 A demonstration in Almaty, which was the first street protest since fatal unrest a month ago, drew a small crowd of around 100 people on February 5 calling for their mayor to be elected rather than appointed.

In a clear attempt to demonstrate openness to peaceful protest, city hall authorized the demonstration, which followed the appointment of a new mayor for the city in the wake of the violent unrest which left 227 people dead in January.

President Kassym-Jomart Tokayev dismissed Bakhytzhan Sagintayev as mayor on January 31, amid criticism on social media over his lack of visibility during the violence.

As his replacement he appointed Yerbolat Dosayev, who had been heading the central bank and is best known in Kazakhstan for resigning as health minister after 150 children became infected with HIV in hospitals in 2006.

That reinvigorated calls for Tokayev to allow mayors and governors to be elected by universal suffrage rather than appointed, to make them accountable to the public – which was one of the protesters’ demands in January.

“We want to elect our mayors ourselves, because the officials who have been appointed over the last 30 years have all been tainted; they’ve got involved in all kinds of corrupt dealings, and the people will never accept them,” said Madina Kuketayeva, a 44-year-old lawyer attending the protest.

“If people elect mayors themselves, they will be responsible to them and not to those who appointed them.”

Last year direct elections of mayors of villages, small towns and rural areas were held for the first time under reforms instituted by Tokayev.

With no opposition parties allowed to run, the ruling Nur Otan party won a landslide, sweeping up 86 percent of posts. A handful of independent candidates were also elected.

Pro-democracy campaigners are now pushing Tokayev to allow elections for mayors and governors of cities and regions, after he promised political reforms in response to protesters’ demands in January.

But activists are promising to go ahead with another rally on February 13, this one in memory of the victims of January’s violence, for which Almaty city hall has refused permission.

First, activists are planning to demonstrate on Republic Square, the epicenter of January’s violence, which is not a site officially designated for protests.

Second, city hall said that “mass events” are banned under coronavirus restrictions – a prohibition which seemingly did not apply to the protest for which city hall granted permission on February 5.