Renewables still amount to just a whisker over 1 percent of all power produced in Kazakhstan. 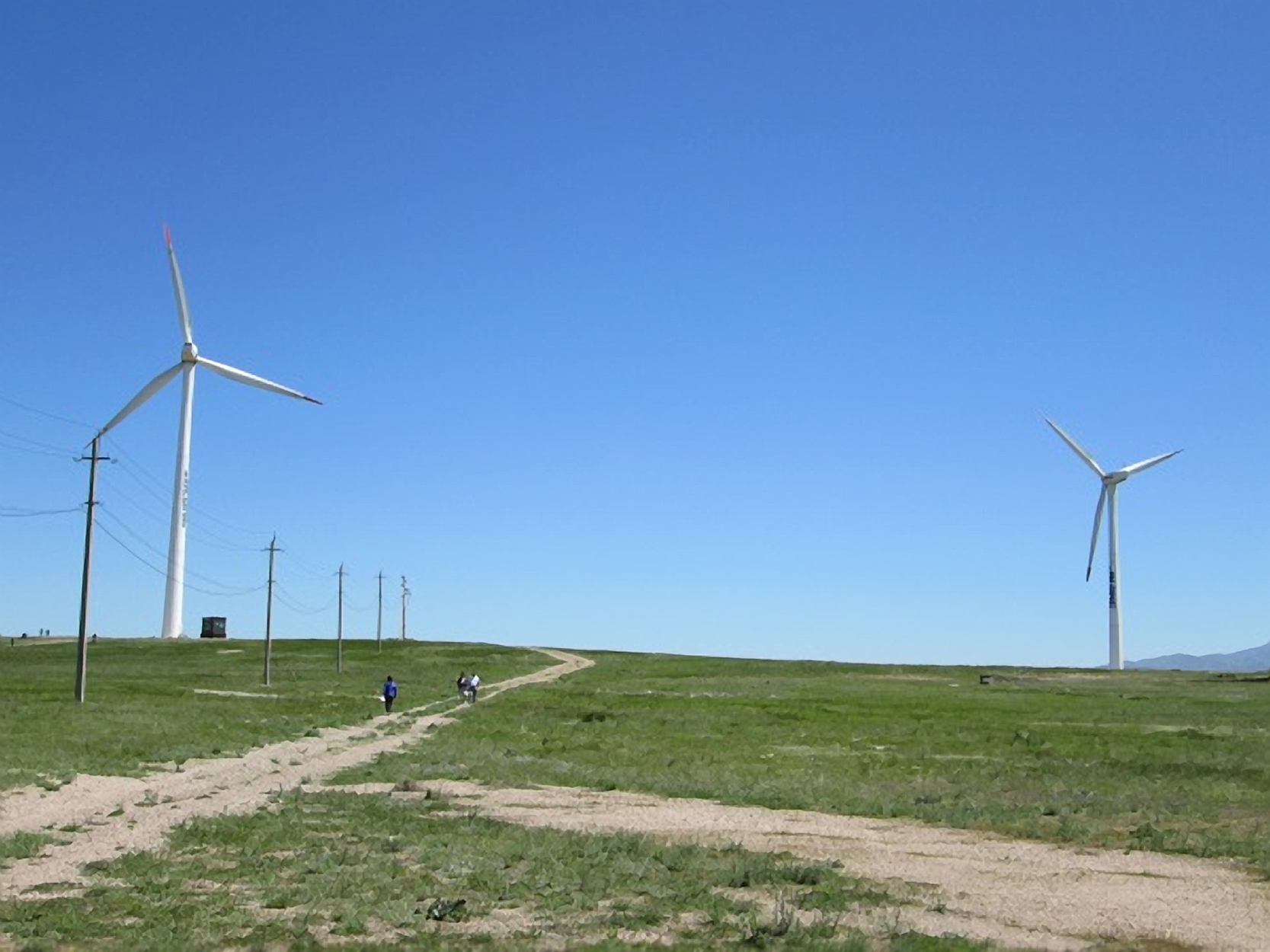 A friendly cartoon character appears onscreen and fantasizes about how “grand wizard spires” and a “glowing purple crystal” could one day spell the end to unsightly coal-fired power plants.

“Shame it’s all make-believe,” he says ruefully, before another character pops up to put him right. The magic devices the man is describing are “tall and fetching wind farms” and the sun, which provides “an almost limitless source of energy,” she says.

This brief, upbeat animation was part of a fanfare of green energy promotion that served as the defining theme of Kazakhstan’s EXPO-2017. Ever since that event wound down, renewables have nominally topped Astana’s agenda, although experts believe much of the talk is still stuck firmly in the realm of fantasy.

Later this week, the Kazakh capital is set to hold its second government-organized summit on renewable energy that should – on paper – give another shove to this still sluggish sector.

As even Bozumbayev concedes, though, renewable energy still amounts to just a whisker over 1 percent of all power produced in Kazakhstan. As things stand, some nine-tenths of Kazakhstan’s electricity is generated by burning fossil fuels. Wind, solar and biomass are still minnows.

A solar panel plant that opened in the western Mangystau region in early May is cast as a model development for how this energy mix will be overhauled. The location is ideal. Going east from the Caspian seaside city of Aktau, the land is plentiful and does not lend itself to farming. Mangystau’s governor was effusive at the opening.

“This will be one of the largest facilities built within the remit of the development of green energy in Kazakhstan,” Yeraly Tugzhanov said at a ceremony in the village of Batyr.

But both the size of the 1.2 billion tenge ($3.6 million) investment involved in building the Batyr plant – the cash was provided by a government business development fund – and its return are a little underwhelming. Spread over an area around two times the size of a football field, the plant will produce enough power to supply 300 homes.

Green energy is being energetically pushed by President Nursultan Nazarbayev, who is desperate to burnish his credentials as a global pioneer of something or other. At an event in Astana titled Global Challenges Summit, Nazarbayev included the shift toward clean energy as one of five “mega-trends” that he said are shaping the future of the planet.

“We see that practically all big players in the energy market, corporations and countries, have made huge investments in new energy. By 2030, the share of alternative sources in our energy balance will be taken to 30 percent,” he said.

That’s a startling figure. Even the European Union, which is considerably ahead in the game, is gunning for a 27 percent share of renewable energy consumption by that date. This objective is a revision of earlier goals set by Nazarbayev, who spoke in 2013 about wanting the share of alternative energy in Kazakhstan to reach 3 percent by 2020, 10 percent in 2030 and 50 percent in 2050.

In a 2017 report on Kazakhstan’s energy sector, the World Bank sounded a note of caution.

“The government’s efforts to ensure a much higher share of renewable energy in the generation mix is sound, although its alternative energy targets […] may be overly ambitious,” the bank said, referring to the 30 percent figure. “Unless global externalities are taken into account, the targets would result in a considerable economic cost. Therefore, the government should reassess its renewable energy targets.”

Nazarbayev has even industry specialists flummoxed.

“Everybody gets confused because some documents go with 10 percent and others with 30 percent. The share of renewables accounts for atomic power, which will most likely not happen. A realistic figure for Kazakhstan is 10 percent,” said Arman Kashkinbekov, general director of the Renewable Energy Association of Kazakhstan.

The main stumbling block toward reaching even the more modest target is the lackluster interest from private-sector investors, who are far more interested in Kazakhstan’s more obvious ventures, like fossil fuels and minerals. Accordingly, it is the government or other non-private sector actors that are underwriting the expenditures in one form or another.

As business weekly Expert documented in an article published late last month, development banks constitute the main source of credit for the non-raw materials and infrastructure sectors of the economy. So it was that the 50-megawatt Burnoye Solar-1 plant in the southern Zhambyl region, the first privately owned renewable energy producer to appear in Kazakhstan, was built in part with some 70 million euros ($82 million at the current rate) lent by the European Bank for Reconstruction and Development. The whole project reportedly cost 120 million euros to complete. Other projects being developed by Burnoye Solar-1, the name of the company developing the eponymous Zhambyl project, are likewise being part funded with EBRD loans.

As irony would have it, Kazakhstan’s susceptibility to fluctuations on the traditional global energy resource market crimped ambitions at Burnoye Solar-1. As the government battled to keep the economy afloat amid the slide of oil prices in recent years, the national currency, the tenge, collapsed, pushing up the cost of importing the required materials.

“Around 80 percent to 100 percent of equipment is bought abroad in dollars, so the cost of recovery has increased considerably,” Burnoye Solar-1 general director Nurlan Kapenov said at the time.

The dream is for more consolidated energy players to sink money into renewables. In February, Bozumbayev, the energy minister, spoke about Kazakhstan’s plan to implement 52 projects with 2 gigawatts worth of capacity by the end of 2020. (The capacity when Bozumbayev spoke stood at 336 megawatts.) The value of those investments would come in at almost 1 trillion tenge ($3 billion), he estimated.

Companies like Italy’s Eni and U.S. conglomerate General Electric have been named as potential investors. Locally, funding would come from the state-run Development Bank of Kazakhstan and the Samruk-Kazyna sovereign fund.

The incentives for such investments are weak, however. The advantage of coal is obvious. Regardless of the weather, there is always coal power, and it is far cheaper to generate than high-tech alternatives.

What renewables do have on their side is time. As Kashkinbekov, of the Renewable Energy Association of Kazakhstan, noted in remarks to Eurasianet, the clock is ticking for traditional fossil fuel-burning plants.

“The expiry date for Soviet-built power generators in Kazakhstan is coming up. We need to draw more investment, modernize capabilities and build new infrastructure,” he said.