Kazakhstan and Uzbekistan experiment with vaccines amid lack of public confidence

Central Asia’s largest nations are using unique coronavirus vaccines that haven’t been carefully studied. Do they have a choice? 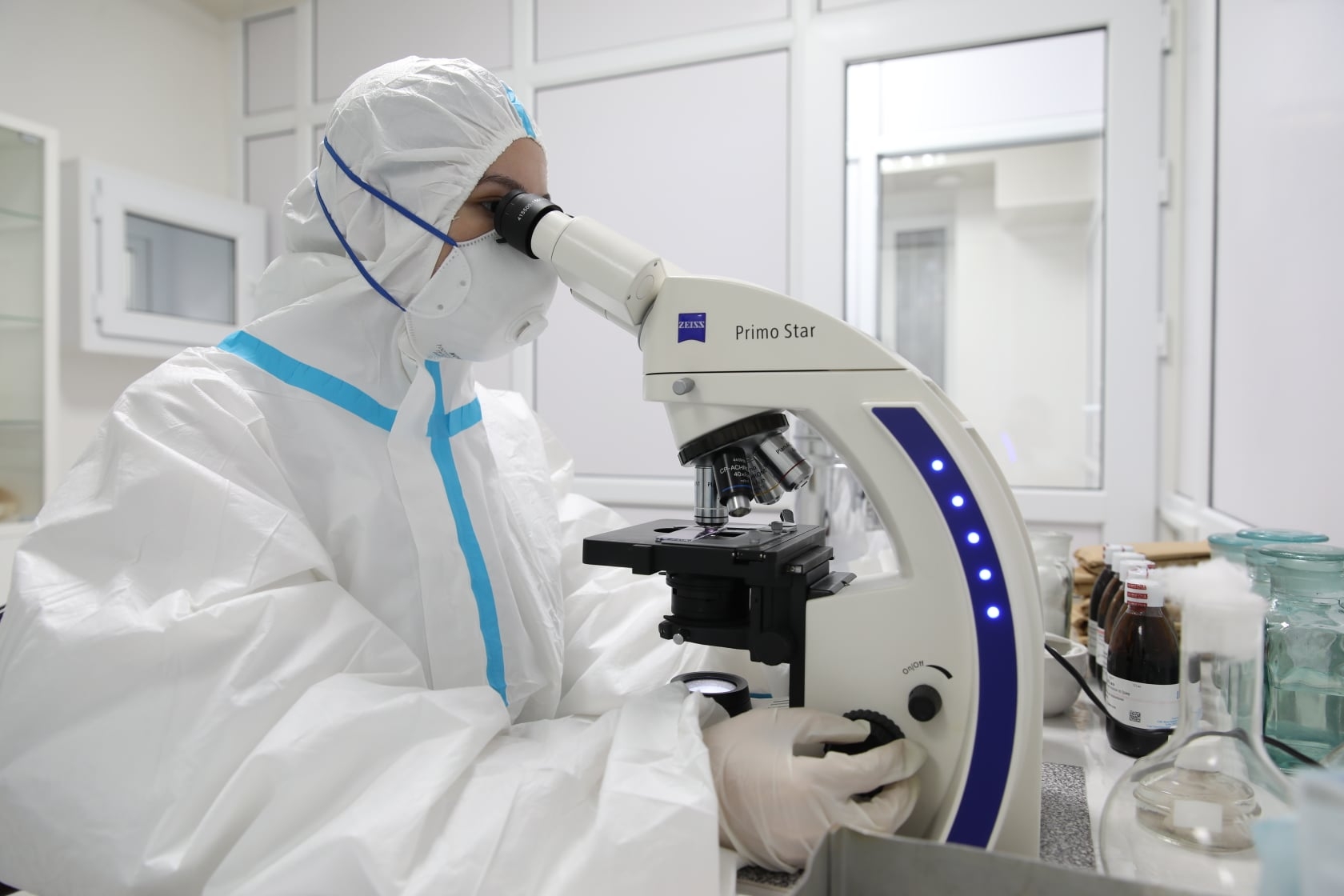 Nine months into the global vaccination effort, as rich Western countries debate the merits of booster shots, and the world's poorest struggle to secure enough doses to slow the pandemic, two Central Asian nations are trying to fill the vaccination gap at home, even if it means taking shortcuts: Both Kazakhstan and Uzbekistan are distributing vaccines with limited clinical trial data.

The trouble is convincing vaccine-wary populations to get the shot, as both countries’ officials cherry-pick statistics to boast of their great achievements.

To be clear, there is no evidence that either vaccine – one made in Kazakhstan, the other in China – is dangerous.

And some Western experts are sympathetic to the governments’ plight.

“I wish things were different, but sometimes you have to cut corners,” said Sanjay Mishra, a virologist who manages a COVID research project at Vanderbilt University Medical Center in Tennessee. “This is not how clinical trials are supposed to work. But we have left a vacuum. The U.S. and the West and India have failed in what they could have done. If they had seen the race to develop a vaccine as a global effort, they could have made vaccines available to other countries.”

Back in February, Uzbekistan’s Ministry of Innovative Development announced that a Chinese vaccine available nowhere else was being renamed to honor Uzbekistan’s help in testing it. Anhui Zhifei Longcom Biopharmaceutical added the “UZ” in ZF-UZ-VAC 2001 to thank Uzbekistan for conducting phase 1 and phase 2 clinical trials. (China needed to run trials abroad because so few Chinese were getting sick last year.)

Shortly after phase 3 trials began with 7,000 volunteers, Uzbek regulators deemed the drug safe and granted emergency use authorization a few weeks later, becoming the first country to do so (so far only China has joined it). The deputy minister of innovation told local journalists that she and her family had received the jab and were feeling great; not only was it “absolutely safe,” but “97 percent” effective at producing antibodies. (Sounds impressive, but that is not how a vaccine’s effectiveness is measured).

The “Sino-Uzbek” shot, as it’s known locally, employs a familiar technology: injecting one of the proteins coating the coronavirus to train the body to recognize the virus and fight infection. It requires three doses spread across 60 days. The Innovation Ministry says it plans to begin production domestically this month.

So far, the drug has been administered to millions of Uzbeks. By early August, Uzbekistan had imported 10.5 million doses. Almost the entire military has had multiple doses. Yet there is still no phase 3 data to judge its safety or effectiveness.

“While this seems unusual, the best we can do is have confidence the authorities are doing their due diligence,” said Mishra at Vanderbilt, calling the top doctor developing the Zhifei shot, Chinese CDC director Gao Fu, a “spectacular virologist.”

When scientists around the world sprang into action to develop vaccines for COVID-19, Kazakhstan’s government-run Research Institute for Biological Safety Problems took up the challenge, too, developing an inactivated vaccine (a dead virus injected to create an immune response) that is easy to transport. By January 27, the Health Ministry was promoting the domestic QazVac (also called QazCovid-in) as “96 percent effective” after two doses. That was three months before the phase 1 study was completed.

By April 1, President Kassym-Jomart Tokayev was fuming over the pace of the vaccine rollout and threatened to sack the health minister and other senior officials if they didn’t speed things up by the end of the month.

On April 26 mass distribution of QazVac began. The health minister was one of the first to get the shot.

“Its complete safety has been proven,” the prime minister’s website announced, adding that QazVac "has been included in the World Health Organization’s [vaccine] tracker.”

Kazakh officials like to name-check the WHO. The president called up the head of the organization, Dr. Tedros Adhanom Ghebreyesus, in late May to tell him about QazVac, state media reported. He also touted its “96 percent effectiveness.” But the WHO tracker merely follows vaccines in development (currently 110); it is not a seal of approval.

Kazakh medics are uneasy. Medsupportkz, a group of doctors who answer questions about COVID-19 on social media, said in early June that it could not endorse the vaccine until the developers release clinical trial data. They also expressed doubt about the 96 percent claim.

That’s when Minister of Education and Science Askhat Aimagambetov, who oversees the lab that developed the vaccine, stepped in. He publicly defended QazVac on June 11, reportedly saying that two international medical journals, which he declined to name, were reviewing studies on phases 1 and 2 of the clinical trials. Last week Eurasianet called the minister’s office and could not get an answer about which medical journals he meant.

"The problem with QazVac is that there is no information about this vaccine. The government shares no details on how it was developed as well as the results of clinical trials,” Botagoz Kaukenova, one of the doctors behind Medsupportkz, told Eurasianet. “People have doubts about this drug, and there are many reasons for that.”

Most of the 10.8 million doses of vaccine administered in Kazakhstan have been Sputnik V, which Kazakhstan makes under license. The role QazVac has played is not entirely clear, though about a month ago authorities said they had used a mere 120,000 doses; another 25,000 have been shipped to Kyrgyzstan.

Vaccine hesitancy was already a problem in Central Asia before the pandemic, fanned by social media gossip in a region with little free media, a weak education system, and systematic distrust of authorities. In Kazakhstan this summer, dozens of people have been caught paying for fake vaccine passports, when they could get a shot for free. A poll this month in Uzbekistan found over 36 percent of respondents saying they refuse to be vaccinated; the survey did not report data on individual vaccines, but another survey in March found only 8 percent of Uzbeks said they would accept the Sino-Uzbek shot.

If government data is correct, however, both countries are far ahead of their neighbors in distributing shots; both have introduced some of the most far-reaching vaccine mandates in the region.

To an expert like Mishra, with the Delta variant overwhelming hospitals around the globe, it is better to get vaccines into arms than to wait.

“To be fair, none of the vaccine trials that have been done in the West … [have] been done according to traditional procedure,” he said. If vaccines “can slow down the virus in any setting, they are perfectly good.”