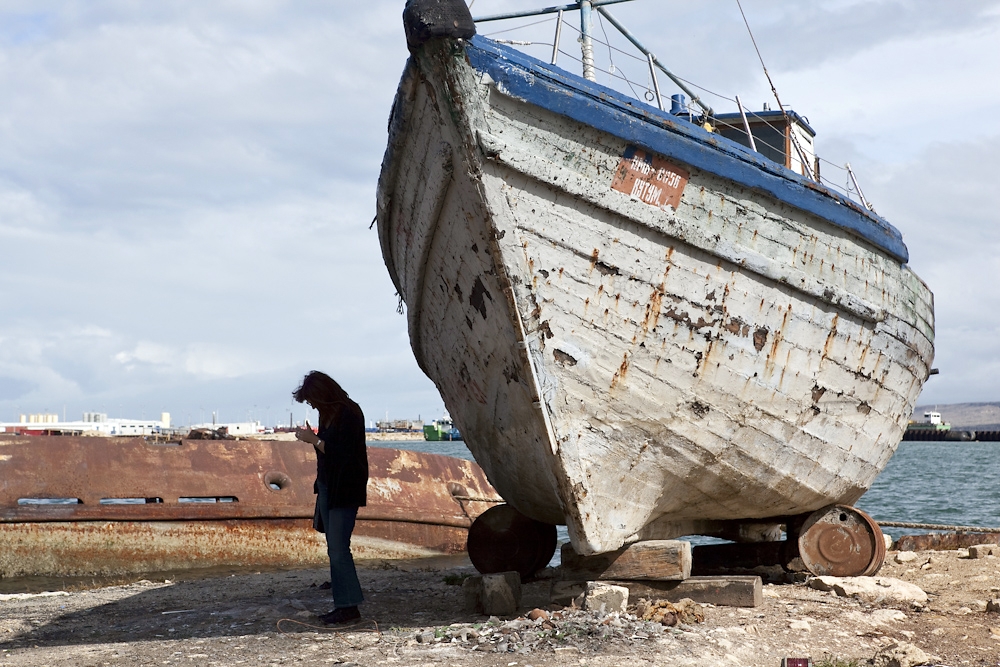 Kazakhstan hopes to drive external and internal migration into its Russian border regions, including the Caspian. (Photo: David Trilling)

Astana is rebooting a program to lure ethnic Kazakhs living abroad to move to Kazakhstan. Observers believe Astana’s revived interest in the program is motivated by a desire to limit Russia’s potential to meddle in Kazakhstani affairs.

Two years ago, the government suspended the “oralman” (returnee) program in the aftermath of fatal unrest in western Kazakhstan. The tumult was attributed in part to social discontent stemming from the mismanaged migration of Kazakhs from abroad.

The oralman program, in its original form, provided generous social and economic benefits to entice Kazakhs abroad to migrate to their titular homeland. Now, under new terms announced in April, perks to attract ethnic Kazakhs abroad are back on the table in the form of paid travel and subsidized housing: but to be eligible for the benefits, migrants are required to settle in government-selected areas.

Of the seven target regions, six are in northern Kazakhstan, situated along its long border with Russia, and which have sizeable ethnic Russian populations: Akmola; East Kazakhstan; Kostanay; North Kazakhstan: Pavlodar; and West Kazakhstan. The seventh target area is the oil-and-gas hub of Atyrau on the Caspian Sea.

Astana says the migration measures (which also include a fast-track one-year citizenship process) have nothing to do with the country’s demographics and everything to do with economics: Kazakhstan’s northern agricultural and industrial heartlands face looming labor shortages owing to their shrinking, ageing populations.

The government contends that unless it acts to stimulate migration, the northern population will shrink by nearly a million by 2050. Astana is also offering incentives for internal migration northward to citizens, irrespective of ethnicity.

Economic imperatives notwithstanding, Astana clearly has a worried eye on Kazakhstan’s demographic balance in view of recent developments in Ukraine, where the Kremlin’s annexation of Crimea and the emergence of armed separatist movements in the Donbass have alarmed the administration of President Nursultan Nazarbayev.

Kazakhstan is one of Russia’s closest allies and a fellow member in the fledgling Eurasian Economic Union, the cornerstone of Vladimir Putin’s dream of drawing former Soviet states back into Moscow’s orbit. Even so, many Kazakhstani officials are aware of worrying parallels with Ukraine that could create a headache for Astana were relations ever to sour.

Like Ukraine, Kazakhstan has a long border with Russia (7,000 kilometers) – and a large ethnic Russian minority (21 percent of the overall Kazakhstani population of 17.2 million, most of whom live in the very same northern regions targeted under the new oralman migration program).

“I think this [renewal of the oralman program] is linked to Ukraine,” Dos Kushim, leader of the Kazakh nationalist movement Fate of the Nation, told EurasiaNet.org: It is “a practical step” to address Astana’s “apprehensions” amid the Russo-Ukrainian crisis.

The oralman program was launched two decades ago to address a demographic legacy inherited from the Soviet Union. At the time of the Soviet collapse in 1991, ethnic Kazakhs found themselves a minority group in their titular country, due to a variety of factors. For one, large numbers of Kazakhs fled abroad during Stalin’s collectivization drive, many of them settling in western China, Mongolia, Iran, and Turkey. In addition, Communist authorities encouraged the large-scale in-migration of Slavs and others who possessed the skills needed to drive various industrialization and agricultural schemes.

Some 944,000 oralmans have migrated back to Kazakhstan over the last two decades, but there are still an estimated 3.5-4.5 million Kazakhs living abroad.

The program has had its share of problems. Oralmans face adaptation challenges – particularly those coming from outside the former Soviet Union, who experience not only a culture shock, but also a language barrier. Two decades after independence, Russian remains Kazakhstan’s lingua franca and the language of public discourse: those who cannot speak Russian thus must grapple with everyday communication problems, and contend with disadvantages in the job market.

“Language is the biggest problem,” Bekzat Dalilbek, who moved at age 18 from China to Kazakhstan a decade ago with her family, told EurasiaNet.org.

She said she spoke no Russian on arrival, which presented such an obstacle that she paid for courses to learn it. Fluent in English and Mandarin as well as Kazakh and Russian, Dalilbek now works as a translator – yet she still wonders sometimes: “Why should I speak Russian in my own homeland?”

Discrimination is another challenge. Internet chatrooms are full of oralmans lamenting popular perceptions of them as uneducated and welfare-dependent. “Why don’t people like oralmans in Kazakhstan?” asked one user recently, complaining in hurt tones of being “treated as second-class people.”

Resentment of the welfare package oralmans receive, vastly inflated in the popular imagination, is widespread. People ask: “Why does the government give people from China and Mongolia so much money? Why don’t they give it to people from Kazakhstan to make their lives better?” explained Dalilbek.

The benefits oralmans bring tend to be less emphasized, including their contribution to restoring “the [Kazakh] culture we forgot when Russification occurred,” suggests Kushim.

The oralman scheme has also served the priorities of boosting the ethnic Kazakh population, which has risen from 40 percent at independence to 66 percent today, and in promoting the broader use of the Kazakh language; Astana aims to get 95 percent of citizens fluent by 2020, against around two-thirds currently.

Oralmans have to date mainly settled in the more Kazakh-speaking south and west, but shifting the flow northward will foster Kazakhification in Russian-dominated regions.

As promoting a sense of nationhood shoots up Astana’s agenda amid the troubles in Ukraine, this unspoken national security goal is perhaps at least as important as the economic imperatives.