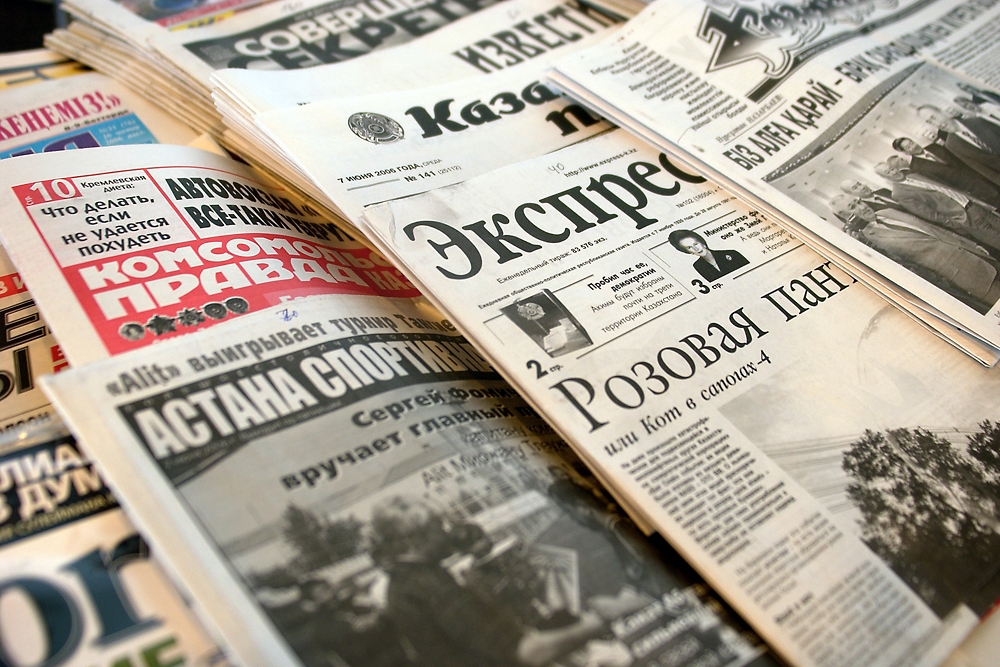 One third of residents in Kazakhstan do not speak Kazakh. (Photo: Dean C.K. Cox)

Kazakhstan’s president, Nursultan Nazarbayev, has staked his political reputation largely on his ability to foster domestic stability amid regional turbulence. That sense of tranquility is coming under growing pressure in Kazakhstan, with the latest challenge generated by an impassioned debate over language policy.

This past summer saw Kazakhstani authorities grapple with labor unrest and extremist activity in western regions. The language debate threatens to unsettle northern Kazakhstan, an area that is home to large concentrations of Russian speakers.

The language row erupted on August 29, when 138 public figures including politicians, writers and intellectuals published an open letter to President Nazarbayev and other top officials, calling on the government to be more aggressive about promoting the Kazakh language.

Most controversially, the letter called for the removal of a clause in the constitution stating that “the Russian language is officially used equally with Kazakh in state bodies.” The bid to abolish the Russian-language provision caused an outcry, with vocal accusations of language discrimination and dire warnings of a brain drain to Russia.

Some signatories to the letter distanced themselves from the call to change the constitution, while others insisted that an effort to promote Kazakh does not imply infringing on the rights of other languages.

“We have never spoken out against other languages,” Mukhtar Shakhanov, head of the Memlekettik Til (State Language) organization and one of the signatories, told the Vremya tabloid on September 6. “The people should also know Kazakh. … Surely we can stand up for that?”

Shakhanov offset his conciliatory stance with the barbed comment that some in Kazakhstan “do not understand that the Kazakh people are also a people, and this people has a language.”

His remarks revealed deep-seated resentments over the position of Kazakh among some sections of society in Kazakhstan, where Russian continues to dominate in the public discourse two decades after the country gained independence.

Some Kazakh speakers bridle at what they see as insufficient state efforts to redress the situation, and as unwillingness among some citizens to learn Kazakh.

The letter should be viewed in the context of this simmering rancor, suggests Amirzhan Kosanov, deputy leader of the opposition OSDP Azat party. “This, I would say, is a cry from the heart, an attempt to attract the authorities’ attention, by radical means, to the true position of the Kazakh language in society,” he told the Guljan news website on September 9. Kosanov suggested that the crux of the problem is that Kazakh’s de facto position in Kazakhstan does not match its legal status as the state language.

Signatories from his party were among those to distance themselves from the controversial letter. The names of OSDP Azat co-leaders Zharmakhan Tuyakbay and Bolat Abilov appeared on the document, but the party said it had never agreed to a draft of the letter containing the inflammatory call to change the constitution. Some other signatories offered similar explanations.

The only reaction from the president’s office to date has come from Yermukhamet Yertysbayev, Nazarbayev’s high-profile adviser, who described the letter as “anti-constitutional,” “illegal,” and liable to provoke a “split.”

He also accused politicians of “politicking” ahead of parliamentary elections scheduled for next summer. This suggests that, as Kazakh-language lobbyists grow more vocal, Astana is anxious to avoid any nationalist-related discourse as the vote approaches.

Astana is conscious that language is a potent electoral issue in a situation where Russian remains for Kazakhstan a lingua franca of necessity. According to data from the 2009 census, only 64 percent of Kazakhstan’s 16.5-million population speak Kazakh, against 94 percent who understand Russian. This ratio is largely a legacy of the Soviet strategy of promoting Russian at the expense of other languages of formerly Soviet peoples.

The census also revealed that only 14 percent of people are trying to learn Kazakh. By implication that suggests nearly a quarter of the population is making no effort to study the state language. Kazakh is an obligatory subject in all schools, but – with children still leaving school unable to communicate in Kazakh a generation after independence – the quality of language instruction is open to question.

“School leavers have a very weak level of Kazakh, and it is not improving with every year, unfortunately,” Layla Yermenbayeva, a Kazakh-language lecturer at Almaty’s Kazakhstan Institute of Management, Economics and Strategic Research (KIMEP), told EurasiaNet.org.

Astana has spent large sums on promoting Kazakh-language learning, financing hi-tech study materials and opening free learning centers around the country. This year it adopted a strategy containing ambitious targets to raise the number of adults speaking Kazakh to 80 percent by 2017 and 95 percent by 2020.

Nazarbayev presents the Kazakh language as a unifying factor for society – although any discussion of language issues tends to provoke divisive debates.

The latest trouble over language came on the heels of another dispute that erupted earlier in the summer, when a draft of planned amendments to language legislation was leaked to the press, sparking concerns that the use of Russian in official bodies would be banned starting in 2013. The leak caused rancorous Internet exchanges, forcing Gaziz Telebayev, a deputy culture minister in charge of drafting the legislation, to step in to ease concerns.

Denying the existence of plans to limit the use of Russian, he pointed out that the debate itself was revealing. “It is upsetting that public opinion evaluates the transition to the state language negatively,” Telebayev told the Megapolis newspaper. “What does the polemic that erupted on the Internet show? That unfortunately there are quite a few of our fellow citizens who believe that they don’t need the Kazakh language.”