Two Uzbek students say they have come under systemic harassment. 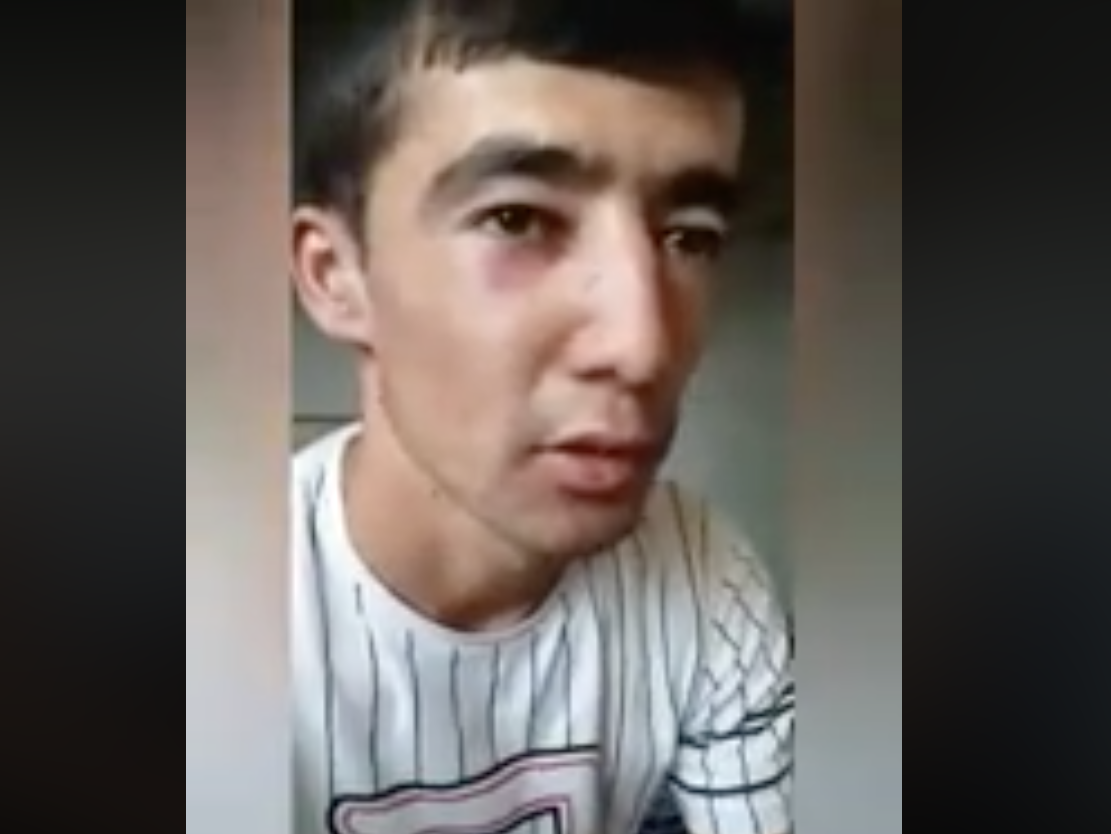 A direct-to-camera video testimony by two college students from Uzbekistan complaining about bullying at the hands of their peers in Shymkent, a city in southern Kazakhstan, has escalated into a diplomatic incident.

Stories about sustained harassment, apparently motivated by interethnic rivalries, have once more exposed the challenges of preserving harmony in a diverse and near-border city. Authorities from both nations have scrambled to assure the public that all is well.

Uzbekistan’s ambassador to Kazakhstan, Saidikram Niyazhodjayev, was sufficiently alarmed by the students' accounts to travel to Shymkent to meet with the chancellor at the Regional Social and Innovation University and with representatives of the city government on September 21.

According to a representative for the university, two incidents occurred, on September 19 and 20 respectively. On the first day, an argument in the classroom escalated into a street brawl that was only ended when teachers pulled apart the students. Another scuffle took place in the university’s assembly hall the following day.

RFE/RL's Kazakh service, Radio Azattyq, reported that the police intervened during the September 20 scuffle and detained 24 people. All were later released. An Uzbek student was hospitalized with head injuries.

The Uzbek students who filmed the confessional video said these were not the first such incidents. Bullying has been happening incessantly since the start of the year, they said.

“Yesterday, when we were in our dorm, a guy walked in, grabbed a glass, smashed it and brandished it at me,” said one of the students, introducing himself as Sardor Norboyev.

“I did not respond. And now you see the result,” Norboyev pointing out the bruise under his right eye. “What are we supposed to do?”

Norboyev is one of 286 Uzbek nationals studying at Regional Social and Innovation University.

Although bullying is commonplace in Kazakh schools and universities, the ethnic angle of this episode is adding an additional charged element to the mix.

There is a persistent strain of disdain toward Uzbeks among some Kazakhs. The word “sart,” which has historically been used as a crude coverall label for Uzbeks and Tajiks, is often used as a slur. At times, the rivalry is more trivial. When Uzbekistan competes in sports events against countries like Russia, Ukraine or Armenia, all fellow ex-Soviet republics, it is considered par for the course to cheer against the Uzbeks. Kazakh sportsmen defeated by Uzbek peers come in for particularly lively roasting.

These attitudes have been hardened, however, by economic factors. Due to hardship in their own country, millions of Uzbeks have emigrated to find work in Russia and Kazakhstan. Since these laborers often lack work authorization, they are prepared to take low-paid jobs and toil in poor conditions, thereby depressing the labor market for local people and fostering resentment.

These sentiments tend to be most marked in the Turkestan region, where Shymkent is located. The Uzbek border is a short drive away, making the city an obvious magnet for incomers. There is also a considerable local Uzbek minority in Turkestan that accounts for around 17 percent of the overall population. Dozens of large villages are exclusively Uzbek.

It is this background that has prompted the unusually high-level intervention in the university bullying case. The instinct has been to downplay things. Abror Fatkhullayev, Uzbekistan’s Consul-General in Kazakhstan, described the incidents as just run-of-the-mill brawls.

A local Kazakh TV station aired a news segment showing Muzaffar Tojibayev, the other student who appeared in the video, expressing regret for speaking out in the way that he did.

“We made peace with our Kazakh friends,” Tojibayev was reported as saying by the newsreader. “We came here to study and we are provided with everything, including housing, food and hot water. I am not going to quit the program because of this misunderstanding.”