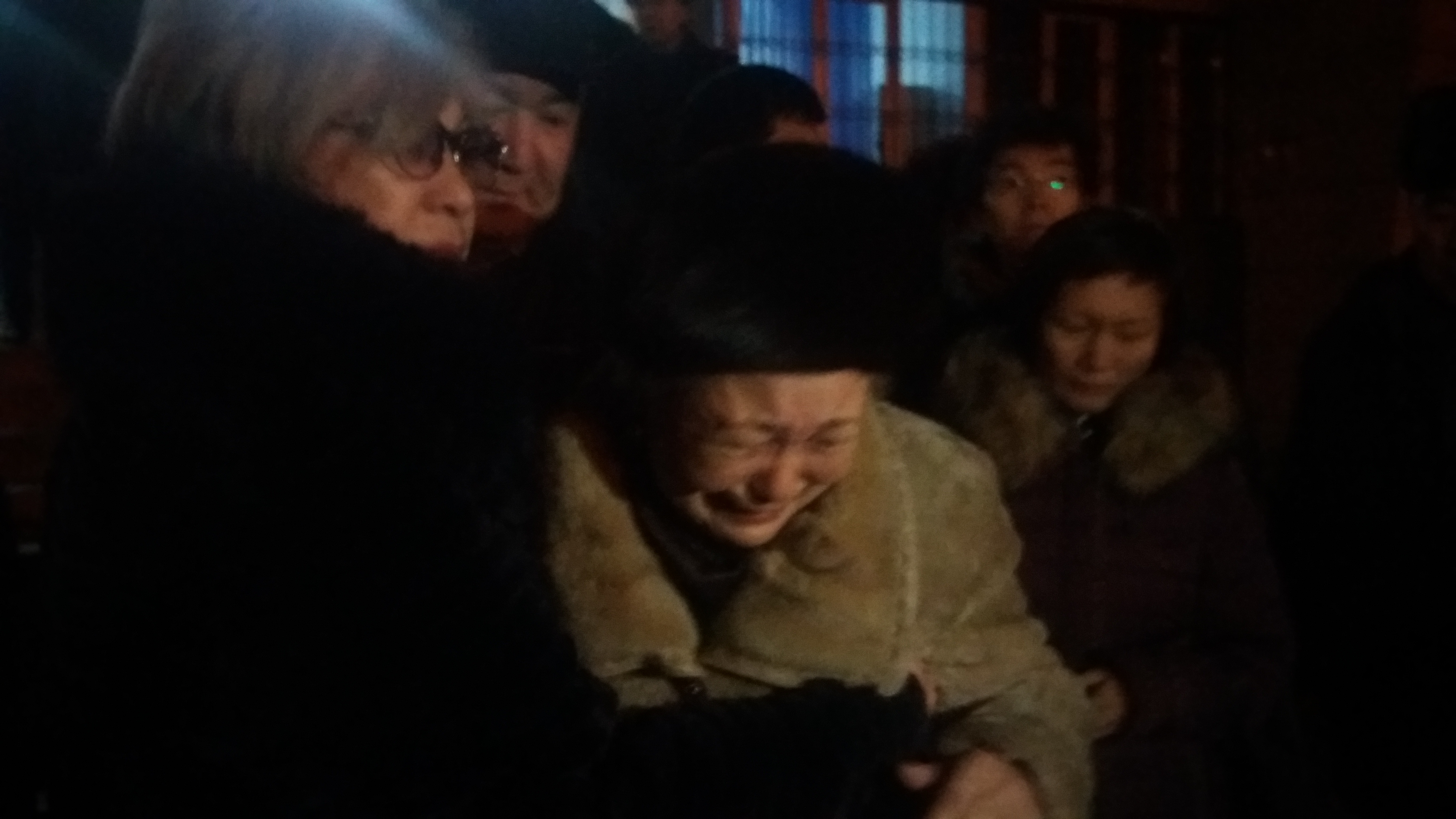 Two political activists have been jailed in Kazakhstan on charges of inciting racial hatred at the close of a trial that their supporters believe was politically motivated.

The trial in Almaty ended two days after President Nursultan Nazarbayev called a snap parliamentary election for March 20, a move he said was aimed at consolidating the nation as the country battles an economic crisis.

Yermek Narymbayev – who has been in ill health throughout the trial – received a three-year prison term and Serikzhan Mambetalin was jailed for two years at the end of a six-week trial, to cries of “shame!” from supporters as Mambetalin’s elderly mother was led away from the courtroom in tears.

During the summing up of legal arguments on January 22, Mambetalin denounced the proceedings as “a political order” and Narymbayev dismissed them as “illegal.”

The two were tried on the charge of incitement to ethnic, religious, tribal or social strife, which civil society campaigners recently urged the authorities to abolish, claiming it is used to muzzle critics. The government denies that any politically motivated trials take place in Kazakhstan.

The charges against Narymbayev and Mambetalin stem from their Facebook postings about an unpublished book written some two decades ago by another anti-government activist, Murat Telibekov, who is under investigation on the same charge.

In their postings, the two “incited ethnic strife and insulted the honor and dignity of the Kazakh nation,” a prosecutor claimed – arguments the defendants, known for their mildly nationalist stances promoting ethnic Kazakh interests, dismissed as nonsense.

“Our opposition parties have been closed down, our independent media outlets have been shut, and protests and demonstrations have been banned,” Mambetalin said in a spirited defense. “The only thing we can do is write on Facebook.”

With strict restrictions on public protest and most opposition parties shuttered, dissent is largely limited to online forums.

The two defendants have been vocal virtual critics of Nazarbayev, but wielded little on-the-ground influence to rally any kind of protest movement that could threaten his rule.

Narymbayev – who suffers from a heart condition and high blood pressure – spent most of the final day of the trial lying prone in the courtroom. Medics called out in an ambulance to attend him declared him fit to stand trial.

The activists were jailed two days after Nazarbayev announced that Kazakhstan is to vote for a new parliament in spring as he seeks a fresh mandate to tackle an economic crisis caused in large part by low oil prices.

Despite the tight lid on dissent in Kazakhstan, there are signs of rumbling discontent.

On January 20 a couple of dozen debtors held a protest outside a bank in the commercial capital of Almaty, as Kazakhstan’s collapsing currency caused the value of their dollar-denominated debts to rocket.

Dressed in gray cloaks, the demonstrators descended on the bank chanting: “We are not a gray mass!” Seven were later arrested and fined on hooliganism charges.

A handful of supporters held a small protest outside the trial of Narymbayev and Mambetalin – which has been condemned by international human rights watchdogs – on the final day, demanding their release and the abolition of the incitement charge on which they were convicted.