Advocacy groups say this pressure shows the authorities are not serious about political reform. 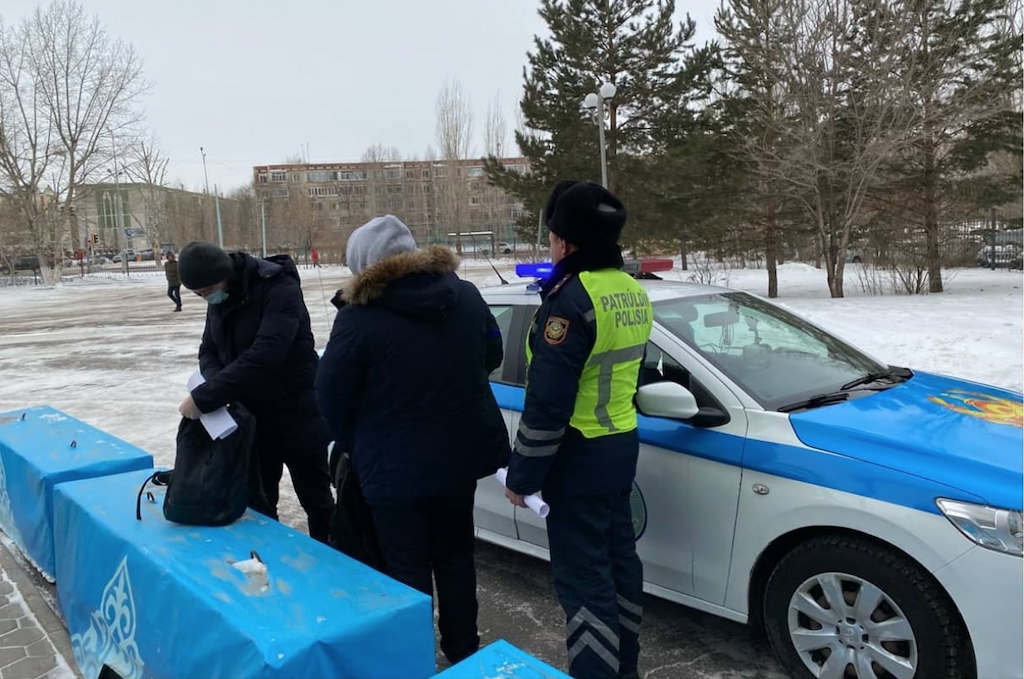 When President Kassym-Jomart Tokayev talked of transforming Kazakhstan into a “Listening State” after coming to power in 2019, his promise sparked hopes the country’s beleaguered civil society would finally be able to make its voice heard.

Instead, nearly two years into his rule, independent groups are complaining of a wave of coordinated political pressure under the guise of claims of financial reporting irregularities, which is leading to suspensions and crippling fines.

On January 15, tax authorities suspended the work of Echo, an independent non-governmental organization, for three months and slapped it with a $1,400 fine over irregularities in its reporting of foreign funding dating back to 2018. The group denies accusations of wrongdoing.

The suspension of Echo, whose stated mission is to get the public involved in decision-making at “all levels of government,” came days after Kazakhstan held a parliamentary election which featured no opposition parties and reinstalled a rubberstamp parliament.

The timing is no coincidence, believes Pavel Lobachev, Echo’s president. His group was preparing to publish its findings on the election – a process now delayed by its suspension.

“We believe this is political pressure, because they are hampering our work in the election period,” he told Eurasianet.

Faced with stringent new restrictions on election monitoring, Echo did not field an official observation mission, but it did train a group of independent observers to detect violations.

Another NGO that did send observers, Erkindik Kanaty (Wing of Freedom), was also fined this week over alleged financial reporting irregularities. Other NGOs face imminent hearings.

In November, tax authorities suddenly started investigating 13 NGOs on suspicion that they had violated reporting requirements on foreign funding. In some instances – including in the case of Echo – the alleged transgressions related to reporting dating back two years.

Local advocacy groups, including the Kazakhstan International Bureau for Human Rights and Rule of Law, the International Legal Initiative, the Legal Media Center and Medianet, described the claims as a politically motivated effort to “paralyze their activity.” The U.S. Embassy tweeted that it was “alarmed at reports that Kazakhstani authorities have threatened to shut down human rights and civil society NGOs with tax complaints in advance of parliamentary elections.”

The NGOs are accused of incorrectly filling in forms which were part of onerous reporting requirements for NGOs on foreign funding adopted in 2015 in the teeth of opposition from civil society. Lobachev says Echo’s staff followed instructions from a tax officer when filling in the forms in 2018, but are now accused of violations.

Echo has vowed to go to court to challenge the suspension and fine, which it says were handed down with numerous irregularities, not least that the tax authorities did not give the NGO the chance to defend itself.

“What’s shocking about this latest attack on freedom of association in Kazakhstan is how many groups are being targeted at once and the blatantly unlawful manner in which the authorities’ are acting,” said Mihra Rittmann of Human Rights Watch in a statement on January 20. “The ongoing crackdown on local human rights groups casts serious doubt that Kazakhstan’s leadership is genuinely interested in reforms or improving its rights record.”