A regime finds itself between ‘oligopoly’ and a hard place. 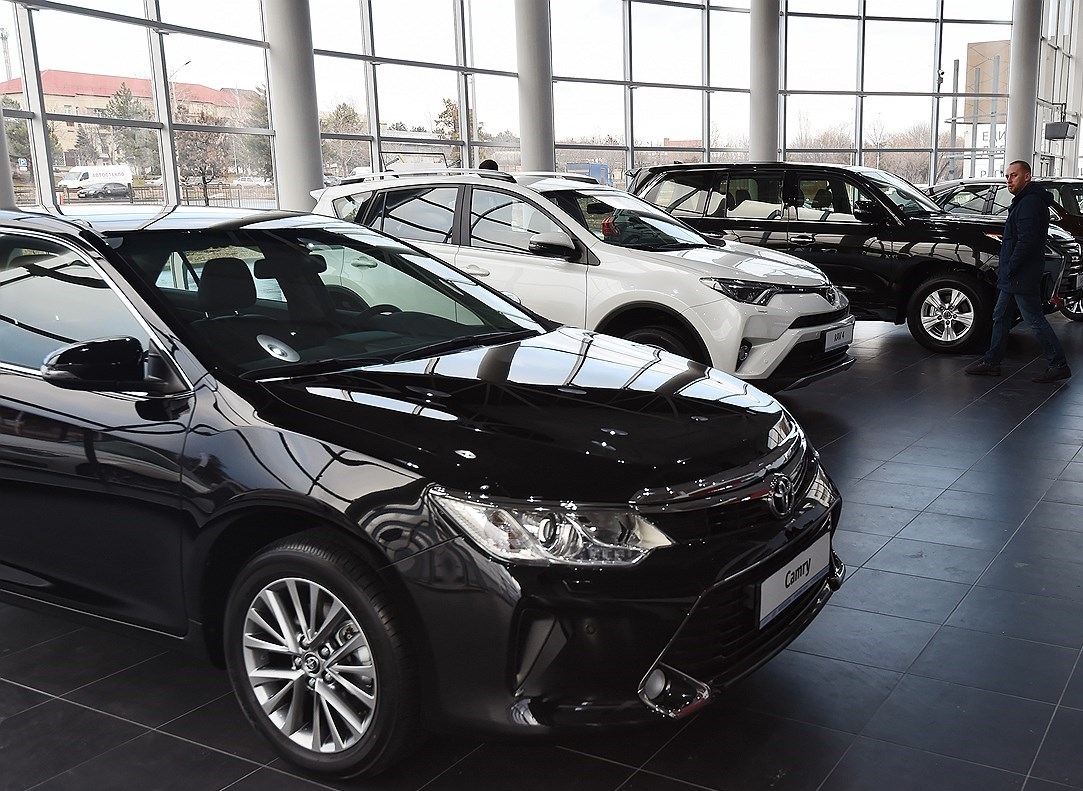 When President Kassym-Jomart Tokayev last month ordered the dissolution of an opaque private recycling monopoly widely associated with his predecessor’s youngest daughter, he did so to cheers from motorists, who held it responsible for a surge in car prices.

The order to nationalize the functions of Operator ROP, a government-appointed monopolist whose recycling schemes were tied by company documents to 41-year-old Aliya Nazarbayeva, the daughter of former leader President Nursultan Nazarbayev, was an easy win.

It was also his first indication that firms close to the former first family would no longer enjoy protection.

Operator ROP’s license to collect utilization fees up front on imported cars – Kazakhstan’s spin on extended producer responsibility – caused some cars to more than double in price over the five years that the company held its mandate.

Other than Nazarbayeva, the main beneficiary of the scheme was Kazakhstan’s local automakers, since those companies were not targeted by the fees.

These outfits, backed by powerful local oligarchs as well as investments from Russia and China’s auto industry, emerged as price-setters, while importers, who once accounted for more than half of the market, were squeezed out.

Kazakhstan’s deputy prime minister Roman Sklyar said in a February 23 interview with state broadcaster Khabar that the government was planning a reduction of 50 percent on the fees imposed on imported cars and agricultural vehicles in the near future. He noted that the fees could be revised upwards or downwards depending on the circumstances.

The government has also scrapped fees for imported cables, another item covered by ROP’s monopoly.

“The decision [to lower fees] has been taken. Now I am absolutely convinced that all this talk about our auto and agricultural vehicle industries being fake need to stop,” Sklyar said, addressing claims that Kazakhstan’s automakers are primarily engaged in late-stage assembly rather than automaking as such.

Such accusations were “an attempt to manipulate public opinion,” Sklyar said.

The activists that formed Kazakhstan’s Netutilsboru (No to recycling fees) movement are fond of citing the fact that the recycling fee for new cars in the Netherlands is just 30 euros ($33.70).

In Kazakhstan, the fees on imports begin at around $3,000 per car for vehicles with engines of 1-2 liters, the most widespread type in the country.

This is higher than in neighbors like Russia and Uzbekistan, whose more advanced auto industries are no strangers to protection.

Timur Zharkenov, a Netutilsboru campaigner who was recently elected to the presidium of the Ata Meken private sector lobby group, called the announcement of lower fees “half a victory,” but he warned that the struggle against the payments would continue.

Netutilsboru emerged in 2020 and was spearheaded by entrepreneurs.

Since then its Facebook group has grown to around 40,000 members. The movement is a broad and disparate front, uniting motorists (who want cheaper cars), farmers (who warned the fees on agricultural vehicles would push up food prices), and ecologists (who said consumers’ inability to purchase expensive new vehicles was keeping older polluting cars on the road).

Last year, the government repeatedly refused the movement’s requests to hold rallies. The group also suspected that authorities ordered a DDoS attack on an appeals website that hosted a petition against the fees.

Since the dust has settled on the unrest that left over 200 dead in Kazakhstan at the beginning of the year, the Ecology Ministry has reached out to Netutilsboru and held productive discussions, Zharkenov said.

But the same cannot be said of the Industry Ministry, which has accused the activists of lying about the auto industry and distorting the recycling fee issue.

“In our view this ministry has become a lobby, not for state interests but for the interests of a handful of big businessmen,” Zharkenov said.

In trying to shore up his standing, Tokayev has styled himself as an opponent of “oligopoly” – a system he has implied was created under Nazarbayev at the expense of ordinary citizens. He reverted to the theme at a government-business forum on January 21, where major businessmen and top officials were present.

“I hope everybody present here is familiar with the classical definition of oligopoly,” he said with a wry smile.

One businessman attending the pow-wow with Tokayev was Andrei Lavrentyev, chairman of Allur Group, and a key beneficiary of protective measures for the auto industry.

In 2019, a daughter company of the Chinese state-owned China Machinery Import and Export Corporation (CMC) purchased a controlling stake in Allur, putting it in charge of SaryarkaAvtoProm, one of the most important auto-assembly projects in the country, and Agromash Holding, its equivalent in the market for agricultural vehicles. Lavrentyev retains a minority stake.

Another major force in the auto industry is Astana Motors, part of the Astana Group controlled by magnate Nurlan Smagulov.

Earlier this month, SaryarkaAvtoProm and Agromash Holding held an open day for journalists and bloggers.

A presenter on Khabar said that the event featuring demonstrations of welding and component manufacturing “once more exploded the myth [that all these companies do] is screwdriver assembly.”

On January 18, ROP’s fee-collecting functions were handed over to Zhasyl Damu, a state corporation that works under the auspices of the Ecology Ministry.

A week later, the anti-corruption agency announced it had detained Operator ROP’s managing director Medet Kumargaliyev on corruption charges. The head of ROP’s legal department, Ruslan Shamshiyev, was reported as having taken his own life, with police announcing an investigation into incitement to suicide.

The perceived murkiness in the handover from private to state monopolist is doing little to convince observers that Tokayev’s reform pledges are for real.

Journalist Vadim Boreiko, who has covered the recycling fee issue relentlessly on his popular HyperBorey YouTube channel, complained that ROP’s dissolution had gone ahead “without a full audit, without clarification on ROP’s earnings, how much was left on its accounts and where hundreds of billions of tenge disappeared to. The efforts to cover the trails were clear.”

Aliya Nazarbayeva, meanwhile, has not been called to account over her role in the monopoly.