Restrictions on movement do not appear intended to stem the spread of COVID-19. 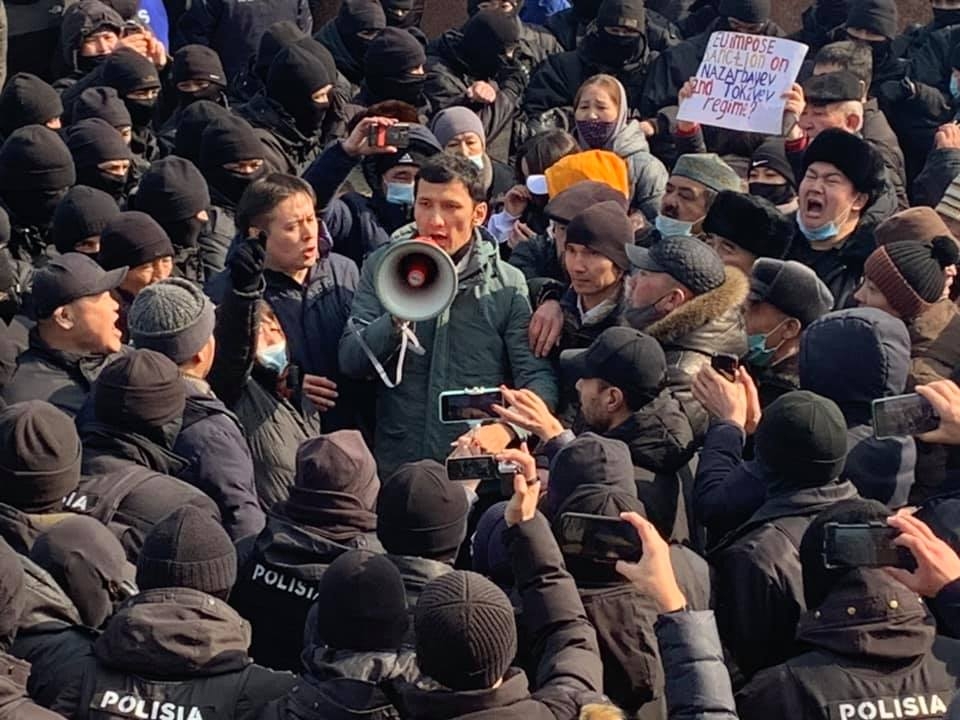 Not to prevent the spread of COVID-19, though. To stop people from holding peaceful demonstrations.

On February 28, just hours before anti-government rallies were due to take place in the capital, Nur-Sultan, city authorities announced that the epidemiological situation had worsened.

They said that required the city be redesignated a red zone, instead of a yellow zone. That implies strict limits on how much the public is permitted to be out and about.

Within a day, Nur-Sultan city had a rethink and reverted to the yellow zone designation.

This transparent manipulation of the coronavirus pandemic has become standard procedure for a government spooked by even the tiniest organic manifestation of public discontent.

Back in June, law enforcement agencies cited the lockdown regime when warning people against taking part in similar anti-government demonstrations. Attendees of some gatherings were duly penalized with terms of restricted freedom.

This fitted a broader pattern, as Amnesty International commented at the time, alluding to the conviction of Alnur Ilyashev, who was found guilty of “endangering public order” after he criticized the government’s response to the COVID-19 pandemic and was sentenced to three years of non-custodial “restricted freedom.”

“The Kazakhstani authorities have shamelessly exploited the state of emergency that was called to deal with the COVID-19 pandemic to clamp down on voices of dissent,” Amnesty said in their statement.

COVID-19 restrictions are not the only new technique being adopted by the authorities.

Kazakh police are becoming adept practitioners of a method of crowd control known as kettling, which they again deployed this weekend, reprising its use from unauthorized rallies in January.

This weekend, opposition activist Zhanbolat Mamay and supporters of his party demonstrating in Almaty were encircled by ranks of police and prevented from leaving the area for up to 10 hours, despite the subzero temperatures.

In Nur-Sultan, a dozen or so people who had gathered to commemorate the first anniversary of the death in prison of political activist Dulat Agadil were encircled and blocked in similar manner. That group was allowed to go free after three hours.

The government ombudswoman, Elvira Azimova, said when contacted by Radio Azattyq, RFE/RL's Kazakh service, that kettling was a “measure taken to provide security that should be approved as a standard based on open dialogue with public activists.” It was unclear what this was supposed to mean.