The measure may help herders suffering a massive die-off, but will disrupt supply chains that local farmers have been building for years. 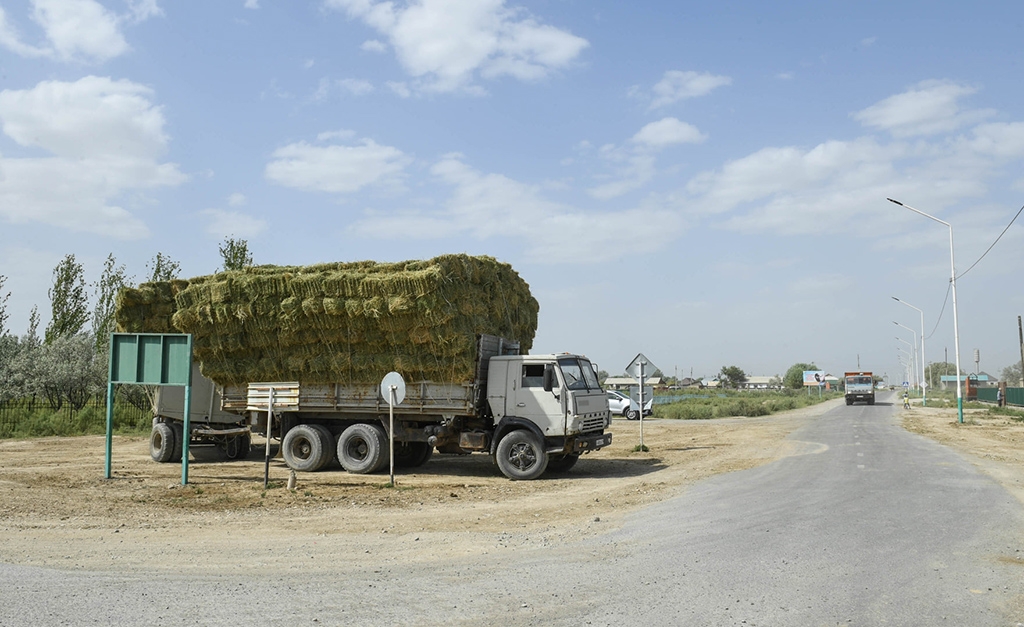 Kazakhstan has imposed a six-month ban on the export of livestock fodder as the country continues to be gripped by a drought precipitated by unusually extended periods of hot weather.

The policy will grant relief to some parts of the agricultural sector, but generate frustration among crop growers.

Under the July 26 order from the Agriculture Ministry, hay, oats, rye and silage will be among the commodities subject to the ban.

For livestock farmers, this may be a case of too little, too late. Communities in the Mangystau region of western Kazakhstan sounded the alarm back in May, when the results of a dry winter and spring started to make themselves felt.

Photos of emaciated horses wandering the tinder-dry pastures have shocked social media users. Prices for feed have skyrocketed. Villagers in some regions have reportedly, because of a lack of funds, been forced to try feed their animals with anything to hand, even cardboard. A massive die-off started in June.

Zhanibek Kozyk, a civic activist based in the Mangystau region, told RFE/RL’s Kazakh service, Radio Azattyk, that local old-timers are in shock and that they say they have never seen a drought on this scale before.

It was not till this month that the crisis reached the president’s agenda. Kassym-Jomart Tokayev told a government meeting on July 10 that at least 3,000 heads of cattle had died in the Mangystau region alone – an outcome that he laid at the feet of the agriculture minister, who subsequently resigned.

Acting Agriculture Minister Erbol Karashukeyev has since visited Mangystau and told local farmers that the government plans to spend 1.9 billion tenge (about $4.5 million) on bringing down the cost of feed by at least 17 percent. He also pledged to halt exports, which has now happened.

It is now feed producers that are grumbling. Kirill Pavlov, director of a lobby group that helps farmers export agricultural produce, has come out against the ban.

“Such measures are a stick in the spokes of the agricultural sector, which is already in a bad shape,” Pavlov told Eurasianet. “Another ban will hit farmers palpably. Many will go bankrupt; others will leave the industry.”

Pavlov said that export bans will disrupt trade chains that local farmers have been building for years.

Kazakhstan has been down this road before. The government last March announced it was slapping limits on the amount of wheat it would allow to be exported. The measure was adopted then to ensure that there were sufficient grain stocks to tide the country over during a period of coronavirus-related emergency.