Bunin has also been banned from entering Uzbekistan. 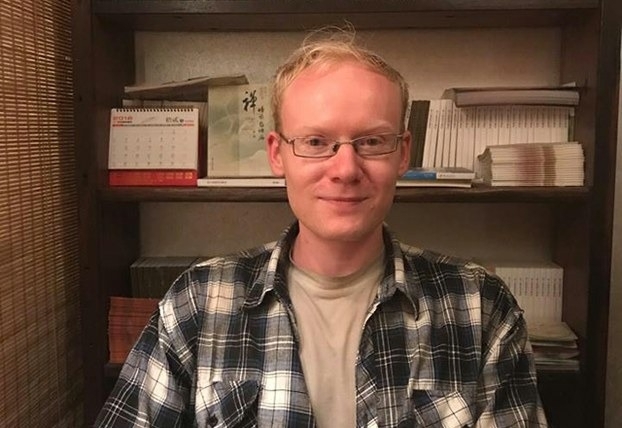 A leading researcher on the repression of Muslims in China’s Xinjiang region has been barred from entering Kazakhstan in a fresh sign that Nur-Sultan is buckling under pressure from Beijing to prevent activism on the issue.

Gene Bunin, who has dual U.S.-Russian citizenship, attempted to travel to Kazakhstan from Kyrgyzstan on September 4 but was informed by border officials that he had been banned from the country for five years.

Bunin wrote on his Facebook page that the passport official that informed him of the decision was unable to provide an explanation: “When I asked why [I had been banned], he said I should ask the [Foreign Ministry], while asking me if I had violated any laws in Kazakhstan. I said I hadn’t. ‘People don’t just get banned from entering for no reason,’ he said.”

Kazakhstan is not the first country in Central Asia to ban Bunin. The 36-year-old has been denied entry to Uzbekistan on two occasions – once in November 2019, when he was traveling on his Russian passport, and then subsequently when he had secured a visa with his U.S. passport.

Bunin is convinced the travel ban have been precipitated by his work on the Xinjiang Victims Database, a project that he initiated to document the mass internment of people from Muslim communities that has been happening in that Chinese region over the past several years.

Kazakhstan’s government has shown increasing nervousness over the attention paid by activists to the plight of ethnic Kazakhs in China, a key trading partner.

Treatment of local activists has been particularly harsh.

Serikzhan Bilash, who founded a group agitating for the government to take action to help ethnic Kazakhs in China, was, after repeated warnings from the authorities, detained in March 2019 on charges of inciting ethnic hatred. In the face of escalating legal pressure, Bilash fled the country in 2020 and has now settled in the United States.

Before initiating its crackdown, Nur-Sultan sought to negotiate a tightrope on the Xinjiang issue. On one hand, it was eager not to vex China, but it was likewise unwilling to risk riling the increasingly vocal community of ethnic Kazakhs that have been settling in Kazakhstan over the last couple of decades under a government-sponsored program.

President Kassym-Jomart Tokayev came off the fence most strongly, however, in a December 2019 interview with Deutsche Welle in which he dismissed claims about China placing hundreds of thousands of Muslims in prison camps. He described the accusations as propaganda fueled by the U.S.-China trade war.

“Kazakhstan should not become the stage for a so-called global anti-Chinese front,” Tokayev said, adding that under international agreements, Kazakhstan and China were prohibited from interfering in one another’s internal affairs.

Some recent developments provide circumstantial evidence about the risks of irking Beijing.

In October, four ethnic Kazakhs who had been convicted of illegally crossing the border from China were granted temporary refugee status. China shortly thereafter began tightening rules on the passage of goods across the border in what was described as a measure designed to contain the spread of COVID-19. In total, around 12,000 railroad cars have been blocked from crossing from Kazakhstan into China since November, causing considerable headaches to local exporters.

If it was a signal, it has been received.