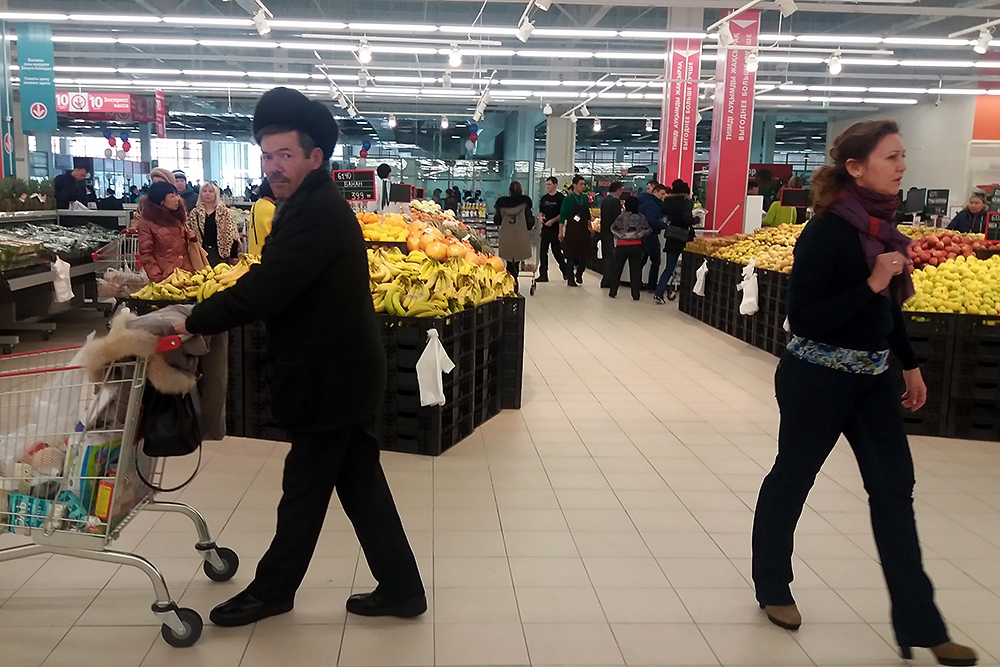 Big Western brands are on the march into Kazakhstan, entering the market despite an economic crisis that is squeezing incomes and leading people to tighten their belts.

From coffee chain Starbucks to fast-food giant McDonald’s, some of the world’s most recognizable retailers are opening their doors in Central Asia’s richest country, seemingly confident they can sail through the economic doldrums, and turn a profit.

This bullish stance in a bear market may not be misplaced. When Starbucks opened two cafes in December in Almaty, Kazakhstan’s largest and wealthiest city, the line of coffee connoisseurs at one location stretched out the door. (That may have been the excitement of novelty, though. On a recent February weekday morning, one cafe had only a sole customer nursing a cappuccino).

McDonald’s selected the capital, Astana, to launch in Central Asia, on March 8 – over a quarter of a century after first opening in the former Soviet Union, in Moscow in 1990.

McDonald’s, like Starbucks, declined to comment to EurasiaNet.org on its plans to snap up a slice of Kazakhstan’s market.

However, last month the fast-food chain announced that it would open 15 more outlets in Kazakhstan, including one in Almaty later this year. It is operating under a franchise run by prominent and well-connected gas tycoon Kayrat Boranbayev, whose daughter Alima is married to Aysultan Nazarbayev, the grandson of President Nursultan Nazarbayev.

McDonald’s is a latecomer to Kazakhstan, where it will be jostling for market share with more established popular rivals like Burger King, Hardee’s and KFC. But the prospects look promising: the rapid expansion of these chains reveals that Kazakhstanis have acquired a taste for fast food.

“We always come here, because it’s good and the price is right,” student Balnura Kuatova, 19, told EurasiaNet.org as she lunched with friends at a KFC in an Almaty shopping mall. “I come at least five times a month.”

Burger King, which is set to be McDonald’s main competitor, already has 26 restaurants in seven cities, Anuar Utemuratov, its president in Kazakhstan, told EurasiaNet.org in written responses to questions.

Since opening in Kazakhstan in 2012, it has served 10 million customers — the equivalent to nearly two thirds of Kazakhstan’s population of 17.6 million.

Another high-profile newcomer is France’s Carrefour, which launched with fanfare in Almaty in February, under UAE franchise operator Majid Al Futtaim Retail. It is one of the first major Western supermarket chains to step into Central Asia (Germany’s METRO Cash and Carry is present in Kazakhstan at the lower end of the market).

That was such a milestone that Nazarbayev dropped by personally after the opening, making wisecracks about dirty carrots and fattening croissants before symbolically purchasing some locally produced milk and cheese.

Nazarbayev’s visit to Carrefour — which has invested $14 million in Kazakhstan — was a sign of the importance that Astana attaches to wooing Western investors. Given the country’s current economic troubles, officials are especially eager to attract investors in non-energy sectors, and thus reduce the state’s dependence on oil and natural gas export revenue. To entice foreign investment, authorities are offering a package of generous perks.

The current climate is far from optimal for newcomers. The government has slashed its growth forecast to 0.5 percent, while some experts are forecasting that the economy will shrink this year for the first time in nearly two decades. Even so, Stephane Maurier, Carrefour’s general manager in Kazakhstan, is confident, contending that a cash crunch is the “best time” for a competitively priced supermarket to start operating.

“The purchasing power of the country is quite high in the cities,” he told EurasiaNet.org on opening day. He added that Carrefour is already eyeing expansion to Astana, the western oil hub of Aktobe, and Shymkent in the south — and beyond that, to other Central Asian states.

The hypermarket’s launch coincides with a marked downturn in the retail trade that has come on the heels of years of boom, which were best epitomized by the glitzy 2012 opening of the high-end Esentai Mall in Almaty. Chock-a-block with luxury brands like Louis Vuitton and Gucci and with New York’s Saks Fifth Avenue as its anchor store, the mall quickly became popular among image-conscious and well-heeled consumers that grew wealthy in the oil-fueled high times.

But while Esentai's earning figures show the pampered rich and their stomping grounds are seemingly insulated from the downturn, most people are feeling the pinch. Last year, after a decade of almost uninterrupted double-digit growth, the retail sector shrank by 3 percent in real terms, government statistics show.

“We have to economize because of the crisis,” Aygul Irkenova, 41, an online entrepreneur shopping at Carrefour on its opening day, told EurasiaNet.org. “You have to give up something, and find cheaper options.”

The fast-food market is also feeling some pain: Burger King felt a “slowdown in consumer demand” in the fourth quarter of last year, Utemuratov said. That tendency has continued into this year – but sales still kept rising and Utemuratov remains confident that growth will continue.

Investors in Kazakhstan’s retail and catering sectors often gripe about logistics problems affecting supplies and quality in the sprawling, landlocked country. Local sourcing is the best response, said Carrefour’s Maurier, meaning “we can control the quality, from the source to the store.”

Companies are facing an additional challenge connected to the rising tension in Russia’s relations with the European Union and United States. Moscow’s sanctions on Western food imports have disrupted supply chains to Kazakhstan. Russia sits astride the most direct land route from Europe for food supplies for Kazakhstan.

“We have some issues, but everything will be solved,” said Maurier. Meanwhile, Burger King has acknowledged being forced to “review logistics.”

But the economic crisis and logistical challenges do not seem too daunting for big international brands. Their expanding footprint can help attract more investment. As Astana-based investment consultant Ben Godwin put it to EurasiaNet.org, the presence of big international names reassures other potential investors that Kazakhstan “is a world-class market open to global brands.”