Conspiracy theories have fueled the low update for vaccination. 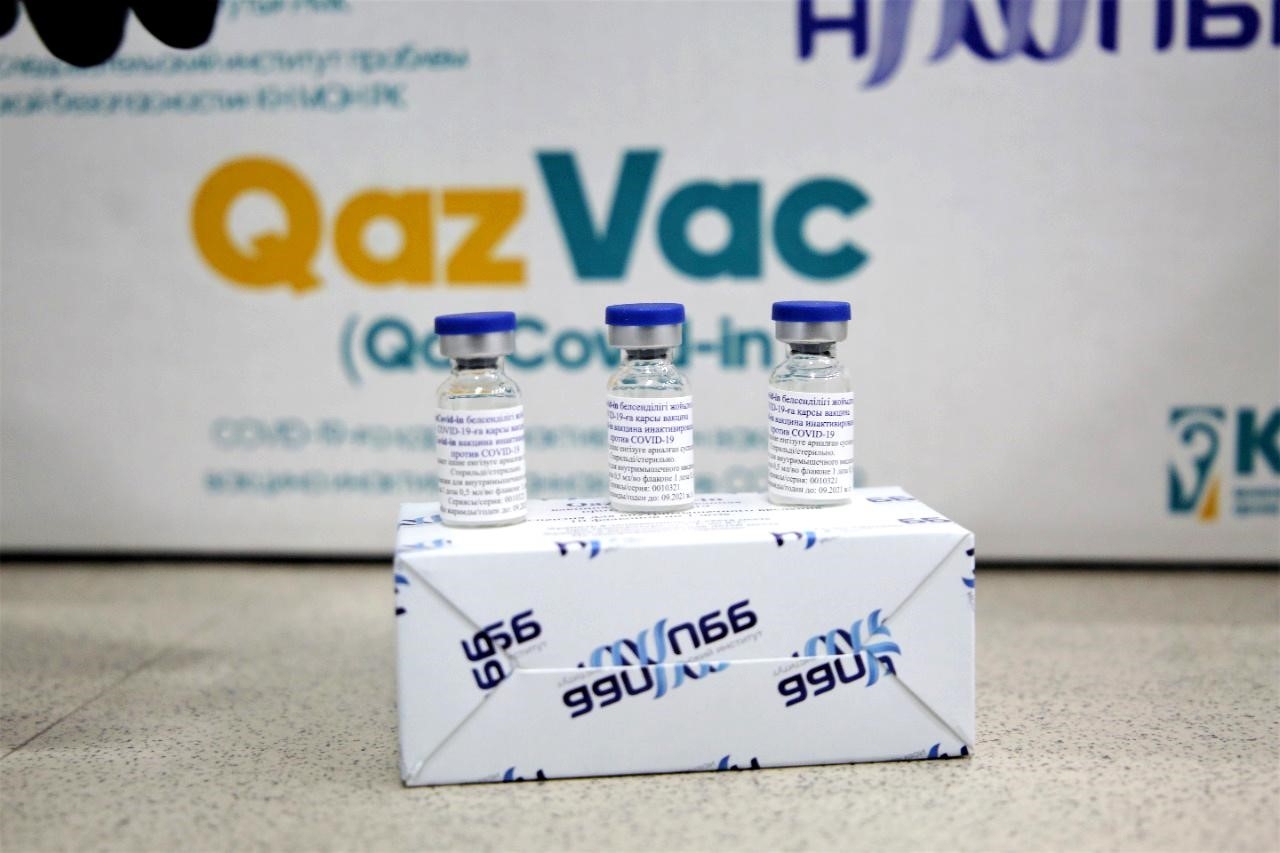 Development of the local QazVac vaccine has not precipitated a patriotic rush for jabs. (Photo: Kazakhstan government)

When the government in Kazakhstan this week made it compulsory for most people working with the public to show proof of a coronavirus jab, it hoped the measure might boost take-up of the vaccine.

And yet, even as the country battles a new wave of the virus driven by the Delta variant, corruption and vaccine skepticism supercharged by conspiracy theories are undermining the efforts of health officials. Russian and Chinese vaccines, as well as a domestically developed option, are all on offer, but distrust is fueling a thriving black-market trade in fake vaccination passports.

“I had to [get vaccinated] because of the requirement at work,” one woman told Tengri News, which published a July 2 report based on anonymous interviews.

The woman described making arrangements with a nurse to fake the process of vaccination from start to finish – even taking the trouble to go to the clinic (none of the other staff were aware of the deception) to make the story stand up.

“I went into the treatment room. They just jabbed me, but poured the contents into a bucket. Then I sat for the required time after the vaccination, and that was it,” she said.

The woman apparently saw no irony in jumping through such hoops to pay for something she could have got for free. All citizens and residents are entitled to free vaccines in Kazakhstan.

This woman professed not to subscribe to the anti-vaxxer theories that are rife in Kazakhstan, according to research conducted by myth-busting website Factcheck.kz and independent outlet Masa.Media, but said she was against what she termed “coercion.”

This week, Kazakhstan introduced new rules requiring most people working in contact with the public – anywhere from government offices and stores to leisure facilities – to show evidence of vaccination before being allowed into their place of work.

Only 17.9 percent of the population have to date received a first dose, and 10.7 percent have received two doses, according to data released on July 2.

As news website Vlast.kz recently reported, if things remain at the current pace, the government’s goal of vaccinating 10 million people, the level deemed commensurate with herd immunity, will not be met by this September, as planned, but in mid-2022.

Those with medical exemptions are not required to produce proof of vaccination to enter their workplaces, but Tengri News interviewed one woman whose relatives had “bought” vaccine passports because their workplace would not otherwise allow them in.

The vaccine passport is automatically generated by the e-government system after medics administering the jab input the person’s tax number. The person’s vaccination status also shows up on the government’s Ashyq app, which people are nowadays required to use to enter many public and leisure facilities. Enforcement of this latter system is patchy.

Health experts worry that the vaccine scams will not only have a disastrous effect on efforts to prevent the spread of the virus. They will also make it impossible to know how many people have been jabbed with the real thing.

As Tengri News pointed out, they will also fuel the anti-vaxxer movement, since “cases of vaccination or even death from the coronavirus of pseudo-vaccinated people will even further undermine public confidence in the vaccine.”