Authorities are expanding their bitcoin crackdown to include powerful figures close to the old regime. 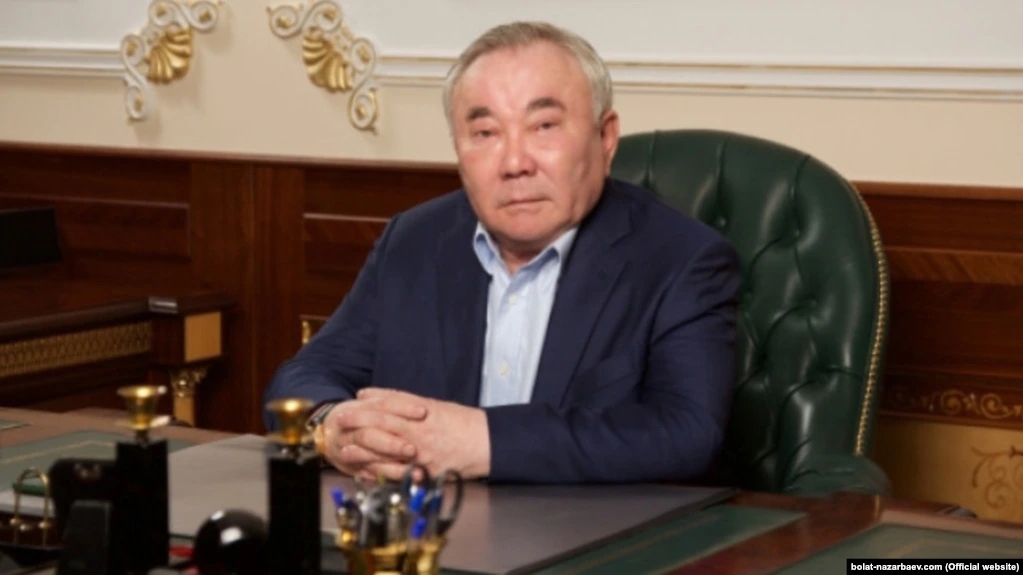 As pressure mounts on the family of Nursultan Nazarbayev, the former president, the authorities have accused his brother of involvement in business activities “presenting a threat to the country’s economic security.”

Bolat Nazarbayev had a hand in lucrative cryptocurrency mining operations in northern Kazakhstan that have now stopped, the Agency for Financial Monitoring reported on March 15.

The shutdown was “voluntary,” the agency said. It did not specifically accuse him of illegally mining bitcoins, but its statement was headlined as a report about “illegal mining activity.”

The public naming and shaming of Bolat Nazarbayev came two days after the arrest of a nephew of Bolat and Nursultan Nazarbayev, as President Kassym-Jomart Tokayev moves to weaken the family’s political and economic grip following fatal January unrest in which elite infighting played a role.

Law-enforcement officers detained Kairat Satybaldy on March 13 on suspicion of embezzlement and say they are investigating him over possible involvement in “crimes undermining the security of the state.”

This is the first time Bolat Nazarbayev has been publicly identified by investigators, who have already targeted the business interests of Aliya Nazarbayeva, the former president’s youngest daughter.

But Tokayev had previously ordered a crackdown on Altyn Orda, an Almaty wholesale market reputed to be associated with Bolat Nazarbayev, which the president described as a “shady environment for criminal elements.” Tokayev has also demanded an end to smuggling on the Chinese border, where Bolat Nazarbayev is reputed to have business interests.

Investigators also identified Kayrat Sharipbayev, who is believed to be the partner of Dariga Nazarbayeva, the former president’s eldest daughter, as another businessman involved in cryptocurrency mining. Sharipbayev lost his job as head of the state-owned Qazaq Gas company in January as the Nazarbayev family began to come under pressure.

Other powerful businessmen who have now “voluntarily” halted bitcoin mining include Aleksandr Klebanov, who owns a 50 percent stake in the Central Asian Power Energy Company, and Yerlan Nigmatullin, whose diverse portfolio of business interests covers the agriculture, retail, food and transport sectors. The latter is the twin brother of former parliament speaker Nurlan Nigmatullin. Pharmaceutical tycoon Kairat Itemgenov and Major-General Tlegen Matkenov, a former police chief in the southern Zhambyl Region, have also agreed to stop mining, the Agency for Financial Monitoring said.

Bitcoin mining presents “a threat to the country’s economic security” because of its rampant use of energy that increased the “risks of supply disruptions and electric power shortages for ordinary consumers and entrepreneurs,” the agency reported.

The government has previously blamed bitcoin miners for placing an excessive load on energy infrastructure and caused an increasing number of rolling power blackouts in Kazakhstan.

According to the Energy Ministry, power consumption in January-October 2021 grew by 8 percent compared to the same period a year earlier. In earlier years, consumption grew annually by less than 2 percent.

The authorities began cracking down on illegal bitcoin mining at the beginning of this year, closing down 13 illegal operations.

Now, 55 mining outfits have agreed to voluntarily close in the latest crackdown. Investigators have opened 25 criminal cases and confiscated 67,000 pieces of equipment worth an estimated 100 billion tenge ($194 million), the agency said.

Much of the equipment was brought in from China, South Korea, Singapore, Turkey and Georgia. In one case in Almaty, officers confiscated 1,000 pieces of kit worth 2.8 billion tenge ($5.4 million) that had been smuggled in from China.

Cryptocurrency mining boomed in Kazakhstan after a ban on the business in China last summer brought bitcoin miners flocking in, turning the country into the world’s second-largest producer.

But as Rest of World, a website based in the U.S. covering tech developments, reported this week, with the government now cracking down on illegal mining and hiking taxes on legal miners, the business now appears to be going from boom to bust in Kazakhstan.