The protests have spread to several of the prestigious schools around the country. 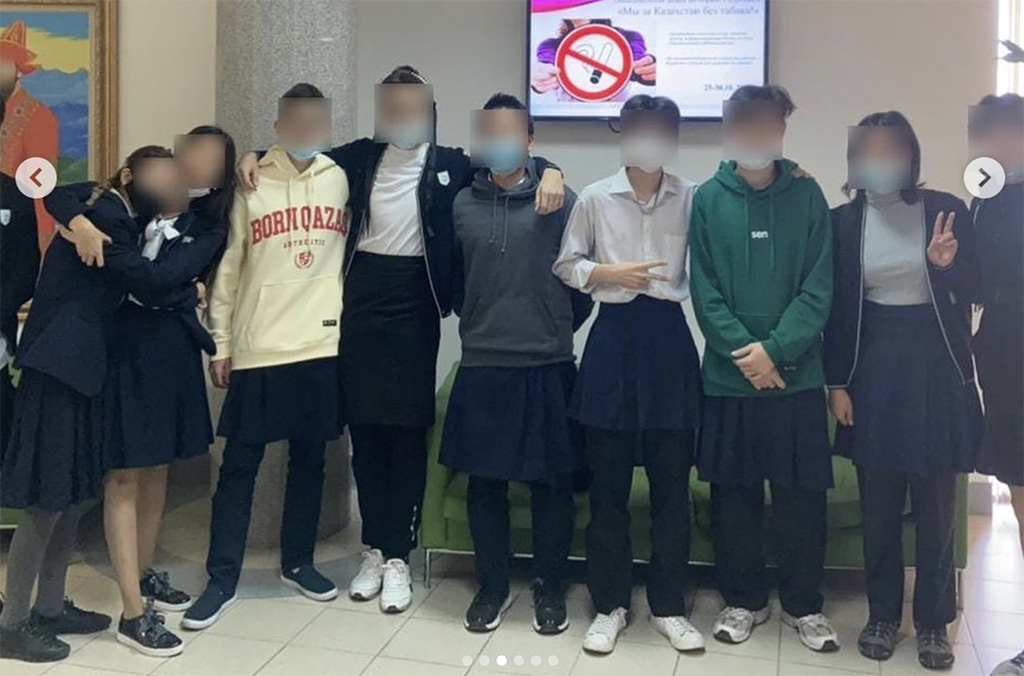 Boys at network of prestigious schools in Kazakhstan have been wearing skirts in solidarity with a classmate who killed himself after a costume party, allegedly following a stern reprimand from an administrator.

On October 27, Almaty’s Nazarbayev Intellectual School of Chemistry and Biology held a Harry Potter-themed autumn ball. Eighth-grader Sergey Kim appeared at the event dressed as one of the characters and wearing a skirt. A disapproving teacher took the boy to the school psychologist, then called his parents, who took him home. The next day Kim committed suicide by jumping out of his family’s 11th-floor apartment.

It is unclear what exactly drove the teenager to take his own life, but police have opened a criminal case under the article "incitement to suicide."

The day after the tragedy, dozens of boys at another Nazarbayev Intellectual School (NIS) – the schools are named for former president Nursultan Nazarbayev – came to class wearing skirts and held a protest under the slogan "Clothes Have No Gender." Some posted flyers around the school that read, "You Matter, Don't Be Silent,” and include the number for a suicide-prevention hotline. Many taped goodbye notes on Kim's locker.

Students are now protesting at several of the NIS schools in Almaty and the capital, saying the administration, whom they blame for fostering a culture of intolerance, has accused them of being members of a “gay sect.”

"We are all equal and have no right to harass, hurt, insult a person if he is different from us. We are very offended and upset [because of what happened], so we decided to self-organize," one of the protesters told Radio Azattyk, the Kazakh service of RFE/RL.

NIS graduate Dariga Zhanabayeva wrote on Instagram that teachers at the Nazarbayev schools make discriminatory jokes with impunity, which traumatize children. She said students will continue to fight "gender stereotypes and break the system” by exposing harassment on social media.

"We are tired of being silent," Zhanabayeva wrote.

NIS appears to be trying to distance itself from Kim’s death. In an October 29 statement, the administration denied putting pressure on Kim and stressed that the "accident" occurred "in the evening after school hours at home."

"We respect the position of the students who support the memory of [Sergey Kim]," the statement added.

Teenage suicide has been an acute problem in the country for many years. In 2008, Kazakhstan was the world leader in suicides in the 15-19 age group, according to UNICEF. In the following years, the number of such tragedies fell. But pandemic-related social isolation and financial problems appear to have caused a new spike.