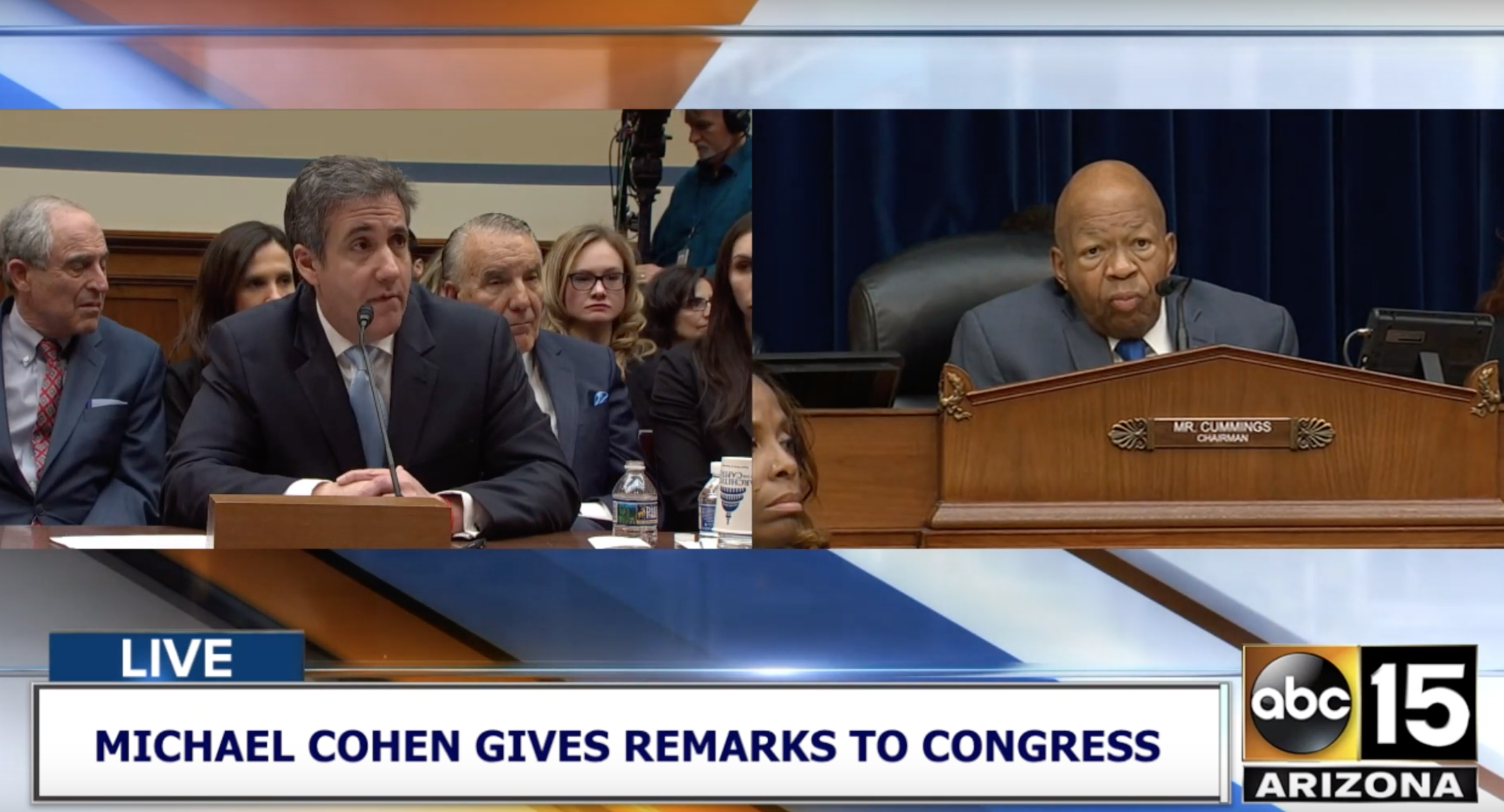 Televised footage of Michael Cohen responding to questions about BTA Bank during US congressional hearing on February 27.

Kazakhstan made a surprise appearance during a daylong testimony by President Donald Trump’s former personal lawyer before a U.S. congressional committee on February 27.

During the hearings, Michael Cohen, who is awaiting a three-year prison term after pleading guilty last year to committing criminal acts while working for Trump and then lying to Congress, revealed that he had been hired by Kazakhstan’s BTA Bank to help recover money allegedly laundered in the United States.

This disclosure was used against Cohen by Republican members on the committee to argue that his testimony was not credible as he had failed to disclose while compiling committee forms that he had secured contracts from foreign entities.

A Republican representative from North Carolina, Mark Meadows, pressed Cohen on the lack of disclosure.

“BTA Bank, did you get money from them?” barked Meadows. Cohen responded: “I did.”

“The former CEO of that bank had absconded with between $4 [billion] to $6 billion, and some of that money was here in the United States and they sought my assistance in terms of finding, locating that money and helping them to recollect it,” Cohen said.

BTA was once the largest bank in Kazakhstan but slumped under the weight of some $12 billion in debt while it was headed by a minister-turned-opposition figure Mukhtar Ablyazov.

Since Ablyazov fled in 2009, Astana has directed significant funds and diplomatic efforts into trying to extradite Ablyazov and recoup the $4 billion that they say he embezzled. Ablyazov has always strenuously denied the charges of embezzlement and has successfully fought attempts at extradition from his base in Europe.

This is not the only alleged instance of Ablyazov intersecting with Trump’s various business interests.

In January, Bloomberg news agency reported that Ilyas Khrapunov, son of a former mayor of Almaty, Viktor Khrapunov, tried to conceal emails detailing his efforts to buy condos at the Trump SoHo tower in Manhattan as part of a money-laundering scheme.

BTA claims that Viktor Kharpunov was an associate of Ablyazov.

BTA lawyer Matthew Schwartz said in a statement: “Michael Cohen was recommended to BTA Bank in 2017 as a person who had access to the best legal resources, and was hired by BTA to assemble a winning team.”

Cohen was paid $300,000 before the bank suspended their agreement.

“He did absolutely nothing of value,” Schwartz said.

The lawyer stated that the bank has cooperated fully with investigations into Cohen’s activities.