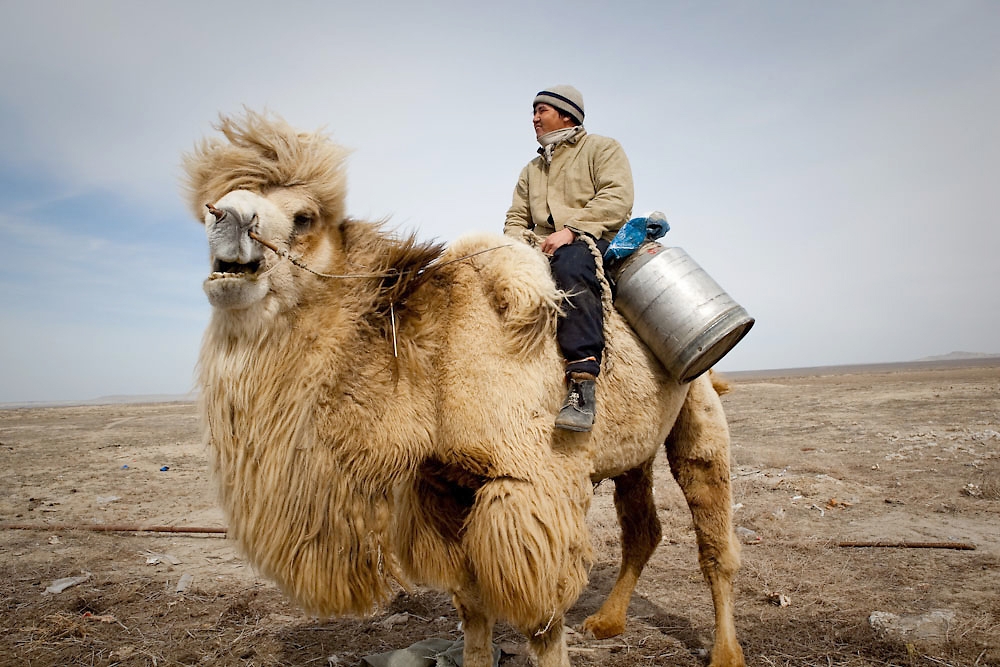 Last summer, before the fall of the ruble took the wind out of Russia’s sails, Russian leader Vladimir Putin memorably questioned the validity of Kazakhstan’s existence as a state. In what appears to be a direct response, Kazakhstan is entering the new year with grand plans for festivities celebrating over half a millennium of Kazakh statehood.

According to President Nursultan Nazarbayev’s version of history, the Kazakh people were carving out a proto-state on the steppes of Eurasia in the mid-1400s, a decade and a half before Russians shook off the Mongol-Tatar yoke on the way to creating their own state.

“[Khans] Kerey and Zhanibek created the first khanate in 1465, and the statehood of the Kazakhs dates to those times,” Nazarbayev said last fall when he announced plans for celebrations this year. “It may not have been a state in the modern understanding of this term, in the current borders. … [But] it is important that the foundation was laid then, and we are the people continuing the great deeds of our ancestors.”

Observers interpreted Nazarbayev’s celebrations of a khanate that lasted nearly four centuries as a riposte to comments made by Putin last August – and further evidence of how the Ukraine crisis is testing the traditionally tight-knit Russo-Kazakhstani alliance.

Putin claimed that Kazakhstani statehood is essentially an artificial construct that dates only to 1991, the year of the Soviet collapse. According to Putin, Nazarbayev “created a state on territory where no state had ever existed.”

Those comments caused outrage in Kazakhstan, where many interpreted them as a veiled threat -- coming at a time when Russia was encroaching on the sovereignty of another neighboring state, Ukraine.

Dr. Rico Isaacs of the UK's Oxford Brookes University, an expert on Kazakhstan and its nation-building efforts, agreed: “Of course it’s intrinsically linked to Russia, Ukraine and Putin’s comments about Kazakhstan’s statehood.”

Against this tense background, talk in Russia “that Kazakhstan isn’t a state, hasn’t had a history, hasn’t had borders … naturally makes the authorities [in Astana] wary,” Almaty-based analyst Aidos Sarym told EurasiaNet.org.

Designed to foster nation-building, the Kazakhstani celebrations in 2015 will harness the arts and popular culture to promote a patriotic message with a focus “on great events, great heroes,” says Satpayev. “The emergence of a consolidating idea – that’s what’s important: not so much statehood, but the idea of the consolidation of the Kazakhs, the creation of a single people.”

There is a risk that the celebrations will not have the desired effect of bringing various ethnic groups together, Isaacs said. He added that what appeals to one group may not appeal to another.

“Harking back to 1465 is really about appealing to ethnic Kazakhs,” Isaacs told EurasiaNet.org. “The fact that Kazakhstan is such a diverse nation is problematic, when it comes to ethnically exclusive discourse, such as this statehood celebration.”

Ever since independence, Astana has grappled with maintaining interethnic harmony among its 140 ethnic groups, particularly the two largest -- Kazakhs and Russians. Over two decades ago, Kazakhs comprised less than half the country’s overall population, but since then their share has risen to roughly two-thirds. Russians these days comprise 21 percent of the population, but their numbers are concentrated in the north, along Kazakhstan’s 7,000-kilometer frontier with Russia.

In response to the challenge, Nazarbayev stresses at every turn the importance of tolerance, unity, and ethnic harmony – and he has stepped up this type of rhetoric amid the ongoing troubles in Ukraine. Authorities have also made it clear that Astana will not tolerate ethnic or linguistic discrimination. In general, Kazakhstan has avoided interethnic friction. But over the past year, differing views on the Russo-Ukraine conflict have divided public opinion, thus complicating Nazarbayev’s juggling act.

Like the administration in Astana, ethnic Kazakhs tend to be wary of threats to sovereignty and nationhood emanating from Russia, while ethnic Russians in Kazakhstan broadly welcome the Kremlin’s self-appointed right to intervene in foreign countries to protect the interests of Russian speakers abroad.

Moscow is “the guarantor of our security … not against the current rulers but against the possible coming to power of radicals [in future],” Yevgeniy Cherkashin, a newspaper publisher in the north-eastern city of Oskemen told EurasiaNet.org earlier this year.

Mindful of competing ethnic agendas, Nazarbayev used Independence Day celebrations in December to issue a rousing call for patriotism and unity – and urge all citizens to defend Kazakhstan’s sovereignty, should the need arise.

“Independence was hard won by many generations of our ancestors, who defended our sacred land with blood and sweat,” he said. “Independence is the unflinching resolution of each citizen to defend Kazakhstan, their own home, and the motherland to the last drop of blood, as our heroic ancestors have bequeathed us.”