President Nursultan Nazarbayev approved the decree on the alphabet switchover once more without consulting the public. 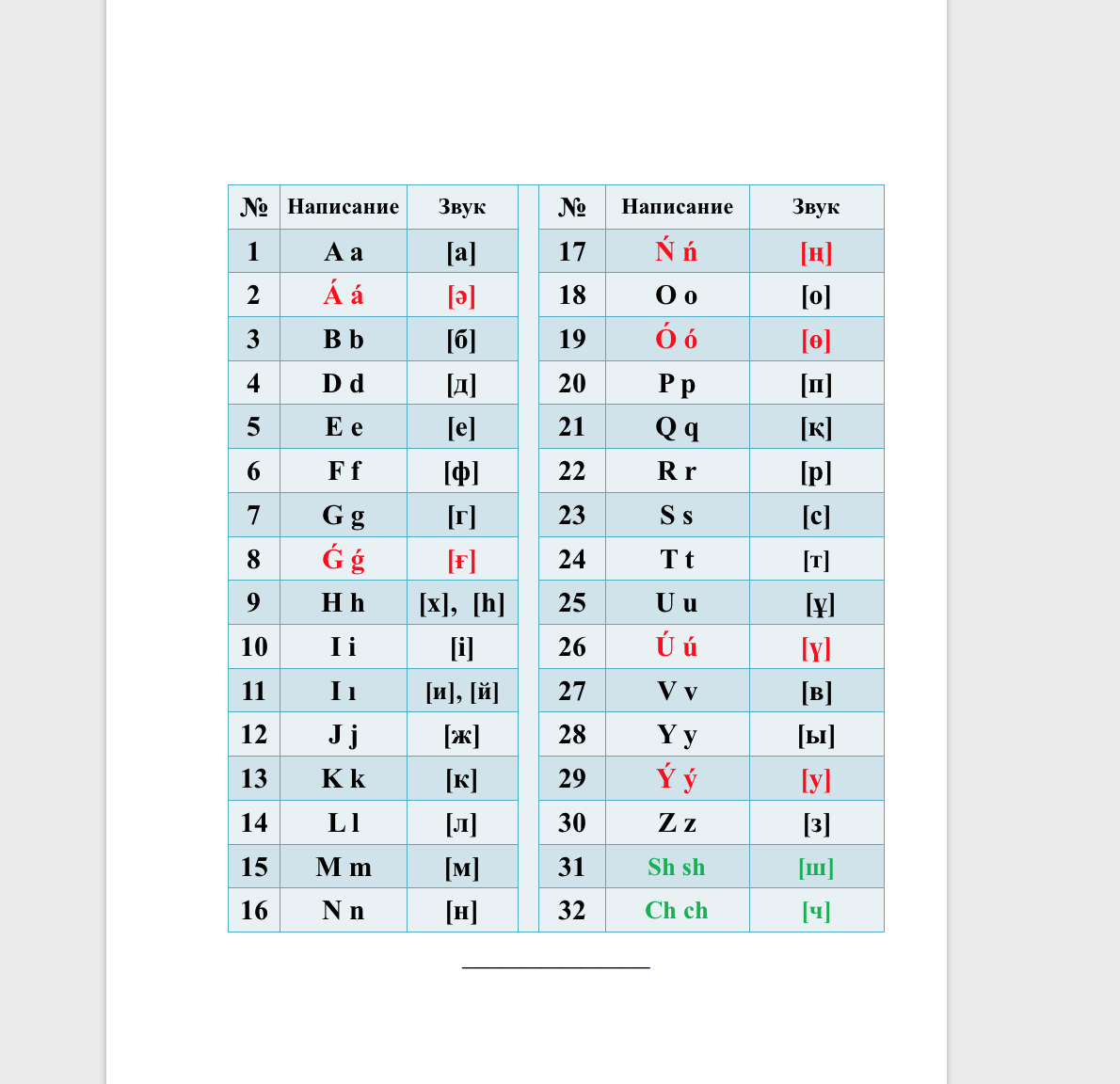 Kazakhstan's new alphabet will ditch the previously proposed apostrophes in favor of a more accent-heavy look.

Kazakhstan has barely had time to start getting used to its new alphabet before the president decided to put out a new one. In this version, the much-mocked apostrophes have been dropped in favor of accents above certain key letters.

President Nursultan Nazarbayev approved the decree on the alphabet switchover without warning on February 20 in evident recognition of the widespread mockery afforded to the previous version.

The new-look alphabet also has 32 letters, but there are some key differences. Most glaring is the abandonment of the requirement to add apostrophes to denote certain distinct sounds. So the letters a’, g’, n’, o’, u’, y’, which denote Kazakh-specific phonemes, will now be rendered with just an accent above them instead. Then there is the letter i with and without a dot — the latter being analogous to a character in the Turkish alphabet. The immediate obvious appeal of these modifications will be that writing these phonemes on a computer will require a single keystroke instead of two.

Finally, in a concession to an earlier proposed draft of the alphabet, other sounds specific to Kazakh will be rendered as sh and ch, instead of s’ and c’ as required under the previous incarnation.

Although Nazarbayev’s change of heart was effected with a typical lack of public consultation, the reaction is likely to be largely one of relief. The apostrophe-heavy version was roundly excoriated for its unwieldiness and visually unappealing look.

It has been a bumpy ride with one thing and another. Back in September, lawmakers were invited to consider a preliminary proposal that consisted of 25 characters — a vast departure from the 42-letter Cyrillic alphabet now in use. Seemingly ignoring most of what was said during the lively public conversation that followed, Nazarbayev in late October suddenly signed off on a 32-letter version that almost nobody had seen before and ordered officials to start ensuring that alphabet was put into place by 2025.

In January, the government announced it intended to embark on an “information campaign” — mainly concentrated at internet users — to popularize the advantages of the new system of writing. In 2018, 54.6 million tenge ($165,000) is to be allocated to developing apps to convert Kazakh text from Cyrillic to Latin. An exercise described as “explanatory work in social media through the engagement of bloggers” has been granted a budget of over 460 million tenge ($1.4 million) — an amount that shocked some media commentators. A smaller amount has also been set aside for creating audiovisual content — 168 million tenge ($500,000). The cost of organizing seminars, lectures and courses for the wider population has been set at 427 million tenge ($1.3 million).

Spare a thought for the early adopters.

One newspaper in northern Kazakhstan, Arqalyq Habary, must have imagined it was getting ahead of the pack in November when it began publishing with the new alphabet, but they will now have to change all over again. It was a similar story in the Gabit Musirepov district of the North Kazakhstan region, where officials boasted around the same time that they had become the first local authority to begin issuing letters to residents with the new script.