Officials say they want to help worthy charities, but often they just get in the way. 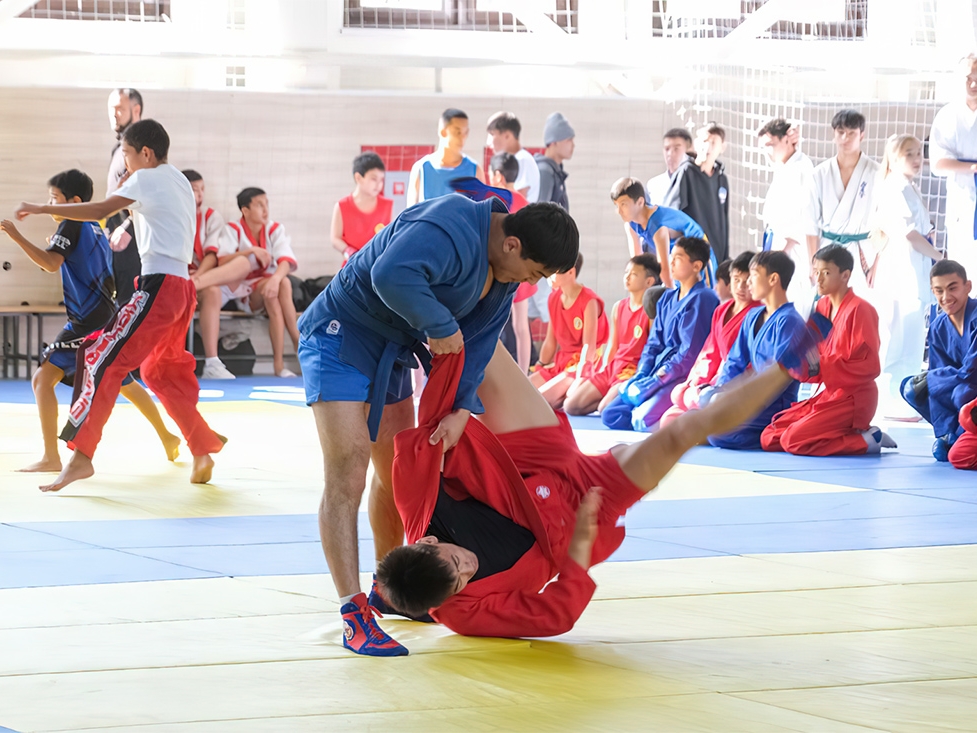 Doing charity work in league with Kazakhstan’s government is a recipe for disaster.

That is the stark warning issued by the head of a nongovernmental youth sports organization that has for years been engaged in a struggle with city authorities in Almaty to secure premises for a wrestling school that would cater to disadvantaged children.

“Do not engage in charity work in cooperation with the state. You will lose both time and money,” said Alfiya Ishchanova, the president of the Wrestling Development Foundation.

In 2018, Ishchanova’s fund managed to raise 100 million tenge (around $280,000 at the time) and secured provisional clearance from Almaty city hall to build a school on a 1,500-square-meter plot of land that the authorities themselves picked. Ishchanova declined to provide details about which parties donated those funds.

This promising start would quickly prove illusory. Over the years that followed, the process of completing the land transfer dragged on amid bureaucratic complications. Things ended unceremoniously in August, when the Social Enterprise Corporation, which operates under the aegis of the city hall and approved the land transfer in the first place, informed the Wrestling Development Foundation that it was “impossible” to proceed any further. The explanation they provided hinged on a technical objection over the foundation’s legal status.

Ishchanova was incensed. While officials make public pronouncements about needing to support social and charitable projects, they are in practice hindering such efforts, she said.

“Where do we see the reforms that should be improving life in this country?” Ishchanova told Eurasianet.

Yevgeny Metzger, a representative of the Social Enterprise Corporation, rejected the criticism, arguing that although the Wrestling Development Foundation’s application envisioned a quota for a certain number of children from low-income families training for free at its facilities, most of the classes would be paid.

Ishchanova dismissed this point. Her foundation is not commercial, she said, meaning it can only spend what money it generates on its statutory goals – the main one of which is cultivating a passion for wrestling among young people. Wrestling in Kazakhstan, as in some other Central Asia nations, has traditionally been tainted by its association with organized crime and even, in some situations, radical Islamism. The point of having paid services at the Wrestling Development Foundation’s gym was for it to remain self-sustaining and not have to rely on support from the state in future, Ishchanova said.

“Officials cannot understand that it is possible to engage in some projects without benefiting from them,” Ishchanova said.

There is some political background to this predicament. The Wrestling Development Foundation got its initial green light in another political season. After the bout of unrest seen in January, much of which was centered on Almaty, many government institutions have been revisiting historic approvals and arrangements. Ishchanova’s foundation appears to have fallen victim to this wave of bureaucratic undoing.

But the problems of the charitable sector go deeper than that, as the state ombudswoman for children’s rights, Aruzhan Sain, who has spent many years raising funds to help children suffering from incurable diseases, told Eurasianet.

Officials “are able to block any charitable project if they do not see any commercial interest or see that the initiative may affect their interests,” Sain said.

A specific example cited by Sain was the saga around the ArtSport state funding program for children’s sports and creativity, which was brought into existence at the urging of President Kassym-Jomart Tokayev in 2020. The project, which Sain says happened largely at her behest, officially got underway in May 2021.

In essence, it worked like this: Grassroots sports and cultural groups organized training, classes and other activities for children. The organizers would then go to ArtSport with an itemized rundown of their costs and the signatures of parents who took part in the activity. The expectation was then that they would be reimbursed for their expenses.

This initiative has since stalled, however, amid widespread allegations that the system was being exploited by fraudsters filing false claims.

Even the defenders of ArtSport concede there are some grounds to those allegations.

One Almaty resident who spoke to Eurasianet on condition that her name not be published said that in the summer of 2021, around the time of the launch of ArtSport, a children’s boxing club appeared in her neighborhood and announced it was offering free training sessions. The woman sent her nine-year-old son. After a few months, the club staff said that future sessions would have to be paid for, so her son stopped going to the classes.

Later, when the club became eligible for ArtSport funding, the woman was contacted by the management and asked if she could sign forms stating that her son had been attending classes all along, even in the months when he was absent.

“They asked me to fill out forms for the [ArtSport] program, as if my son was attending the sessions for free,” she said, explaining that her son had now returned to the gym and that she didn’t want to compromise his place there by openly speaking to the media.

The implication is that the club would have sought reimbursement from the state for lessons it had not given.

Sain said that she did not rule out that such incidents did take place, but she said this was an inevitable aspect of state programs designed to assist the public. When the digitalization of health services was being rolled out, swindlers created fake medical records so as to make fraudulent insurance claims.

ArtSport has grown used to identifying bogus claimants and has added them to a blacklist, Sain told Eurasianet.

The objections of some lawmakers and officials arises from their discomfiture at being shut out of a lucrative network of rent-seeking, Sain said.

“Officials have seen that the billions of tenge that they used to pilfer at professional sports clubs and various cultural events are now bypassing them to go for the funding of children’s sports and creative activities,” she said. “So they declared war on us using all means available, from administrative resources to their pocket media outlets and bloggers.”

Sain’s support for initiatives like ArtSport stems from her conviction that social problems are best addressed through effective grassroots efforts that provide assistance directly rather than through top-down initiatives dependent on the whims of individual bureaucrats.

“It is high time for officials to understand that times have changed, people have become more demanding and have realized that the budget is money which comes from them in the form of taxes,” Sain said.