Through her charity work, Aruzhan Sain has paid for hundreds of kids to get urgently needed operations abroad. 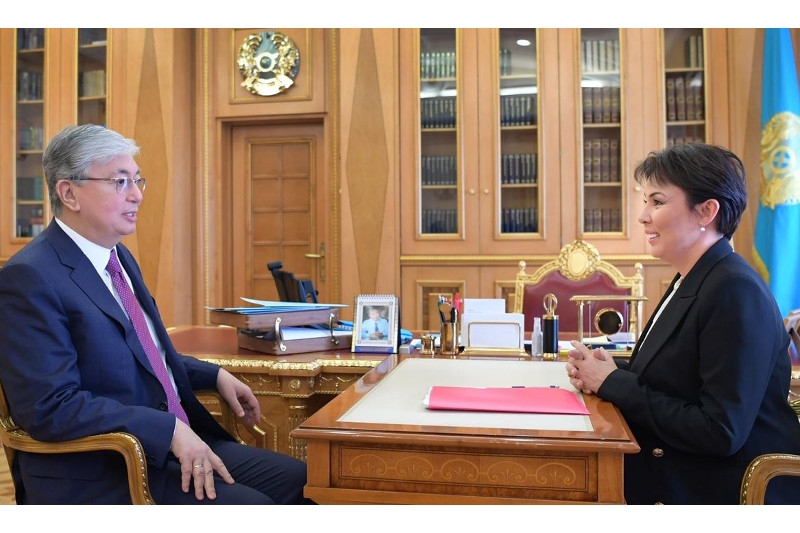 The government in Kazakhstan has appointed a TV personality much celebrated for her charity work as its new ombudswoman for children’s rights to widespread plaudits.

Aruzhan Sain, who was given the position by presidential decree on July 18, will differ from her predecessors in that she is not a career civil servant.

Children’s rights have become a subject of heated discussion in Kazakhstan in recent years and the authorities may hope Sain has both the skills to do the job and the profile to communicate her mission to the public.

Initial reaction has been positive.

“The appointment of Aruzhan as the ombudsperson for children’s rights is the most logical thing that has happened in this country over the last six months,” Vyacheslav Abramov, editor of Vlast news website, wrote on Twitter.

Sain, 42, is known to many for her frothy television personality. But she has earned a reputation by creating, in 2006, a charitable foundation that drums up money for children to go abroad and get medical treatment for serious conditions. Over 13 years, her foundation has paid for operations for more than 1,750 children.

Since the ombudsperson position was created in 2016, it has lurched from one mishap to another, invariably wrecking the reputation of whoever has taken on the job. Appointees have been high-ranking officials with little experience in relevant areas.

Zagipa Baliyeva, a member of parliament with the ruling Nur Otan party and a former minister, got the chop last June following a grisly episode involving the suspected rape of a seven-year-old child. This deeply sensitive case was turned – in no small part because of Baliyeva’s conduct – into a media circus. In the wake of the welter of criticism that followed when Baliyeva violated the privacy of the alleged victim’s family, she was forced to fall on her sword.

Next came Saule Aitpayeva, another MP, but this time with a military background and 30 years of experience working in the prosecutor’s office.

The children’s ombudsperson job is deeply sensitive, and a tough one too in Kazakhstan, which is afflicted by high rates of suicide among young teenagers, violence in schools and a chronic pattern of abuse in children’s homes.

The day before Sain was appointed, Human Rights Watch issued a report highlighting the frequency with which the residents of state institutions for disabled children in Kazakhstan faced violence, sedation and other forms of neglect.

“Kazakhstan should call a halt to these abusive practices and urgently develop a way for children with disabilities and their families to get the services they need to protect their right to a family life,” Mihra Rittmann, a Central Asia researcher at Human Rights Watch, said in a statement accompanying the report.

According to the government, there more than 2,000 children living across 19 such institutions.

What remains now is to see whether Sain will be given the resources and space to make a real impact.