Kazakhstan, China hold talks on fate of diaspora in Xinjiang 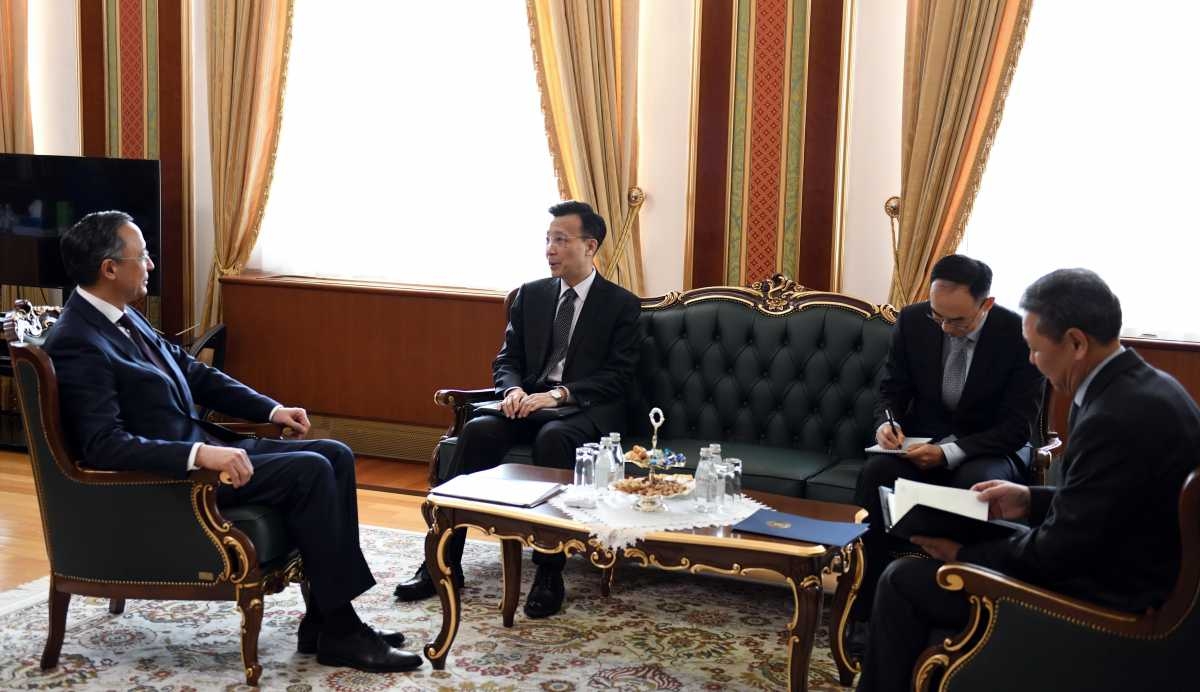 Kazakhstan’s top diplomat met last week with China’s representative in Astana for consultations on the fate of ethnic Kazakhs in Xinjiang province, which has become object of increased attention in recent months, as part of a professed diplomatic effort to address the issue.

Activists monitoring the situation are skeptical such talks will produce useful results.

A Foreign Ministry press release from November 9 stated that in addition to routine discussions on bilateral matters, Kairat Abdrakhmanov’s encounter with Ambassador Zhang Xiao, who took up his post in August, also dwelled on the status of the roughly 1.6 million ethnic Kazakhs in the Xinjiang Uighur Autonomous Region.

“Both sides agreed that the large Kazakh diaspora in China is viewed as a kind of ‘living bridge’ between Kazakhstan and China,” the ministry said, adding that any questions on the rights of ethnic Kazakhs would be resolved on the basis of “mutual trust, good neighborliness and respect.”

Language like “mutual trust, good neighborliness and respect” is typically deployed as diplomatic way of drawing red lines and discouraging partner nations from anything that could be perceived as untoward meddling.

For all the positive language emerging from the diplomatic talks, reporting indicates that the Kazakh diaspora, along with other Turkic populations in Xinjiang, most notably the Uyghurs, live under an unrelenting regime of oppression. As Kazakhs from China have revealed in detail, Xinjiang is host to many so-called ideological training camps in which people are held against their will and subjected to endless hours of patriotic conditioning.

Uyghurs have been target of discriminatory treatment for decades, but attention has turned increasingly — especially inside Kazakhstan — to their co-religionists among the Kazakh minority.

Beijing casts it actions in Xinjiang as a battle against religious extremism and separatism.

Western countries, including the United States, Germany, France and Canada, urged Beijing on November 6, during the United Nations Universal Periodic Review of China’s human rights record, to close down the Xinjiang camps.

According to estimates reproduced by a U.S. congressional committee, there may be up to a million Muslims currently incarcerated in Chinese political re-training camps.

China has responded testily to such allegations and criticism.

“We will not accept the politically driven accusations from a few countries that are fraught with biases, with total disregard for facts,” China’s vice foreign minister Le Yucheng was quoted as saying by the Guardian newspaper. “No country shall dictate the definition of democracy and human rights.”

Almaty-based rights activist Serikzhan Bilash, who is himself originally from China, is scornful. While Astana claims in public it is working to help its kinfolk, in reality it is doing very little, he told Eurasianet.