The pair tried to apply for asylum. 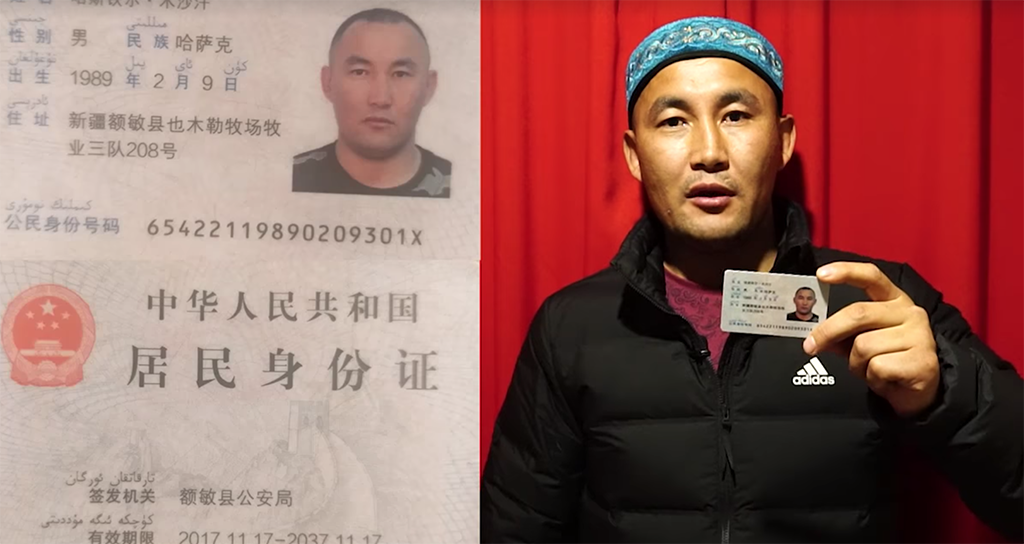 Two ethnic Kazakh citizens of China who unlawfully smuggled their way into Kazakhstan to flee what they say was systematic repression have been arrested and will likely soon face trial in a remote region of the country.

The men, Kaster Musakhan and Murager Alimuly, were arrested on October 14, following a press conference in Almaty in which they stated their intent to apply for asylum in Kazakhstan. Before they were able to file their petition with the migration police, however, they were detained by border service personnel from the National Security Committee, or KNB.

“When we turned up [at the offices of the migration police], they were closed for lunch,” activist Bekzat Maksutkhan, who accompanied Musakhan and Alimuly, told Eurasianet.

Maksutkhan said three lawyers have come forward expressing their readiness to represent the two men, but that only one of them, Bauyrzhan Azanov, has so far been granted access.

Musakhan and Alimuly went public last week with their story. They say that they are from China’s Xinjiang Uyghur Autonomous Region and that they were prompted by years of abuse at the hands of Chinese authorities to plot their flight. In video testimonies, the men explained that they slipped across the border on October 1 and then travelled hundreds of kilometers to Almaty, where they shared their story with activists and journalists.

The unregistered wing of the Atajurt movement, which has for years been campaigning to draw international attention to the plight of ethnic Kazakhs in China, had kept the men in an undisclosed location for more than a week.

Beijing strenuously denies the mounting international claims that it is implementing a systematic policy to obliterate the beliefs and customs of the ethnic Uyghurs, Kazakhs, Kyrgyz and other traditionally Muslim minorities that populate the country’s western regions. It insists the incarceration camps that have been scrupulously documented by activists and journalists over the last few years are intended as centers of vocational training.

In addition to talking about their plans to apply for asylum, Musakhan and Alimuly spoke at the press conference about their personal background and provenance.

“Durbilzhin is a small district [in Xinjiang region’s Ili Kazakh Autonomous Prefecture] and it has nine camps,” said Alimuly, 25. Inside the camps “there are people as old as 80 and others as young as 20.”

Alimuly claimed that even the most inoffensive gestures – such as wearing a beard or uttering characteristically Islamic phrases out loud – have over the past few years proven enough to land people in the camps.

“People are buried without [Islamic burial rituals]. And these days you will not see the crescent moon in cemeteries,” Alimuly said.

Alimuly said that over the last two months, he has been detained twice, on each occasion for periods of 24 hours.

“They tortured me for the entire 24 hours,” Alimuly said.

Kaster Musakhan, 30, said that the Chinese authorities arrested him in March 2013 and released him in November 2017. He was then placed under house arrest for a period of 16 months, Musakhan said.

Musakhan said charges leveled against him were for purportedly participating in public protests by ethnic Uyghurs in Xinjiang region’s capital Urumqi in 2009.

“I lived in Urumqi for three years, but left the city a month before the protests,” he said.

Musakhan and Alimuly will prove a headache for officials in Nur-Sultan, formerly Astana.

Most pressingly, they will again place the Kazakh government in the awkward position of having to prioritize between its relations with important economic partner China, which will almost certainly push hard to have the men returned forthwith, and the increasingly inflamed sentiments of Kazakh nationalists and people exercised by Beijing’s excessive clout.

Officials mostly fumbled the case of Sayragul Sauytbay, an ethnic Kazakh woman who likewise entered Kazakhstan unlawfully in 2018. After being threatened with deportation back to China, Sauytbay was eventually granted leave to remain and has since been permitted to relocate to Sweden with her family.

The two men are already bracing to cause embarrassment by undermining the face-saving narrative of the government, which has insisted previously, albeit in very confused and unclear terms, that it has received assurances from Beijing that no Kazakhs are being held in the camps.

“It has been confirmed that there are no ethnic Kazakhs in re-education camps in China,” Foreign Minister Mukhtar Tileuberdi said on October 4, utilizing Beijing’s preferred nomenclature for the camps.

Musakhan said that this was far from the truth.

“If they release five, they would right away detain 20,” Musakhan said. “My brother was arrested in 2016 and we still don’t know what happened to him. We are afraid to ask. They could detain us as well.”

Because Musakhan and Alimuly have asserted that they slipped into the country at a far-flung location in the East Kazakhstan region, it is probably there that they will be tried, Azanov, the lawyer, has said.

Activists from the unregistered Atajurt organization are expected to monitor the case, but the remoteness of the location means that media scrutiny will likely be limited. If they are found guilty of violating the law by crossing into Kazakhstan improperly, which is more than a certainty as things stand, deportation to China will probably follow.