Kazakhstan Chocolate: Everyone Wants a Bite 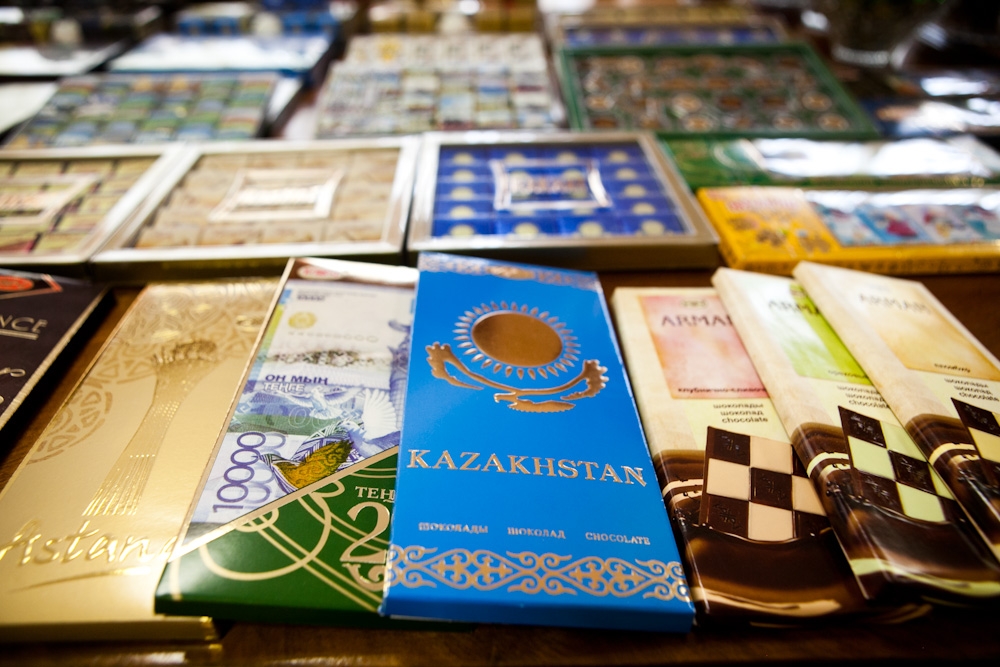 Foreign firms are lining up to take a bite out of Kazakhstan’s lucrative chocolate market. Beloved local chocolatier Rakhat is tempting a South Korean investor, while Turkey's Ülker has recently expanded its Kazakhstan candy operations. In July, Seoul-based Lotte Confectionery announced plans to takeover Almaty's Rakhat, which EurasiaNet.org featured in March. The deal will see Lotte buy 76 percent of Rakhat's common shares for an estimated $157 million, valuing the company at $43.5 per share, a premium of around 30 percent on the current share price listed on the Kazakhstan Stock Exchange. The Koreans are not the only ones moving into the Kazakh market. Ülker, a Turkish packaged food producer that has been active in the country for over 10 years, recently launched a rival to Rakhat's best-selling “Kazakhstan” chocolate bar with its own take on, yep, “Kazakhstan” chocolate. Rakhat, which has operated in Almaty continuously since 1942, features on its packaging a golden eagle flying under a yellow sun on a blue background, a theme resembling Kazakhstan's national flag. Ülker's packaging echoes Rakhat's and features Bayterek, Astana's iconic tower, on a blue and yellow background.Bayan Sulu, another local chocolate manufacturer, has also tapped into the growing appetite for patriotic-looking candy with its own “Kazakhstanski” chocolate: Its wrapper features a map of Kazakhstan. With Russia pressuring Kazakhstan to join what looks like a trade war against Ukraine -- starting with a possible ban on imports of Ukrainian chocolate -- these companies are expanding just in time to grab a potentially greater share of Kazakhstan's chocolate market.