Abzhan is accused of trying to extort a businessman of over $100,000. 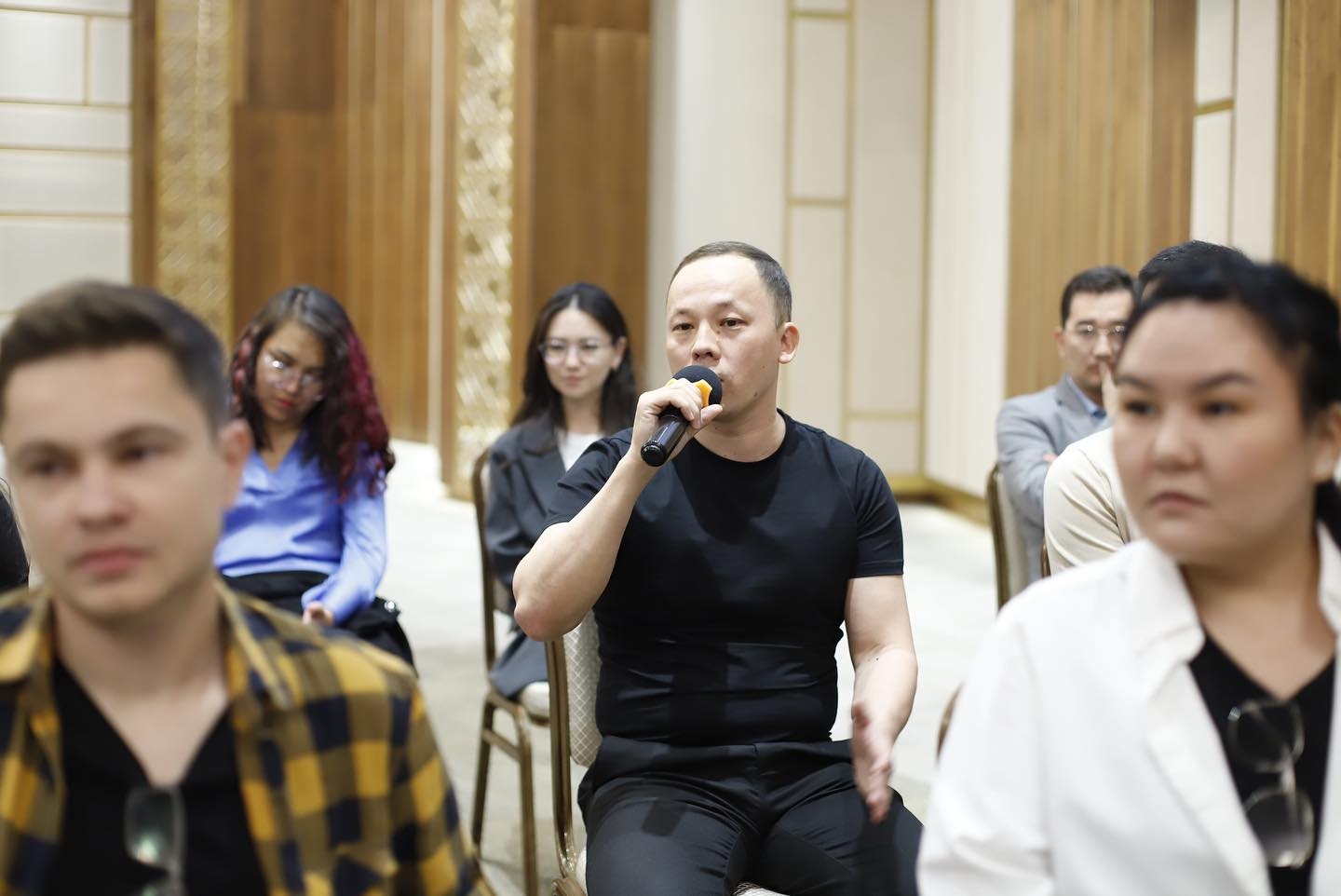 Abzhan speaking at a media event in May. (Photo: Facebook)

A court in Kazakhstan’s capital has ordered that a muck-raking citizen journalist be placed in jail for two months pending an investigation into claims that he sought to extort around $107,000 from a local businessman.

Makhambet Abzhan, who was detained by anti-corruption officials on July 3, is said by media freedoms advocates to be the only journalist behind bars in Kazakhstan at present.

A group of Abzhan supporters mounted a vigil outside the Nur-Sultan courthouse on two successive days until the journalist’s case was heard on July 5. After many hours of waiting, the crowd was informed by Abzhan’s lawyer, Bauyrzhan Azanov, that the journalist would be held until further investigations is conducted.

Azanov complained that he believes the investigation should be conducted by the Interior Ministry and not the anti-corruption service.

A video released by the anti-corruption service on July 3 showed images of officers counting stacks of money on the sidewalk as two black-masked men in military fatigues held onto Abzhan. It is alleged that Abzhan had extorted the money in return for not disclosing damaging information about his victim.

Among the crowd of Abzhan sympathizers were Gulzira Dusembayeva, his wife of three weeks, his parents and brother, along with several activists.

“My husband believes in good things and that injustice can’t last forever. I thought we were going to live a free and happy life,” she said before bursting into tears.

Fellow citizen journalists outside the courthouse were dismissive of the charges.

“This is some sort of political hunt against Abzhan,” said one of them, Rafik Jarylkassymov. “In Kazakhstan we don’t have much of an independent media and every time someone tries, the government suffocates them.”

Adil Soz, an Almaty-based media advocacy group, told Eurasianet that it believes Abzhan is the only journalist in Kazakhstan currently being held by the police. It too has expressed skepticism over the veracity of the charges.

“The government never charges journalists with something to do with their journalism,” said Madina Alimhanova, project manager for Adil Soz. “It’s always some other crime not directly connected.”

Alimhanova said the government’s quick release of a video and press release only minutes after the reporter’s detention was suspicious.

Abzhan predicted his own fate on his Telegram channel on the evening of July 2. In order to make the case against him not appear political, investigators would charge him with either insulting the president or an economic crime, he speculated.

Abzhan has courted trouble with Kazakhstan’s authorities by reporting on subjects generally considered taboo. One article dwelled on the nephew of President Kassym-Jomart Tokayev. Most recently, his Telegram channel actively covered the violent unrest that unfolded over the weekend in neighboring Uzbekistan’s semi-autonomous republic of Karakalpakstan. The extent of his coverage elicited muted grumbling among some Uzbek officials about the undue influence of civil society activists in neighboring Kazakhstan.

Azanov, the lawyer, said he has talked with his client several times since his detention and described the journalist as calm and brave.

“These charges are related to his journalism,” he said. “This is an assault on Makhambet Abzhan. The case is not justified.”

Azanov said his client had already prevailed twice in cases against him this past year – one civil and the other criminal. In the defamation case, the plaintiff withdrew the lawsuit. Following the bloody protests in January, state investigators accused Abzhan of instigating an unlawful rally and insulting the police, but that case too was dismissed, Azanov said.

Abzhan’s wife is quietly confident her husband will be absolved of the charges this time around too.

“I am nervous and I worry, of course,” said Dusembayeva. “But I also believe in miracles.”