Kazakhstan’s largest bank has also suspended use of a popular Russian payment card. 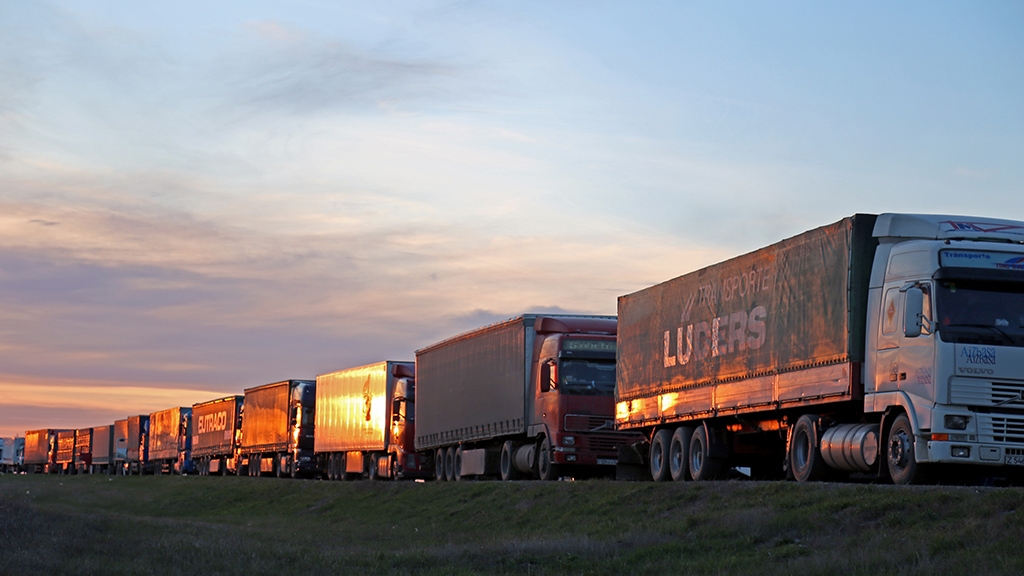 Your papers, please: Trucks from Russia will no longer be allowed to flout the rules. (Roman Korotkov/Shutterstock)

Astana has closed a loophole that was allowing Russian and Belarusian truckers to bring European Union cargo across Russia to Kazakhstan without the correct paperwork.

On September 20 Astana explained that truckers must comply with a rule requiring them to present two documents: one from the cargo’s place of origin, and one from the place where it has been reloaded onto Russian or Belarusian trucks for transportation out of the EU and onward to Kazakhstan.

With Russian and Belarusian trucks banned from the EU, they will struggle to secure those documents.

“Since the introduction of sanctions by the European side against Russian and Belarusian haulers, most cargo loads from European countries to Kazakhstan are currently carried out via load switching (reloading) of cargos at terminals located on Belarusian border territories,” the Ministry for Industry and Infrastructure Development said.

Many countries, including Kazakhstan, ban load switching to protect their own truckers’ interests.

Russia and Belarus had bans in place that they lifted after sanctions were imposed at the start of the Kremlin’s war on Ukraine, to allow haulage companies more freedom of maneuver as business with Europe ground to a halt.

That was done without consultation with fellow EAEU member Kazakhstan, which subsequently, after talks with the Russians, exempted Russian and Belarusian rig drivers from the ban on load switching from July 1 to the end of 2023, as a “goodwill gesture.”

That was to the chagrin of Kazakh drivers.

Atameken, a business lobby association, warned at the time that it could reduce Kazakh truckers’ share of the market on international routes to Kazakhstan, already low at 31 percent, to just 10 percent.

Russian truckers say they were not previously being asked on the Kazakh border for a permit issued within the EU, Izvestiya reported.

But Astana insisted this had been the rule all along.

“A reminder of the rules of application of the regulatory approval system when transporting cargos from third countries via load switching and the need for foreign haulers to observe it has been sent to countries of the EU, EAEU, CIS, Ukraine and Georgia,” the ministry said.

The reminder came just as Halyk Bank, Kazakhstan’s largest, suspended the use of Russia's Mir payment cards – one of the few cards still available to Russian bank clients – after a U.S. Treasury Department warning that sanctions could be imposed on institutions accepting them