Over the past two decades, the president’s office has instituted at least six ad hoc commissions to defuse some kind of political impasse. The latest is not off to an auspicious start. 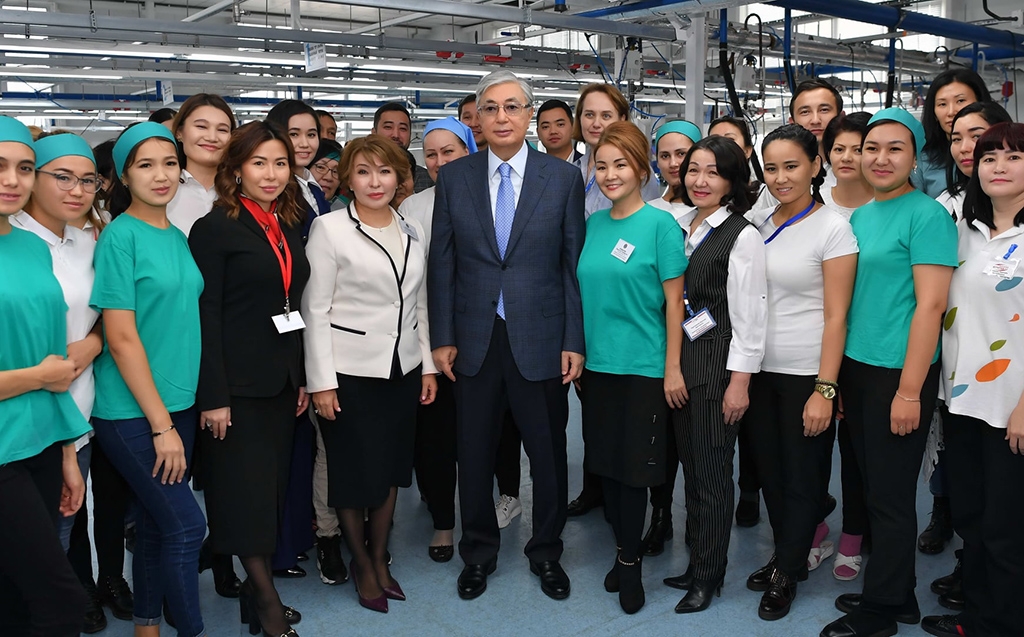 When it became evident that Kassym-Jomart Tokayev, 66, a lifelong apparatchik, was to become Kazakhstan’s new president, the development generated little enthusiasm.

Some of those not reeling from the shock of Nursultan Nazarbayev leaving a job he had held for three decades took to the streets. For them, Tokayev was more of the same.

In defiance of the robust policing, the demonstrations kept happening, including on June 9, the day that Tokayev was formally enshrined in office by means of a rushed, one-horse contest of an election. Thousands were detained.

Spooked by this unusual surge of public discontent, the freshly installed presidential administration quickly turned to a tried and tested solution. Tokayev approved the creation of a body called the National Council of Public Confidence, which would become a forum for activists to voice their demands before the country’s leadership.

“The council will include representatives from all across society, including young people,” Tokayev said in a June 12 speech.

Among the activist movement bubbling up around the time, the reaction was profoundly skeptical.

Almaty-based Alnur Ilyashev, 42, said he was invited to join the council, but refused.

“They always do this during political crises and it never brings about real changes,” Ilyashev told Eurasianet.

Prominent members of Oyan, Qazaqstan (Wake up, Kazakhstan), a largely youth-driven movement obliquely praised by Tokayev, argue that the government is already perfectly well aware of what needs to be done.

“The demands are simple: fair elections, the cessation of repressions against journalists and activists, and a new law on political parties,” said Asem Zhapisheva, a leading figure in the movement.

Ilyashev and Oyan, Qazaqstan have not been alone in boycotting the council.

Margulan Seisembayev, 53, an entrepreneur distinct from many of his peers for his willingness to call actively for reforms, posted on Facebook to say that the authorities had already expended their reserves of trust. Seisembayev said that only if the government agreed to halt censoring the internet, release political prisoners and to free people imprisoned for their involvement in protests would he get involved.

“Otherwise, any negotiations would be immoral,” he wrote.

Disregarding such protestations, the Akorda pushed ahead. Tokayev issued a decree on July 17 outlining the rules and composition of the council. The wording of the document was similar in many respects to those describing the earlier government consultation exercises.

The 44-person body would include an array of public figures – activists, lawyers, political commentators, members of parliament – as well as the president, his chief of staff and a trusted advisor. A notable number of these people were drawn from organizations sympathetic to the authorities.

“I do not deny that mistakes have been made by the government in the past. But we need to do something right now,” council member Askhat Sadyrbai, 33, a leader of the Team Qazaqstan organization created to support Tokayev’s election campaign, told Eurasianet. “I prefer actions to words.”

Bakhytzhan Bukharbai, 32, an Almaty-based publisher, was initially opposed to the council.

“The council has one single purpose: to make the people forget about the elections and the scandal around them,” he wrote in a June 20 Facebook post.

A few days after writing those words, however, Bukharbai, would have his mind changed by a dramatic event. On June 24, an explosion at an ammunitions warehouse on the edge of a town in southern Kazakhstan called Arys forced thousands to flee their homes. Bukharbai traveled to Arys and volunteered to help find lost children.

The way he saw it, his armchair activism could do little to help those children, who reminded Bukharbai so much of his own daughters, and the same went for Kazakhstan as a whole.

“Some time after, I got a call from the presidential administration offering me to be a council member. I consented because I would get a chance to deliver what I was writing on Facebook directly to the president,” Bukharbai said.

The council had its first preliminary meeting without Tokayev on August 28. Members were split into three groups, focusing on economic, political and social affairs. Another session on September 6, this time with the president, lasted a couple of hours. Following Tokayev’s introduction, speakers took turns with their proposals.

This was, by some accounts, an underwhelming affair.

Seidakhmet Kuttykadam, a veteran journalist, heaped praise on Tokayev. Ermek Tursunov, a screenwriter and director, talked about culture. And Kazybek Isa, a poet, spent 10 minutes speaking about the status of the Kazakh language and history.

“What Kazybek Isa did was too much. He wasted such valuable time and opportunity,” said Sadyrbai of Team Qazaqstan.

“Ok, we can accept that language is relevant. But talking about Jochi Khan…? I don’t know,” said Sadyrbai, alluding to the point when Isa brought up the son of Genghis Khan that Kazakhs believe to buried on their land.

Some did manage to convey the sentiments of protestors.

“What Umarova raised was important. But we all know what happened next. They sentenced Batyrbekov,” said Zhapisheva, alluding to the journalist Amangeldy Batyrbekov, who was in September sentenced to more than two years in prison on defamation charges.

Yerlan Karin, a senior aide to Tokayev and the secretary of the council, said in an interview last week that a document based on the more than 70 proposals coming out of the consultation exercise is due to be published in November.

Working out what initiatives will emerge from the council is pure guesswork at this stage, but the activists who boycotted the exercise know what they think is a priority. At the moment, registering political parties is a major headache. For a movement to get that authorization, it must have at least 40,000 members and no fewer than 1,000 people are required to attend the party’s constituent congress.

Ilyashev believes the member threshold should be reduced to 5,000 and that 100 attendees should be sufficient to hold a constituent congress. His ally, Zhapisheva, has no doubts why this change is unlikely to happen though.

“For a population of 17 million people, 40,000 is too much. Only Nur Otan [the ruling party] is capable of doing that,” she said. “They will not implement these changes, because it would mean that they would lose power.”